How One Drug Could Affect Pain, Memory and Nicotine Addiction 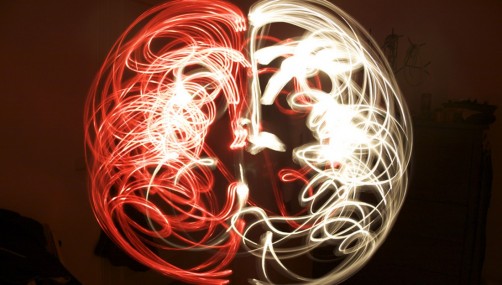 Newswise — Although pain, memory and nicotine addiction may not seem to be related, they actually share a common player: the nicotinic acetylcholine receptors. That’s why Texas A&M researchers are working to develop drugs to enhance the function of these receptors in the brain, which could have three very different applications: easing pain, slowing the cognitive decline associated with Alzheimer’s and other neuropsychiatric diseases and making it easier for people to stop smoking.

All of these functions—and many more, from muscle contraction to modulation of sleep, attention, learning and memory—involve nicotinic acetylcholine receptors, which come in different varieties that determine their role.

“Based on their location and subunit composition, nicotinic acetylcholine receptors have different functions, biophysical properties and pharmacological characteristics,” said Ayman K. Hamouda, BPharm, PhD, assistant professor in the Department of Pharmaceutical Sciences at the Texas A&M College of Pharmacy and the Department of Neuroscience & Experimental Therapeutics at the Texas A&M College of Medicine. “We’re trying to develop drugs to modulate those functions, but in a far more selective way than anything currently on the market.”

As everyone knows, nicotine is a highly addictive substance, which is why it is so difficult to quit smoking. Other than nicotine replacement therapy like nicotine patches or gum, the drug varenicline is the only nicotinic agonist that is approved by the Food and Drug Administration and clinically available in United States. However, it is hindered by low success rates (22 percent of people, at best, aren’t smoking a year later) and serious side effects like depression and suicidal thoughts occur fairly often. This is because available agonists bind at different nicotine receptors. Some of these interactions are good, because they help someone to quit smoking, but others cause these side effects. “If we can replace nicotine with a more selective and safer drug that’s not addictive, that would be great,” Hamouda said.

Hamouda’s approach is to develop positive allosteric modulators, which enhance acetylcholine-mediated effects by binding at sites distinct from the acetylcholine binding sites. In this way, it will enhance, but not replace, acetylcholine in the brain. In other words, it will have a booster effect on the receptor, like a tool that could fit in one specific place in a car and encourage the driver—acetylcholine in this case—to drive faster. However, unlike other types of drugs that actually replace the driver, this metaphorical car will never move unless acetylcholine is also present to act as the driver.

“We think our approach will be safer because we’re not changing the pattern of neural activity,” Hamouda said. “Instead, we’re changing the extent of neural activity so that the same signal that the brain designed is now at a higher level.” However, it is much more difficult to develop a clinically relevant positive allosteric modulator. “We don’t have a perfect 3-D structure of the human nicotinic receptors, nor do we know the number and location of allosteric binding sites,” he added. “Thus, it is unfeasible to design positive allosteric modulators a priori.”

To accomplish this, Hamouda and his team use site-directed mutagenesis to substitute specific amino acid residues within a nicotinic acetylcholine receptor structure. They then evaluate the effect of these changes on the interaction of nicotinic receptor and positive allosteric modulators. In research published this week in the Journal of Biological Chemistry, using this approach along with computational analyses, Hamouda and his team identified a novel binding site for positive allosteric modulators that is unique to a small subpopulation of nicotinic acetylcholine receptors.

“This study provides structural information that will make our mission to find a drug that bind to a less-conserved part of nicotinic receptors easier,” said Farah Deba, PhD, a postdoctoral research associate and a co-author in this study. Now that the team has a good starting point and a site to target, they have started using structure-based drug design to build novel compounds and teaming up with Hamed Aly-Ismail, BPharm, PhD, a synthetic chemist and assistant professor of pharmaceutical sciences at the College of Pharmacy, to synthesize these compounds.

One often-overlooked property of nicotine is its ability to enhance memory. In fact, loss of cholinergic neurons and decrease in the number of brain nicotinic acetylcholine receptors are among the first deficits characteristic of Alzheimer’s disease. “The drugs that we are trying to develop will make the remaining receptors work harder, which should help enhance memory in people with less-than-optimal levels of acetylcholine receptors,” Hamouda said.

A third possible application for a drug that acts on nicotinic acetylcholine receptors is alleviating pain while avoiding the abuse potential associated with opioid analgesics. “We are examining the anti-nociceptive effects of a naturally occurring positive allosteric modulator of a particular nicotinic acetylcholine receptor in an animal model of acute pain,” Deba said. “The results are still preliminary but very promising.”

“We think this drug might also help with opioid abuse, if it can indeed treat pain without any addictive qualities,” Hamouda said.

“I’m a pharmacist, so I want to develop drugs to bind to these receptors,” Hamouda added. “We’re not there yet; there is a lot to be done to understand the in vitro and in vivo pharmacology of these compounds, but we’re closer than ever to this goal.”