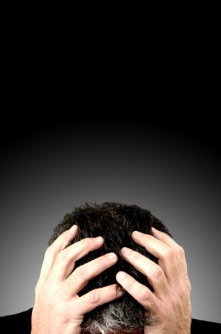 Newswise — Depression is a known risk factor for cardiovascular disease, but as a personâ€™s depression improves â€” or grows worse â€” their risk for heart disease has remained largely unknown. But now, a new study by researchers at the Intermountain Medical Center Heart Institute in Salt Lake City found that effectively treating depression can reduce a patientâ€™s chance of having a stroke, heart failure, a heart attack or death.

In fact, effective treatment for depression can reduce a patientâ€™s heart risks to the same level as those who never had short-term depression, the study found. â€śOur study shows that prompt, effective treatment of depression appears to improve the risk of poor heart health,â€ť said Heidi May, PhD, a cardiovascular epidemiologist with the Intermountain Medical Center Heart Institute.

Dr. May will present her findings at the 2016 American College of Cardiology Scientific Sessions in Chicago on April 2 at 2:45 p.m., CDT.

Dr. May and her team found answers to these questions by studying data compiled in Intermountain Healthcareâ€™s depression registry, a database of more than 100,000 patients.

â€śThereâ€™s little publically-available data about this question,â€ť Dr. May said. â€śBut now with the help of Intermountainâ€™s depression registry, we have the ability to start answering some of these difficult questions.â€ť

The Intermountain Medical Center Heart research team compiled information from 7,550 patients who completed at least two depression questionnaires over the course of one to two years.

Patients were categorized based on the results of their survey as never depressed, no longer depressed, remained depressed, or became depressed. Following each patientâ€™s completion of the last questionnaire, patients were followed to see if they had any major cardiovascular problems such as a stroke, heart failure, heart attack or death.

At the conclusion of the study, 4.6 percent of patients who were no longer depressed had a similar occurrence of major cardiovascular complications as those who had no depression at all (4.8 percent).

Those who remained depressed, however, and those who became depressed throughout the study, had increased occurrences of major cardiovascular problems â€” their rates were 6 and 6.4 percent, respectively. Treatment for depression resulted in a decreased risk of cardiovascular risk that was similar to someone who didnâ€™t have depression.

As for the practical application of this study, Dr. May said the research indicates that effective treatment for depression decreases the risk of having cardiovascular problems in the short term, but further study is needed to identify exactly what that treatment should include.

â€śWhat weâ€™ve done thus far is simply observe data that has previously been collected,â€ť Dr. May said. â€śIn order to dig deeper, we need do a full clinical trial to fully evaluate what weâ€™ve observed.â€ť

Because of the complex nature of depression, itâ€™s hard to say whether depression leads to risk factors associated with cardiovascular problems, such as high blood pressure, high cholesterol levels, diabetes or a lack of exercise â€” or if itâ€™s the other way around.

Results from the study indicate that changes in depression symptoms may also cause immediate physiological changes in the body, which in turn cause major cardiovascular problems to occur in the short term, but future studies are needed to further answer these questions.

Intermountain Medical Center is the flagship facility for the Intermountain Healthcare system, which is based in Salt Lake City. #####