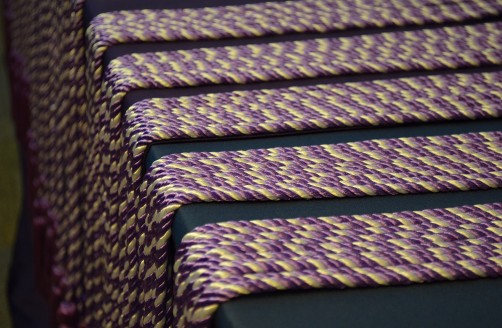 Newswise — The Johns Hopkins School of Nursing (JHSON) will hold an inaugural ceremony on December 5 to accept its new title as an “At-Large” chapter of the Sigma Theta Tau International Honor Society of Nursing (Sigma). JHSON’s Nu Beta is the first chapter, among 500 global Sigma entities, to add an entire health system to its charter. The ceremony will add members from the six hospitals comprising the Johns Hopkins Health System and celebrate this historic milestone for both the school and Sigma.

“We are incredibly excited about this opportunity, not only to be the first, but to formally join together with our partners across Johns Hopkins to represent nursing excellence,” says Diana Baptiste, DNP, RN, assistant professor and Nu Beta president. “This new designation will strengthen our education and practice partnership with the health system and the overall visibility of nursing within our community.”

For the inaugural event, special guests will include Sigma President Beth Baldwin Tigges, who will lead the chapter charter amendment ceremony, and chief nursing officers from each of the six Johns Hopkins Hospitals. Nurse leaders from across the hospitals who exhibit exceptional achievements will be inducted, as well as students who demonstrate academic excellence.

STTI, as the second largest nursing organization in the world, was founded in 1922 to bring together nursing scholars across the globe to better health care. JHSON’s Nu Beta chapter was established in 1992. Under the leadership of Baptiste, who became president in 2015, Nu Beta has grown engagement across the Johns Hopkins Hospitals through collaborative events including journal clubs, interest groups, fundraising events, and more. Official At-Large status was announced in June.

As a new Chapter-At-Large, the school and hospitals will have more opportunities to work together in education, research, scholarship, and community service, and increase engagement of clinical nurses, faculty, and students.

“My sincerest congratulations to the Johns Hopkins School of Nursing and the Johns Hopkins Hospitals on this fantastic realization of collaboration and expansion of Sigma,” comments Sigma President Baldwin Tigges. “We hope this serves as a precedent and an example for other schools moving forward to join together with their practice institutions. Together, our impact is greater and will shed further light on nursing’s role in improving the world’s health.

Located in Baltimore, the Johns Hopkins School of Nursing is a globally-recognized leader in nursing education, research and practice and ranks No. 1 nationally among graduate schools of nursing and No. 2 for DNP programs in the U.S. News & World Report 2019 rankings. In addition, the school is ranked by QS World University as the No. 3 nursing school in the world and is No.1 by College Choice for its master’s program. First opened in 1889, the Johns Hopkins School of Nursing is celebrating throughout 2019 its 130th anniversary as a school and leader in nursing education and excellence. For more information, visit www.nursing.jhu.edu and www.hopkinsnursing130.org.