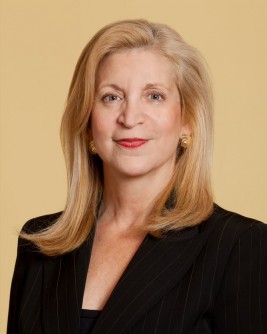 In her new role, each of Penn Medicine’s six hospital CEOs will report to Volpe, and she will be responsible for a slate of efforts to further enhance operational efficiency and program integration across the 3,400+-bed health system, which stretches from Lancaster, PA, to Princeton, NJ, including three hospitals in Philadelphia. Together, the hospitals care for patients during more than 6.5 million outpatient visits and about 130,000 admissions each year, including the deliveries of more than 18,000 babies.

“Michele is among the very best leaders working in healthcare today, and she is a deeply experienced and trusted strategist and partner who has continuously proven her skills at shaping new models and facilities that allow us to deliver the very best care to our patients,” said UPHS CEO Kevin B. Mahoney. “I’m thrilled for her to take on a role that will allow her to expand her vision and steady leadership hand across our entire health system.”

During her tenure as CEO of Penn Presbyterian Medical Center, Volpe has overseen pivotal projects including the opening of the outpatient facility Penn Medicine University City, the relocation of Penn Medicine’s Level 1 Trauma Center from the Hospital of the University of Pennsylvania to PPMC, and construction of the Pavilion for Advanced Care, which opened in 2015. Together with the Hospital of the University of Pennsylvania, PPMC is consistently ranked among the nation’s top hospitals by U.S. News and World Report, coming in at #13 on the publication’s prestigious Honor Roll this year.

A highly respected leader among her healthcare peers, Volpe currently serves as chair of the Hospital and Healthsystem Association of Pennsylvania (HAP), which advocates for the more than 240 hospitals across the Commonwealth. She has been a member of HAP’s Board of Directors since 2016 and served as its treasurer prior to becoming Chair.

“This is the most exciting time in Penn Medicine’s long history, and I am honored to begin this new work with my colleagues across the health system to advance our position as the place that patients from across our region – and far beyond – can always rely on,” Volpe said.

She will assume the new role beginning September 1, 2022, succeeding Philip Okala, who will soon begin a new role as System President at California-based City of Hope.

Penn Medicine is one of the world’s leading academic medical centers, dedicated to the related missions of medical education, biomedical research, and excellence in patient care. Penn Medicine consists of the Raymond and Ruth Perelman School of Medicine at the University of Pennsylvania (founded in 1765 as the nation’s first medical school) and the University of Pennsylvania Health System, which together form a $9.9 billion enterprise.

The Perelman School of Medicine has been ranked among the top medical schools in the United States for more than 20 years, according to U.S. News & World Report's survey of research-oriented medical schools. The School is consistently among the nation's top recipients of funding from the National Institutes of Health, with $546 million awarded in the 2021 fiscal year.

Penn Medicine is powered by a talented and dedicated workforce of more than 52,000 people. The organization also has alliances with top community health systems across both Southeastern Pennsylvania and Southern New Jersey, creating more options for patients no matter where they live.

Penn Medicine is committed to improving lives and health through a variety of community-based programs and activities. In fiscal year 2021, Penn Medicine provided more than $619 million to benefit our community.