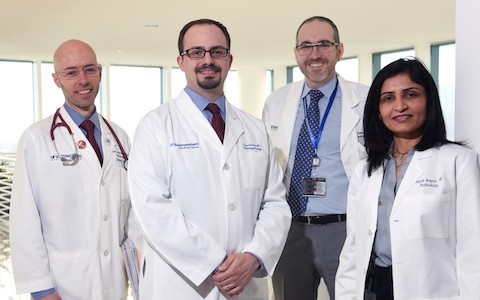 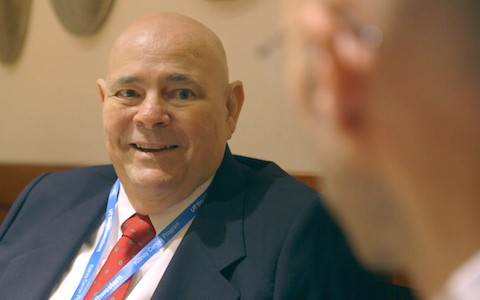 Newswise — DALLAS – March 7, 2017 – Could lung cancer be hiding in kidney cancer patients? Researchers with the Harold C. Simmons Comprehensive Cancer Center’s Kidney Cancer Program studied patients with metastatic kidney cancer to the lungs and found that 3.5 percent of the group had a primary lung cancer tumor that had gone undiagnosed. This distinction can affect treatment choices and rates of survival.

Mel Moffitt, an Army veteran who survived serving in Vietnam, is among those now fighting both lung cancer and kidney cancer.

Mr. Moffitt, 70, was initially diagnosed with kidney cancer in 2008, leading to removal of one of his kidneys. By 2012, the cancer had spread to his lungs and lymph nodes. Before coming to UT Southwestern, he had been told he had less than a year to live. In 2015, a new primary tumor was found in his lung.

“It was like we turned around, and the cancer said ‘By the way, I’m over here too,’” said his wife of 47 years, Kennon Moffitt, whom he met at the officer’s club in El Paso before shipping off to Vietnam.

“I will keep fighting,” pledged Mr. Moffitt, who has been through molecularly targeted drug therapy, stereotactic radiotherapy, and is combating his latest lung and kidney cancer diagnosis with immunotherapy and chemotherapy treatment.

Still, he said, he is grateful to have survived so many years since his initial diagnosis, years that included the birth of his three grandchildren, now ages 8, 6 and 4, and the chance to restore a 1969 red Corvette, which the couple plans to drive in a Fourth of July parade this summer.

Texas has the fifth-highest rate of this cancer in the U.S. and it is the fourth most common cancer treated at the Simmons Comprehensive Cancer Center, where survival rates for patients with stage 4 kidney cancer are double national benchmarks, noted Dr. Brugarolas, a Virginia Murchison Linthicum Scholar in Medical Research at UT Southwestern.

In this retrospective study of 151 patients at the Simmons Comprehensive Cancer Center, investigators identified 85 people who had kidney cancer metastasized to the lungs, and three who had a primary lung cancer. Investigators found only four previous cases described in the literature, leading them to suspect the incidence of lung cancers in kidney cancer patients may be underreported.

“Our report raises an important flag for medical oncologists and radiologists to be on the lookout for a hidden lung cancer,” said Dr. Brugarolas.

The study was supported by a SPORE (Specialized Program of Research Excellence) award from the NCI, only the second such award for kidney cancer in the nation. The SPORE investigators are working to better understand how kidney cancer develops and spreads, as well as to develop new therapies targeting adult and pediatric kidney cancer. UT Southwestern also leads a 20-year, multi-institutional SPORE grant in lung cancer that is the largest thoracic oncology effort in the U.S.

UT Southwestern researchers involved in the current study included Dr. Ivan Pedrosa, Chief of Magnetic Resonance Imaging (MRI), Associate Professor of Radiology and of the Advanced Imaging Research Center, and a Co-Leader of the Kidney Cancer Program, who holds the Jack Reynolds, M.D., Chair in Radiology; Dr. Payal Kapur, Associate Professor of Pathology and Urology; and Dr. Isaac Bowman, a hematology-oncology fellow, who is first author on the study.

This news release is available on our home page at www.utsouthwestern.edu/newsroom. 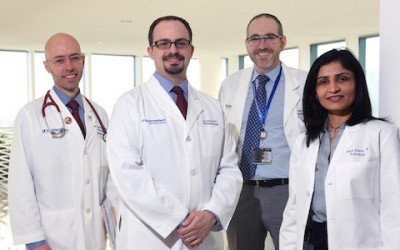 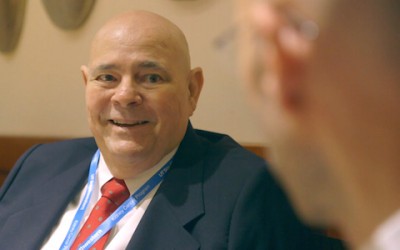