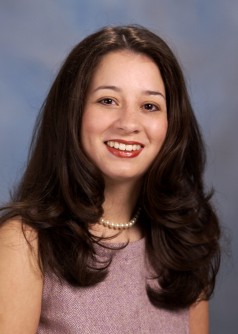 Newswise — HOUSTON ― For patients with non-small cell lung cancers (NSCLC) marked by RET gene fusions, the targeted therapy selpercatinib was well tolerated and achieved durable objective responses, or tumor shrinkage, in the majority of participants in the Phase I/II LIBRETTO-001 trial, according to researchers from The University of Texas MD Anderson Cancer Center.

Among previously untreated patients, the objective response rate (ORR) was 85%, and those receiving at least prior platinum-based chemotherapy had an ORR of 64%. For patients with brain metastases, there was a 91% ORR in the brain.

Results from LIBRETTO-001, published today in the New England Journal of Medicine, led to the approval of selpercatinib in May by the Food and Drug Administration for RET-altered lung and thyroid cancers.

“Genome-guided precision oncology has altered the landscape of multiple kinase-driven tumors, with lung cancer being the poster child. However, we previously did not have any drug approved specifically for RET-fusion positive non-small cell lung cancer,” said senior author Vivek Subbiah, M.D., associate professor of Investigational Cancer Therapeutics. “Moving from the first-in-human Phase I trial to FDA approval in less than three years is a testament to the fact that patients benefited a great deal from this treatment and had no effective options.”

RET fusions occur when a portion of the chromosome containing the RET gene breaks and rejoins with another piece of chromosome, creating a fusion protein capable of fueling cancer growth. RET alterations occur in roughly 2% of NSCLC, 10-20% of papillary thyroid cancers (PTC) and the vast majority of medullary thyroid cancers (MTC). Up to half of all RET fusion-positive cancers metastasize to the brain.

Several targeted therapies, such as cabozantinib and vandetanib, have ancillary activity against RET alterations, but clinical trials found that NSCLC patients saw only limited benefit from these drugs, explained Subbiah, who is co-principal investigator of the trial.

The study reports findings from 144 patients with advanced NSCLC enrolled on the open-label, international trial. The primary endpoint was ORR assessed by an independent review committee, and secondary endpoints included safety, intracranial response, duration of response, and progression-free survival (PFS). Results from investigator assessments were not significantly different from that of independent reviewers.

The trial included previously untreated patients (39) and patients having received at least platinum-based chemotherapy (105). Previously treated patients had a median of three prior lines of therapy, including immune checkpoint blockade in more than half. Across both cohorts, trial participants were 57.6% Caucasian, 32.6% Asian, 5.6% Black, 2.8% other and 1.4% unknown. The median age was 61, with women accounting for 58.3% and men 41.7% of participants.

Among previously treated patients, 2% had a complete response, 62% had a partial response and 29% had stable disease. The median duration of response was 17.5 months and 63% of responses were ongoing at a median follow-up of 12 months. Median PFS was 16.5 months.

In previously untreated patients, 85% had a partial response and 10% had stable disease. At six months, 90% of responses were ongoing, and neither median duration of response nor median PFS has been reached at the time of analysis.

On the study, 11 patients had measurable brain metastases. Ten of these patients (91%) saw an objective response in the brain, including three complete responses. The median duration of CNS response was 10.1 months.

In additional cohorts of LIBRETTO-001, selpercatinib also showed activity in RET-altered thyroid cancers, including MTC with RET mutations and papillary/anaplastic thyroid cancers with RET fusions, with a similar safety profile.

Among patients with MTC, there was a 73% ORR in previously untreated patients and 69% ORR in those receiving prior targeted therapies. In patients with previously treated papillary/anaplastic thyroid cancer, the ORR was 79%. These data also were published today in New England Journal of Medicine, with Subbiah and Maria Cabanillas, M.D., professor of Endocrine Neoplasia and Hormonal Disorders, as co-senior authors.

“The data show these patients benefit from this treatment and it is safe compared with multi-kinase inhibitors and chemotherapy,” said Subbiah. “The continued implementation of a robust molecular screening strategy in frontline lung and thyroid cancers with the ability to detect RET and other gene fusions will be critical for identifying patients who may benefit from specifically targeted therapies like selpercatinib.”

The study was supported by Loxo Oncology, a wholly owned subsidiary of Eli Lilly. A full list of co-authors and disclosures can be found with the full paper here.

About MD Anderson The University of Texas MD Anderson Cancer Center in Houston ranks as one of the world's most respected centers focused on cancer patient care, research, education and prevention. The institution’s sole mission is to end cancer for patients and their families around the world. MD Anderson is one of only 51 comprehensive cancer centers designated by the National Cancer Institute (NCI). MD Anderson is ranked No.1 for cancer care in U.S. News & World Report’s “Best Hospitals” survey. It has ranked as one of the nation’s top two hospitals for cancer care since the survey began in 1990, and has ranked first 16 times in the last 19 years. MD Anderson receives a cancer center support grant from the NCI of the National Institutes of Health (P30 CA016672).