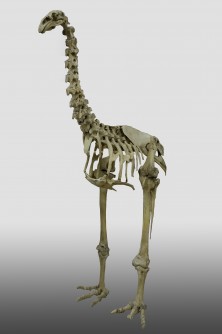 Courtesy of York Museums Trust, via Wikimedia Commons. Free to share or modify (must credit). 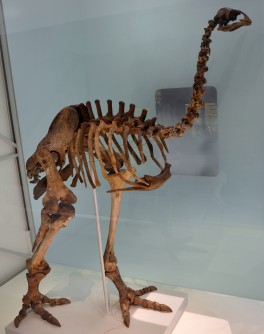 Newswise — While the giant birds that once dominated New Zealand are all extinct, a study of their preserved dung (coprolites) has revealed many aspects of their ancient ecosystem, with important insights for ongoing conservation efforts.

Published in the Proceedings of the National Academy of Sciences today, the study, by the University of Adelaide’s Australian Centre for Ancient DNA (ACAD) and Landcare Research NZ, reconstructed the prehuman New Zealand ecosystem using coprolites ranging from 120 to 1500 years old.

The ancient dried dung originated from four species of extinct giant moa and the critically endangered kakapo parrot, and contained genetic records of diet, pathogens, and the behaviour of the birds. Such detailed pictures of the pre-historic ecosystem are critical for present-day ecological restoration efforts, but are not available from the conventional fossil record of preserved skeletons.

The ancient dung samples were excavated from caves and rockshelters across New Zealand by Dr Jamie Wood, of Landcare Research. He says, “Coprolites were actually more common than we’d thought, once we started looking for them. And it turns out they contain a huge range of important information about past ecosystems.”

Lead author Alex Boast, a PhD student at Landcare Research says, “A key finding was that the giant birds were eating a wide range of mushrooms and fungi, including species that are critical for the beech forests that are widespread across New Zealand. The brightly coloured mushrooms remain distinctive parts of these forests today, but it appears they were meant to be eaten and then distributed by the moa.

“Worryingly, introduced mammals which consume these mushrooms don’t appear to produce fertile spores, so this critical ecosystem function of the giant birds has been lost – with serious implications for the long-term health of New Zealand’s beech forests.”

The research was performed at ACAD where Postdoctoral Research Associate and microbiome specialist, Dr Laura Weyrich, says, “Moa coprolites contained a surprising diversity of parasites, many completely new to science. Several parasites appear to be specialised to single moa species, so that a range of parasites became extinct with each moa species. As a result, we have probably underestimated the loss of biodiversity associated with the extinction of the megafauna.”

ACAD Director, Professor Alan Cooper, who led the study, says, “The wide diversity of DNA we retrieved from the dung has allowed us to reconstruct many aspects of the behaviour and interactions of species that we’ve never been able to see before. This important new method allows us to see how prehuman ecosystems have been altered, which is often hard to identify, and to guide our efforts in correcting some of the resulting damage.” 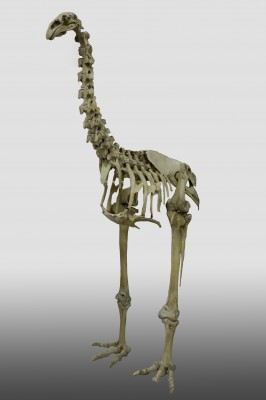 Credit: Courtesy of York Museums Trust, via Wikimedia Commons. Free to share or modify (must credit). 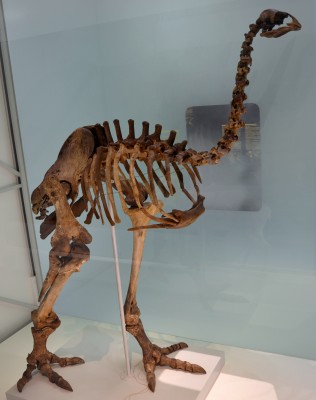 Credit: Vassil. Free to share or modify (must credit).