27-Apr-2016 8:30 AM EDT, by SUNY College of Environmental Science and Forestry
favorite_border 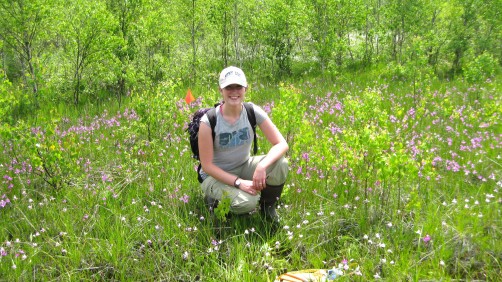 Grete Bader found millions of native orchids blooming on the site of a former mine in the Adirondacks. 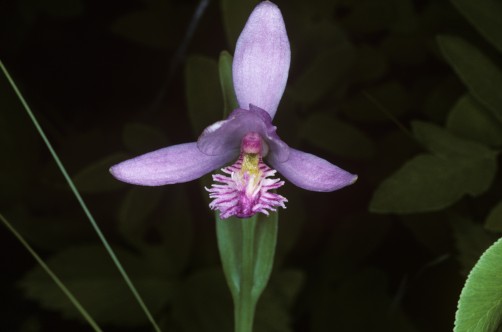 Rose pogonia orchid in the Adirondacks 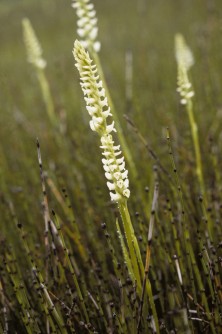 Newswise — Millions of native orchids are flourishing on the site of a former iron mine in New York's Adirondacks, suggesting that former industrial sites – typically regarded as blighted landscapes — have untapped value in ecological restoration efforts. Grete Bader, a graduate student at the SUNY College of Environmental Science and Forestry (ESF) in Syracuse, New York, who completed her master’s thesis on the site, said the plants are growing on a wetland that developed naturally on iron mine “tailings,” the waste left over from the process of separating the valuable part of an ore from the rock that has no economic value. She said that in addition to six types of native orchids, some of which have populations estimated at a million, the location supports New York state’s largest population of pink shinleaf, also called pink wintergreen, which is listed by New York as a threatened plant. The plant is rare in New York except at this location. “The fact that this site restored itself from bare mine tailings to a diverse wetland plant community over the past 60 years is incredible, and the populations of orchids and pink shinleaf notably enhance its conservation value,” Bader said. The wetland of about 100 acres developed at a site that holds the aftermath of iron ore extraction at Benson Mines in the northwestern Adirondacks. The Benson Mines operations were most intense from about 1941 until the facility closed in 1978. During its heyday, it was one of the most productive iron mines in the country and the largest open-pit magnetite mine in the world, producing about a million metric tons of iron annually during peak operations. Bader’s major professor, Dr. Donald Leopold, a Distinguished Teaching Professor at ESF, said the number of orchids at the site — with colorful names such as grass pink, rose pogonia and hooded ladies' tresses — is “extraordinary.” “It’s unlike anything I’ve seen in more than 40 years of research, often in orchid-rich habitats throughout the United States,” Leopold said. “Until Grete did her research I had thought that there were hundreds of thousands of individuals of these orchid species here but Grete’s more careful assessment suggests that there are actually a million or more of some species.” While people typically think of tropical species when they hear the word “orchid,” there are about 60 distinct species of terrestrial orchids native to New York state. All of them are protected by state law because of their beauty; many are also quite rare. With their three-petal flowers and colors ranging from delicate yellow to rich purple, they are widely sought after by nature enthusiasts. Bader’s study suggests that several factors contribute to the number of thriving unique plant species at the site, including a range of soil and water pH, and a variety of mycorrhizal fungi that have a symbiotic relationship with plants. In general, mycorrhizal fungi colonize a plant’s root system and increase the host’s ability to absorb water and nutrients. In turn, the fungi benefit from the effects of the plant’s photosynthesis. Orchids and pink wintergreen are among the species that depend on mycorrhizal fungi for germination and establishment. The mycorrhizal relationship is unique in these plants because, as seedlings, they essentially act as parasites on their fungi. Dr. Thomas Horton, an associate professor at ESF and an expert on mycorrhizal symbioses, said the site’s industrial past might actually have contributed to the thriving wildflower scene. “All the orchids and the wintergreen are dependent on mycorrhizal fungi for seed germination. Without the fungi, there would be no plants. Yet after the deposit of the mine tailings, the belowground system had to develop from scratch and now we see that all the elements have returned for incredible floral displays. Indeed, it could be that the plants and fungi are so abundant because of the disturbance history, and I feel this adds a wonderful element to the site’s conservation value.” Orchids have a unique biology. Their flowers are highly adapted to specific insect pollinators, in some cases deceiving the pollinators into doing their job without a nectar reward. And they are among the most noted examples of the reliance of plants on mycorrhizal fungi – for, in this case, the fungi are needed for seeds to germinate and seedlings to survive. Industrial sites are typically regarded as blighted landscapes but this site suggests that these locations have tremendous conservation value. In addition to the extraordinary number of orchids, the site has an extensive cranberry mat and acres of lowbush blueberries. Additionally, the site is culturally significant because the mines were economically important to the region in the mid-1900s. Leopold said there are benefits to adding properties like the Benson Mines site to the Adirondack Forest Preserve, the 2.6 million acres of state-owned land that lies within the Adirondack Park. “Everyone thinks about adding the beautiful, pristine land,” he said. “But sometimes properties like this one can be more beneficial for the state to purchase. They have great value, both immediate and long term, for conservation and recreation purposes.” 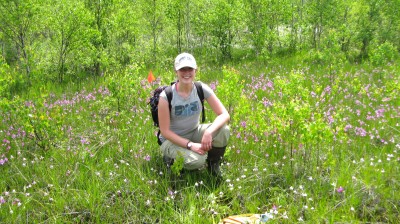 Caption: Grete Bader found millions of native orchids blooming on the site of a former mine in the Adirondacks. 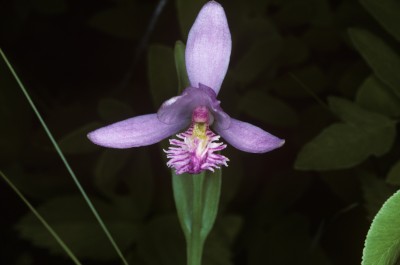 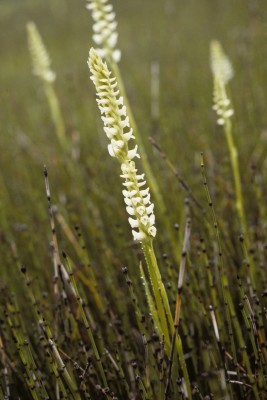