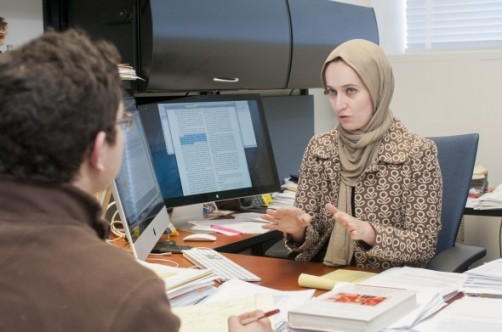 Newswise — One in six older adults now regularly use potentially deadly combinations of prescription and over-the-counter medications and dietary supplements -- a two-fold increase over a five-year period, according to new research at the University of Illinois at Chicago.

Dima Mazen Qato, assistant professor of pharmacy systems, outcomes and policy, and her colleagues examined changes in medication use in a nationally representative sample of older adults between the ages of 62 and 85. In contrast to many existing studies of medication use by the elderly, these investigators conducted in-home interviews to accurately identify what people were actually taking.

According to the study, older adults using at least five prescription medications (a status known as polypharmacy) rose from 30.6 percent in 2005 to 35.8 percent in 2011.

Factors that may account for the rise include the implementation of Medicare Part D, changes in treatment guidelines, and the increased availability of generics for many commonly used drugs.

As an example, the use of simvastatin (Zocor) -- the most commonly used prescription medication in the older adult population, which became available as a generic in 2006 -- doubled from 10.3 percent to 22.5 percent, Qato said. Zocor is used to treat high cholesterol and may reduce the risk of heart attack and stroke.

Despite limited evidence of their clinical benefit, dietary supplements are being used by a growing number of older individuals, the study found -- an increase from 51.8 percent to 63.7 percent over the same time period, with nearly a 50 percent growth in the number of people using multiple supplements. The largest increase was found in the use of omega-3 fish oils -- a dietary supplement with limited evidence of cardiovascular benefits -- which rose from 4.7 percent of people surveyed in 2005 to 18.6 percent in 2011.

Fifteen potentially life-threatening drug combinations of the most commonly used medications and supplements in the study were also identified. Nearly 15 percent of older adults regularly used at least one of these dangerous drug combinations in 2011, compared to 8 percent in 2005.

More than half of the potential interactions involved a nonprescription medication or dietary supplement, Qato said. Preventative cardiovascular medications such as statins (cholesterol-lowering drugs, particularly simvastatin), anti-platelet drugs (such as clopidogrel and aspirin, used to prevent blood clots), and supplements (specifically omega-3 fish oil) accounted for the vast majority of these interacting drug combinations.

"Many older patients seeking to improve their cardiovascular health are also regularly using interacting drug combinations that may worsen cardiovascular risk," she said. "For example, the use of clopidogrel in combination with the proton-pump inhibitor omeprazole, aspirin, or naproxen -- all over-the-counter medications -- is associated with an increased risk of heart attacks, bleeding complications, or death. However, about 1.8 percent -- or 1 million -- older adults regularly use clopidogrel in interacting combinations."

Health care professionals should carefully consider the adverse effects of commonly used prescription and nonprescription medication combinations when treating older adults, Qato said, and counsel patients about the risks. "Improving safety in the use of interacting medication combinations has the potential to reduce preventable, potentially fatal, adverse drug events," she said.

While it is not known how many older adults in the U.S. die of drug interactions, Qato said, "the risk seems to be growing, and public awareness is lacking."

Co-authors of the research, published in JAMA Internal Medicine, are Jocelyn Wilder of UIC; L. Philip Schumm and Victoria Gillet of the University of Chicago; and Dr. G. Caleb Alexander of the Johns Hopkins School of Public Health.