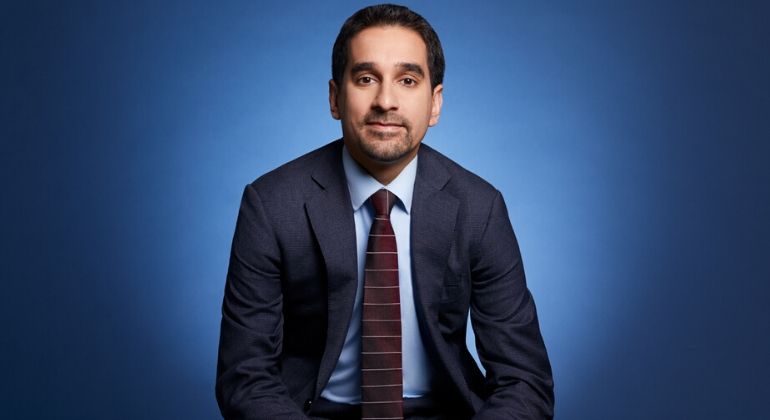 Newswise — New York, NY (March 17, 2020) -- Mount Sinai Health System today announced that it has appointed Niyum Gandhi as Chief Financial Officer of the Health System. Mr. Gandhi, who has served as Executive Vice President and Chief Population Health Officer at Mount Sinai since 2015, succeeds Donald Scanlon, who will step down from his position later this year and will assist with the transition.

In his new role, Mr. Gandhi will bring his broad experience to the role of CFO and continue to provide strategic oversight for the Health System’s population health efforts.

For the past five years, Mr. Gandhi has directed Mount Sinai’s population health strategy and led Mount Sinai’s transition from a fee-for-service model of care to one that is focused on value and risk-based population health. Mr. Gandhi has also led Mount Sinai Health Partners—the clinically integrated network that includes all eight Mount Sinai hospitals, Mount Sinai's faculty physicians, and associated community doctors who work closely together to deliver high-quality health care under a value-based reimbursement model. In his role, Mr. Gandhi has been instrumental in shaping the revenue strategy for the overall Health System. He has built strong partnerships with those who pay for health care—health plans, employers, state and local governments, and community organizations—to provide patients with more affordable and effective care.

Mr. Scanlon has been an integral member of the management team since he joined in 2003. His expertise in financial administration, revenue cycle management, and asset maximization were critical to helping Mount Sinai achieve a position of financial stability. Mr. Scanlon oversaw a turnaround that resulted in positive net income by 2005, which continues today. He specifically is credited with improving revenue capture and cash collection and ensuring that processes and procedures be put in place to formalize the improvements.

“Don Scanlon has served a critical role in the expansion of our health system during very challenging times,” said Kenneth L. Davis, MD, President and Chief Executive Officer of the Mount Sinai Health System. “He is a visionary leader who has served our community with dedication and distinction and we are grateful he will work closely with Niyum during this transition.”

“Niyum has been a trusted and innovative leader, and he is a member of Mount Sinai’s senior leadership team,” said Dr. Davis. “He has developed and successfully implemented a new revenue strategy for our system that has resulted in improved value for the patients we serve. As CFO, Niyum will lead our overall financial strategy to ensure our continued innovation and growth. His broad health care and financial acumen will help us meet challenges head on as the health care industry continues to evolve.”

“It has been a privilege to work with Dr. Davis, Don, and the rest of the Mount Sinai leadership team over the past five years to establish Mount Sinai as a leader in value-based care,” said Mr. Gandhi. “I am honored to move into this new role leading our exceptional finance team as we execute on the next phase of our Health System’s transformation”

Prior to his position at Mount Sinai, Mr. Gandhi served as a partner in the health and life sciences consulting practice of Oliver Wyman, a global management consulting firm, where he focused on financial planning, value-based health care, and transformation strategies for hospitals, physician groups, and health plans. At Oliver Wyman, he also worked with a variety of health care providers and payers, helping them design and implement value-based clinical models, develop new contracting and integrated product distribution strategies, align funds flow and physician incentives, and establish the appropriate infrastructure to support value-based healthcare.

The Mount Sinai Health System is New York City’s largest academic medical system, encompassing eight hospitals, a leading medical school, and a vast network of ambulatory practices throughout the greater New York region. Mount Sinai is a national and international source of unrivaled education, translational research and discovery, and collaborative clinical leadership ensuring that we deliver the highest quality care—from prevention to treatment of the most serious and complex human diseases. The Health System includes more than 7,200 physicians and features a robust and continually expanding network of multispecialty services, including more than 400 ambulatory practice locations throughout the five boroughs of New York City, Westchester, and Long Island. The Mount Sinai Hospital is ranked No. 14 on U.S. News & World Report’s “Honor Roll” of the Top 20 Best Hospitals in the country and the Icahn School of Medicine as one of the Top 20 Best Medical Schools in country. Mount Sinai Health System hospitals are consistently ranked regionally by specialty by U.S. News & World Report.