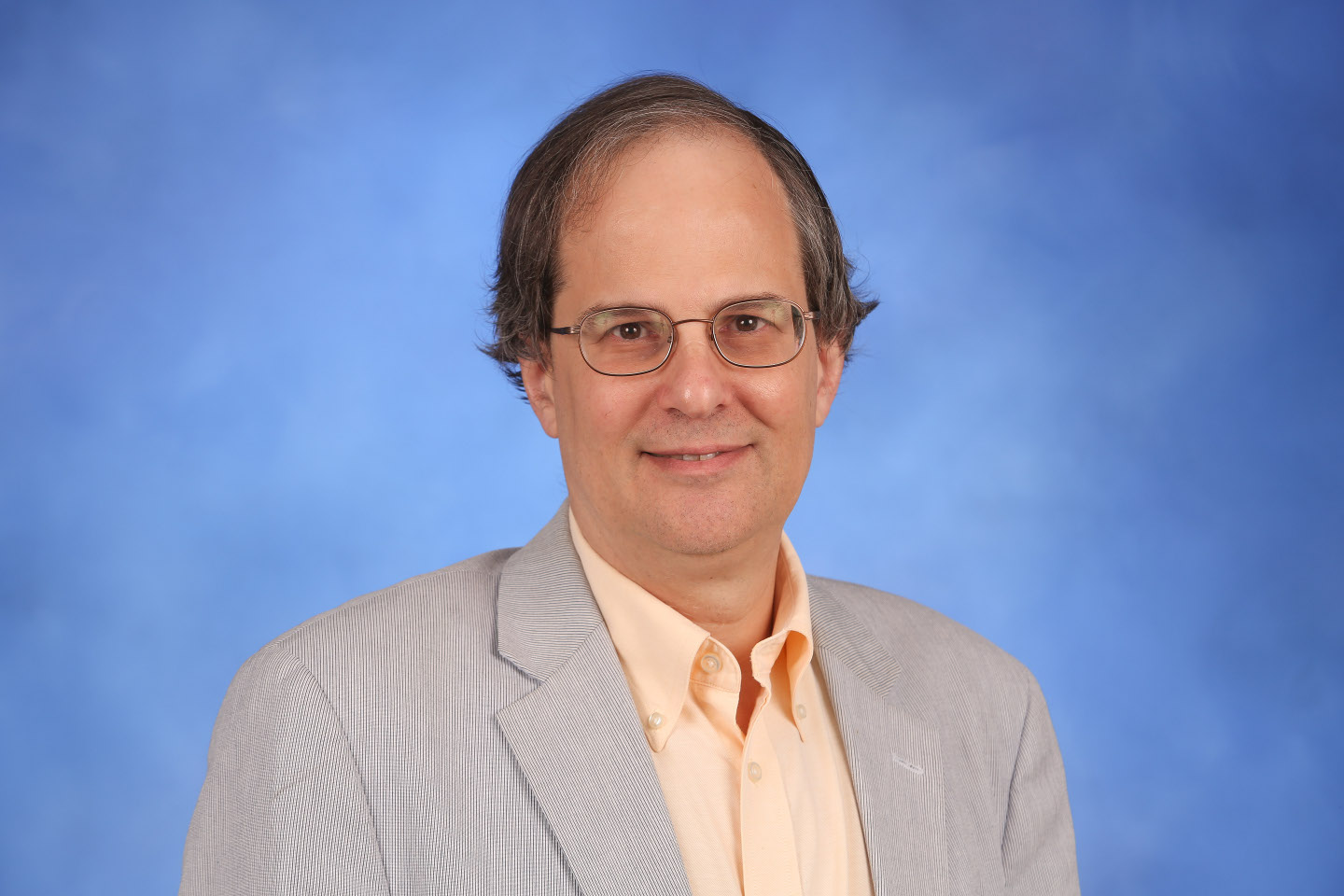 Newswise — HUNTSVILLE, Ala. (Aug. 10, 2020) ­– NASA has awarded its Exceptional Public Achievement Medal for sustained performance that embodies multiple contributions on NASA projects, programs or initiatives to Dr. Michael S. Briggs, an assistant director of the Center for Space Plasma and Aeronomic Research (CSPAR) at The University of Alabama in Huntsville (UAH).

Dr. Briggs, who is a senior principal research scientist at CSPAR, received the award recently for critical prior and ongoing contributions to the success of the Fermi Gamma-ray Telescope mission’s Gamma Ray Burst Monitor (GBM) project.

“I was surprised when the Steve Elrod, the GBM project manager, announced the award during a GBM tele-meeting,” Dr. Briggs says. “I thought that it was a routine GBM group meeting for updates. The GBM principal investigator helped fool me by asking me to give a status report.”

Dr. Briggs arrived at UAH in November 1991 with a NASA fellowship to do research with the Burst and Transient Source Experiment (BATSE).

BATSE overturned the previous scientific consensus that gamma-ray bursts originated from nearby neutron stars. When BATSE wound down, Dr. Briggs became an original member of the GBM team. He worked on the formulation of the GBM proposal starting in 1999. Originally called the Gamma-ray Large Area Space Telescope (GLAST), Fermi is the home of GBM. It launched in 2008 and continues on-orbit as an extended mission.

“The team at NASA, the Marshall Space Flight Center (MSFC) and UAH spent most of the 2000s building the instrument, which was launched in June of 2008,” Dr. Briggs says while emphasizing the importance of teams.

“These space projects are team efforts, the result of hard work by many engineers, programmers and scientists. MSFC and UAH jointly worked to develop and fly the BATSE experiment. The GBM detectors were contributed by Germany, led by scientists at the Max Planck Institute in Garching.”

In Huntsville, MSFC and UAH engineers and scientists worked closely together to integrate and test the instrument and to write the software, he says.

“MSFC, the Universities Space Research Association and UAH scientists and programmers continue to work closely to keep GBM running, provide the GBM data to the scientific community and to use GBM to make discoveries.”

Currently serving GBM as the deputy principal investigator, Dr. Briggs was the primary author of the flight software, which integrates 14 gamma ray detectors with the flight data processing unit, the power unit and the Fermi spacecraft. He was a pivotal team contributor during instrument development as well as through fabrication and testing, spacecraft integration and now with mission operations.

Dr. Briggs developed an unanticipated technique for using GBM to detect terrestrial gamma ray flashes (TGFs) and adapted this method to find weaker gamma ray bursts than are found by the flight software.

Within a few years of launch, GBM detected the strongest and closest gamma ray bursts that had ever been recorded.  GBM’s high detection rate for gamma ray bursts led to a joint science and observation partnership with the Laser Interferometer Gravity Wave Observatory (LIGO) group. The LIGO partnership resulted in GBM becoming a major player in multi-messenger astrophysics.

“A high point of GBM was waking up one morning to learn that GBM had observed a gamma ray burst in conjunction with gravitational wave observation,” Dr. Briggs says.

In 2018, the GBM team received the Bruno Rossi Prize for the discovery of gamma rays coincident with a neutron-star merger gravitational wave event. The discovery confirmed that short gamma ray bursts are produced by binary neutron star mergers and enabled a global multiwavelength follow-up campaign. It cemented GBM’s place in astrophysics history.

According to NASA, Dr. Briggs’ capabilities in software, data analysis and his communication skills have played an invaluable role in the success of the Fermi mission, which steadily continues to perform in the extended mission phase.

His expertise continues to be in strong demand for future funded missions such as BurstCube, a Cubesat collaboration with NASA’s Goddard Space Flight Center (GSFC) that will search for electromagnetic counterparts to gravitational wave sources, and Glowbug, a  gamma ray telescope for bursts and other transients developed by the Naval Research Lab in Washington, D.C.

Dr. Briggs is also working on the LargE Area burst Polarimeter (LEAP), a mission that is one of four proposals approved by NASA for further review. Led by the University of New Hampshire, LEAP would mount on the International Space Station to study the energetic jets launched during the explosive death of a massive star or the merger of compact objects such as neutron stars.

Another MSFC project Dr. Briggs is involved with is the Moon Burst Energetics All-sky Monitor (MoonBEAM), a Cubesat concept to deploy gamma-ray detectors in cislunar space to probe the extreme processes in cosmic collisions of compact objects and facilitate multi-messenger time-domain astronomy to explore the end of stellar life cycles and black hole formations.

“Working with long-term and new collaborations, we are developing new projects to propose to NASA such as LEAP and MoonBEAM,” Dr. Briggs says.  “We hope to continue the collaborations and have opportunities for the next generation of scientists and engineers.”

NASA cited Dr. Briggs’ instrumental role in locating, recruiting and mentoring sharp and resourceful graduate students who have worked directly for the Fermi GBM team, several of whom have moved on to exciting and noteworthy careers in astrophysics and space flight development.

Since his arrival at UAH almost 29 years ago, Dr. Briggs has worked with MSFC scientists and engineers on NASA projects in a continuing close collaboration on gamma-ray astrophysics that extends back to the 1980s with the start of the BATSE experiment.

“I picked Huntsville and BATSE because I thought that gamma-ray bursts were an exciting research topic,” he says, “and I have been here since then!”