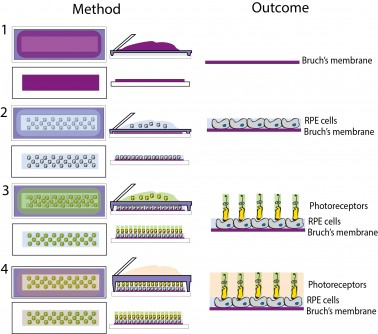 Lavik’s team proposed using a method to screen print tissue models. The idea is to create layers of the various types of retinal neurons that can be derived in a lab from adult stem cells. The method would allow the layers to be correctly oriented to mimic the structure of the human retina. 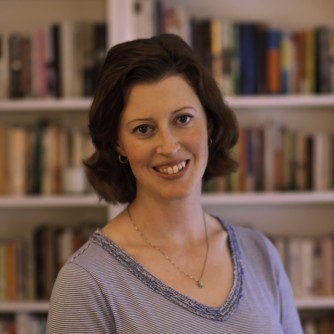 Newswise — A proposal to create a living model of the human retina, the light-sensitive tissue at the back of the eye, won $90,000 in the National Eye Institute (NEI) 3-D Retina Organoid Challenge (3-D ROC). The NEI 3-D ROC is an initiative that seeks to design human retinas from stem cells. Erin Lavik, Sc.D., at the University of Maryland, Baltimore County, led the awarded team. The NEI is part of the National Institutes of Health.

An estimated 285 million people worldwide are visually impaired, including 39 million who are blind. For many, vision loss results from degenerative retinal diseases such as age-related macular degeneration, glaucoma, and diabetic retinopathy. Current research efforts to understand and cure retinal diseases are hampered by the lack of tissue models that replicate the complexity and functionality of the human retina.

In 2011, Japanese researchers demonstrated that embryonic mouse stem cells could be used in the lab to generate retinal tissue. The 3-D ROC participants were challenged to propose ideas to develop more sophisticated models. These so-called “retina organoids” can be used to study retina development and serve as disease models for drug screening.

The submitted 3-D ROC concepts were evaluated based on their innovativeness and feasibility.  A review panel assessed how each proposal addressed scientific challenges, such as how to assemble distinct and anatomically correct layers of retinal tissue, assess retinal cell function, and use the prototypes to understand diseases or test therapies.

Combined, the 13 submissions involved more than 50 researchers with a range of expertise including stem cell biology, tissue imaging, and retinal vascularization. “The diversity of disciplines within each team is impressive and their concept proposals showcase the creativity that occurs when vision researchers collaborate with experts from other fields,” said NEI Director Paul A. Sieving, M.D., Ph.D.

Lavik’s team proposed building a retina by screen printing adult neural progenitor-derived retinal neurons in layers that mimic the structure of the human retina. The system is designed to be scalable, efficient, and reproducible, enabling high-throughput screening for drug testing.

For more information about their ideas, read their abstracts here.

“We intend for these concepts to push the development of retinal organoids,” Sieving added. “If developed, these next-generation human retina models would be invaluable resources for researchers in academia and industry.”

NEI plans to launch a second phase of 3-D ROC this fall. NEI plans to award a combined total of $1 million to teams that demonstrate the functionality of a retina organoid prototype. Further details on the challenge will be provided in an official announcement.

Companies and non-profit organizations are interested in supporting the challenge participants by providing funding, expertise, and in-kind support such as discounts on reagents.

Descriptions of all submissions to the first phase of 3-D ROC are available at https://www.challenge.gov/challenge/nei-3-d-retina-organoid-challenge-3-d-roc/