NEI Charts a Clearer Future for Cataract Prevention and Treatment 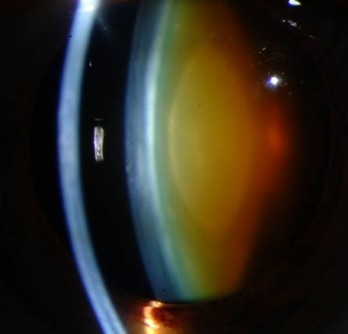 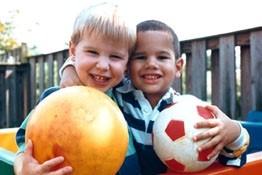 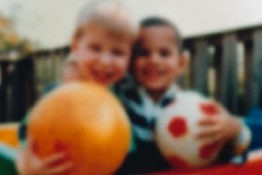 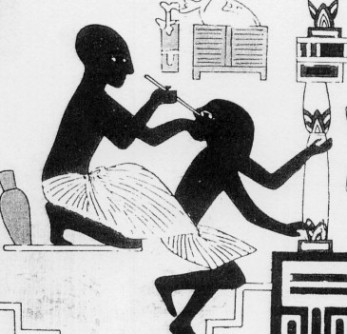 An oculist treats the eye of a workman. 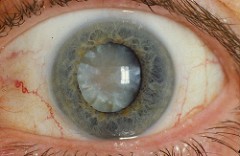 Clouded lens of a person with cataract. 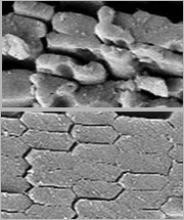 Newswise — Research funded by the National Eye Institute aims to reverse progression of cataracts—the most common cause of blindness worldwide—or to prevent them from forming altogether.

The lens focuses light on the tissue in the back of the eye called the retina. Cataracts occur when the unique cells of the lens lose their transparency, blocking light and clouding vision. Although surgery to replace the lens is effective at restoring vision, the procedure is expensive, carries some risk of complication, and is unavailable in many parts of the world.

Most cataracts are age-related. Vision starts to blur for some people in their 40s; many will have cloudy lenses in their 50s or 60s. But “by age 80, almost everyone will have some form of cataract,” said Manuel B. Datiles III, M.D., medical officer and senior clinical investigator at the National Eye Institute (NEI), part of NIH. Clouding can become so severe it causes blindness.

In the U.S., there were 24.4 million cases in 2010, and that number is expected to double to about 50 million by 20501, in large part because of the aging population. More than half the cases of blindness worldwide are due to cataract.2 “The lack of good eye care resources in the developing world is the main reason cataract is still the number one cause of blindness in the world,” said Datiles. “Many countries just don’t have enough facilities and surgeons.”

Surgery for cataract today takes less than an hour and is relatively painless with short recovery times. The treatment has come a long way from the “couching” procedures of the ancient Egyptians,3 who used a needle-like tool to push the clouded lens to the back of the eye. Despite substantial risks, the method is still performed in places where modern cataract surgery is unavailable.4

A key advance in treating cataract came in World War II when an English ophthalmologist noticed that plastic from shattered aircraft windshields lodged in the eyes of injured pilots failed to stimulate an immune response. This observation sparked the idea of replacing the lens with a manufactured plastic one.

Modern cataract surgery, called phacoemulsification, utilizes an ultrasonic probe to break up the hard, cloudy lens tissue. The probe is inserted through an incision in the clear tissue at the front of the eye called the cornea. A small, round window is made in the lens capsule, a membrane that holds the lens. The surgeon sucks out the emulsified lens, leaving the capsule in place to hold a plastic replacement lens. Phacoemulsification was a revolutionary improvement to prior methods that removed the lens whole through a larger incision.

But even today’s procedures have risks. Cataract surgeons attempt to remove as many lens cells as possible, but not even the best surgery can remove all of them. As a result, some patients develop a condition called secondary cataract in response to the wound created from surgery. “Remaining epithelial cells try to heal the wound or remake the lens by producing a combination of scar tissue and new lens cells,” said Melinda K. Duncan, Ph.D., an NEI-funded researcher at the University of Delaware. In some ways, this cellular response is good. “When the remaining cells start to divide, they basically shrink wrap the artificial lens and hold it in place.” But when they escape from the edges of the lens, cataract symptoms recur, she explained.

Current lens implants are designed to keep undesirable cells away from the path of light through the eye. However, though not always cause for concern, up to 50 percent of people who undergo cataract surgery have lens cells at the back of their artificial lenses five to 10 years later.5 The new cells lack transparency, causing posterior capsular opacification, otherwise known as secondary cataract. While secondary cataract can be treated by laser surgery, the procedure can cause problems with the artificial lens or in rare cases the retina. “It would be better to prevent secondary cataract,” Duncan remarked.

A. Sue Menko, Ph.D., at Thomas Jefferson University is studying how post-surgery wound repair leads to fibrosis, which causes haze and scarring in the lens. “We’ve actually shown that the lens has endogenous cells that go do the repair,” she added, challenging the idea that the lens only has two cell types. “We found them in niches among the epithelial cells. And they are the first responders to injury,” she said. Stopping the injury response may keep the lens clear.

But what causes cataracts in the first place? While environmental stresses such as the normal wear-and-tear of aging, smoking, and exposure to UV rays can degrade lens fiber cells, genes also play a role. Researchers have so far found 37 genes associated with congenital cataracts. “And there are likely to be many more,” explained J. Fielding Hejtmancik, M.D., Ph.D., senior investigator in the NEI Ophthalmic Molecular Genetics Section. Understanding the genetics of cataracts helps researchers learn how the lens works, and who might be at higher risk for cataract. Hejtmancik is studying large families from Pakistan and India to identify genes—and genetic changes or mutations—that influence cataract development.6 Studying congenital cataracts, which are relatively rare, may inform understanding of common, age-related cataracts.

Lens transparency relies on proper folding of structural proteins called crystallins in lens fiber cells. “Most proteins in a concentration of greater than 10 mg per ml in a test tube will result in an opaque solution. But in the lens, we have crystallins present at 300 and 400 mg per ml and yet they are transparent,” said Usha P. Andley, Ph.D., an NEI-funded researcher at the Washington University School of Medicine in St. Louis.

Andley is working to discover what keeps crystallins stable and properly folded and what causes them to become unstable. As the proteins unravel, like a poorly wrapped ball of yarn, they tend to clump, which scatters light and forms cataract. Andley emphasized that whether caused by something in the environment, such as UVB radiation, or genes, such as a crystallin gene mutation, “even a slight change of crystallin structure can cause lens crystallins to become unstable.”

Her research has shown that lens opacity caused by a crystallin gene mutation can be reversed by a chemical called “Compound 29” that stabilizes crystallin.7 “It can correct misfolded protein and act like a molecular glue to make sure that the protein stays in a properly folded manner and functions correctly,” Andley said. “This could be the foundation for a safe and effective topical drug treatment for cataract, potentially eliminating the need for cataract surgery.”

The lens offers a model system to biology in general, and insight into other diseases, said Houmam Araj, Ph.D., lens and cataract program director at NEI. For example, the idea of protein misfolding seen in cataract also applies to Alzheimer’s disease, he noted.

Dogs may have a topical treatment for cataracts soon.8 “We just completed a clinical trial and found an 85 percent reduction in cataract formation in diabetic dogs,” said Peter F. Kador, Ph.D., an NEI-funded researcher at the University of Nebraska Medical Center. Diabetes is a risk factor for cataract in both dogs and humans. The drug he developed prevents cataract formation by stopping a metabolic reaction in lens epithelial and fiber cells. Kador believes the drug may work in humans.

Until better prevention and treatment strategies become available, individuals can help protect their eyes from cataract by not smoking, wearing sunglasses with UV protection, and eating a healthy diet.

What You Should Know brochure: