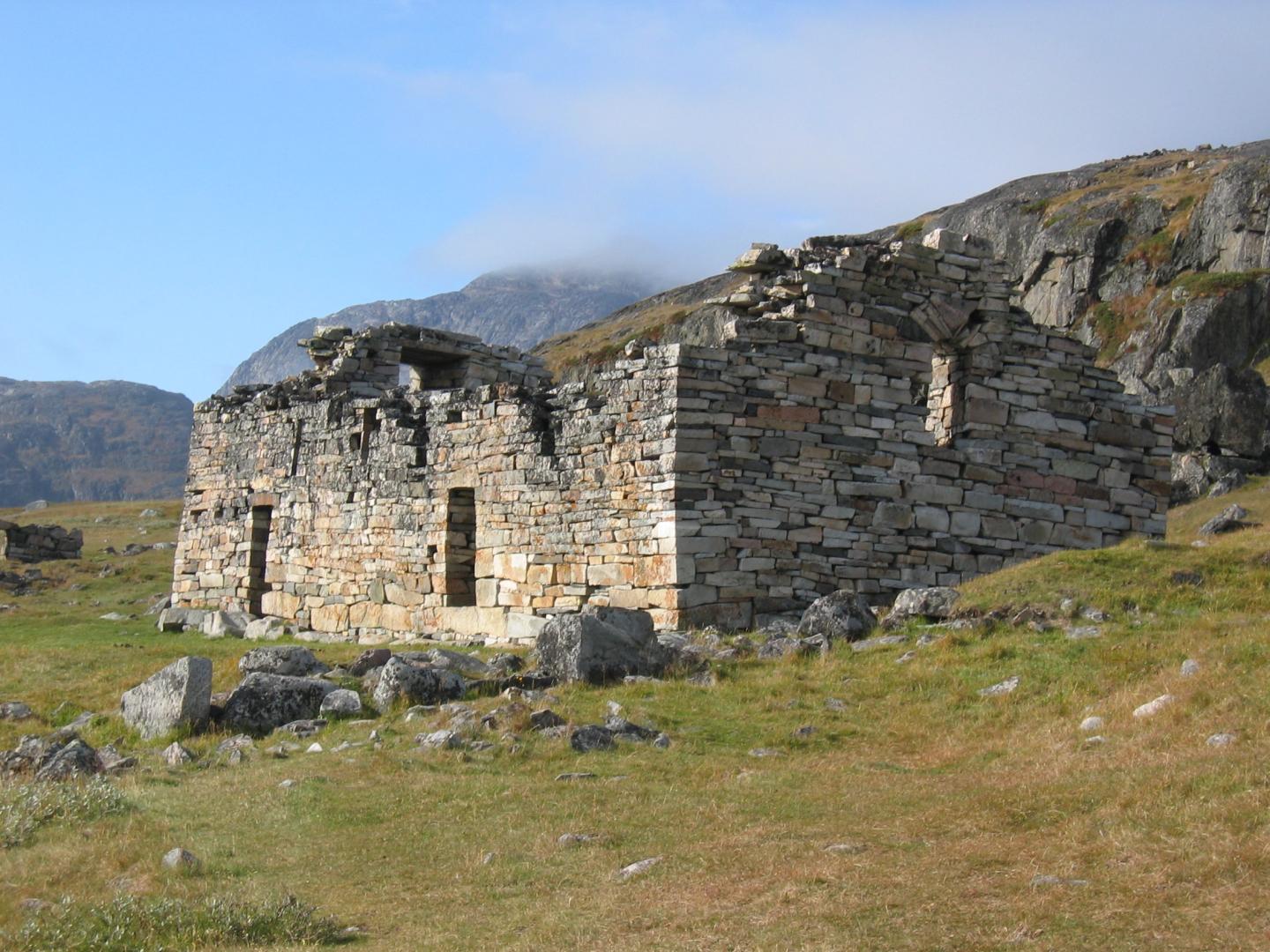 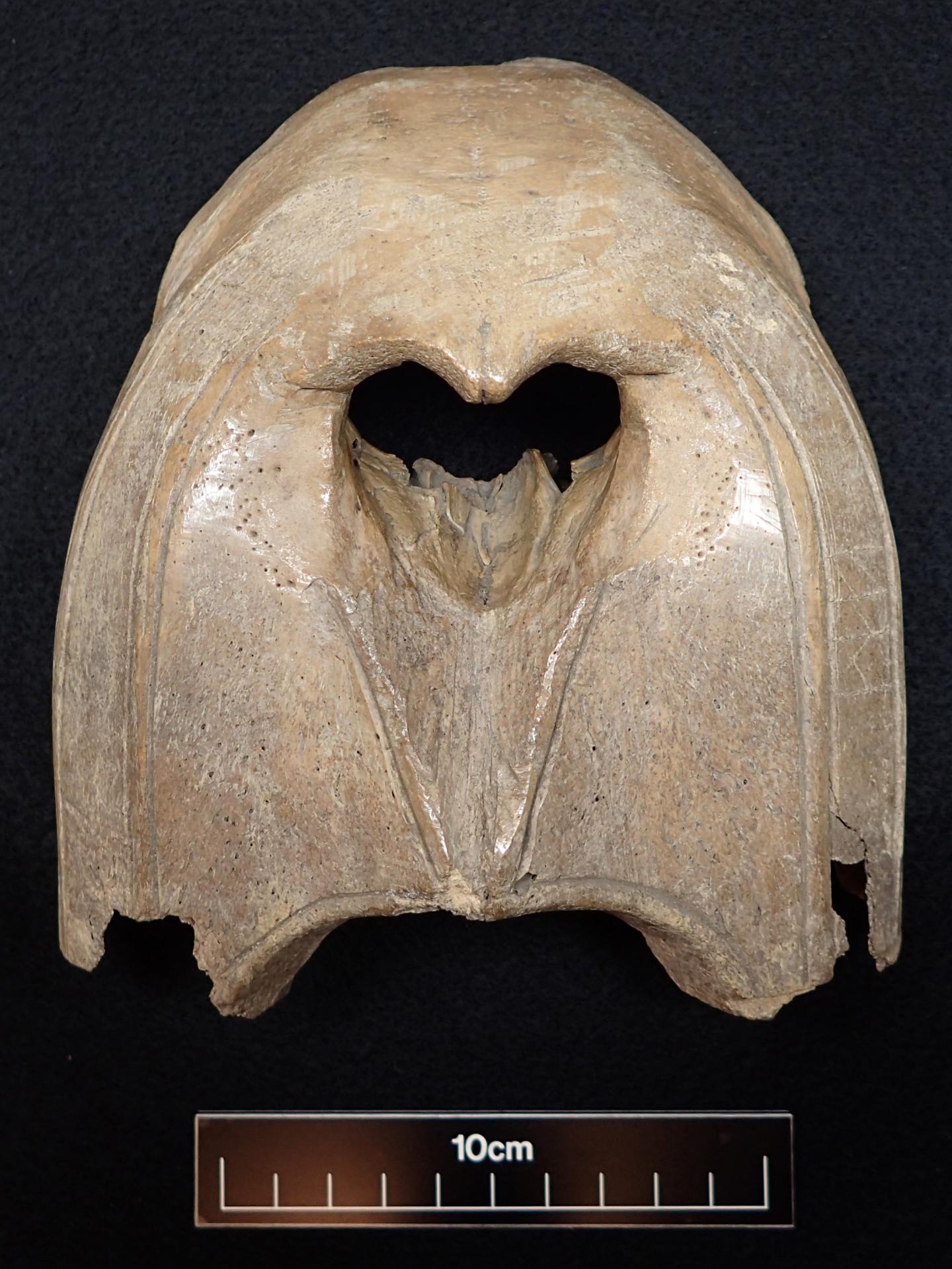 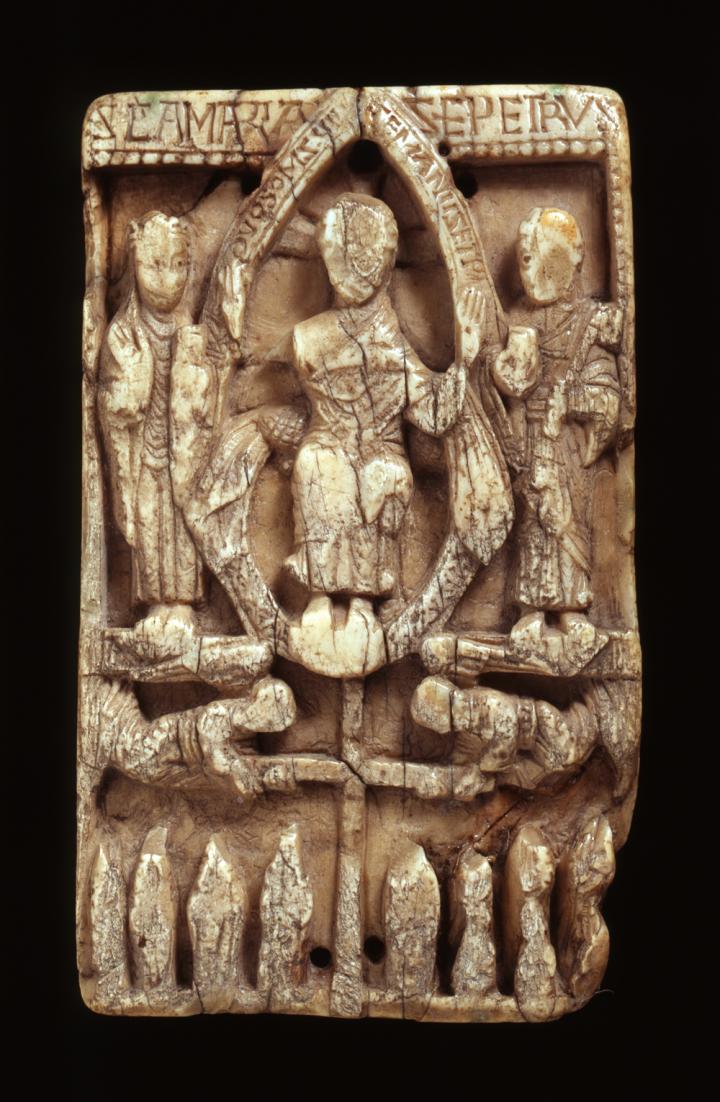 Museum of Archaeology and Anthropology, University of Cambridge.

This is an example of an elaborately-carved ecclesiastical walrus ivory plaque from the beginning of the medieval walrus ivory trade, featuring the figure of Christ, together with St. Mary and St. Peter, and believed to date from the 10th or 11th century. Found in North Elmham, Norfolk, UK, in the 19th century, and currently exhibited in the University of Cambridge's Museum of Archaeology and Anthropology.

Newswise — The mysterious disappearance of Greenland's Norse colonies sometime in the 15th century may have been down to the overexploitation of walrus populations for their tusks, according to a study of medieval artefacts from across Europe.

Founded by Erik the Red around 985AD after his exile from Iceland (or so the Sagas tell us), Norse communities in Greenland thrived for centuries - even gaining a bishop - before vanishing in the 1400s, leaving only ruins.

Latest research from the universities of Cambridge, Oslo and Trondheim has found that, for hundreds of years, almost all ivory traded across Europe came from walruses hunted in seas only accessible via Norse settlements in south-western Greenland.

Walrus ivory was a valuable medieval commodity, used to carve luxury items such as ornate crucifixes or pieces for games like chess and Viking favourite hnefatafl. The famous Lewis chessmen are made of walrus tusk.

However, the study also indicates that, as time wore on, the ivory came from smaller animals, often female; with genetic and archaeological evidence suggesting they were sourced from ever farther north - meaning longer and more treacherous hunting voyages for less reward.

Dr James H. Barrett, from the University of Cambridge's Department of Archaeology, argues that the Norse abandonment of Greenland may have been precipitated by a "perfect storm" of depleted resources and volatile prices, exacerbated by climate change.

"Norse Greenlanders needed to trade with Europe for iron and timber, and had mainly walrus products to export in exchange," said Barrett, lead author of the study published in Quaternary Science Reviews.

"We suspect that decreasing values of walrus ivory in Europe meant more and more tusks were harvested to keep the Greenland colonies economically viable."

"Mass hunting can end the use of traditional haul-out sites by walruses. Our findings suggest that Norse hunters were forced to venture deeper into the Arctic Circle for increasingly meagre ivory harvests. This would have exacerbated the decline of walrus populations, and consequently those sustained by the walrus trade."

Other theories for collapse of the colonies have included climate change - the "Little Ice Age", a sustained period of lower temperatures, began in the 14th century - as well as unsustainable farming methods and even the Black Death.

"An overreliance on walrus ivory was not the only factor in Norse Greenland's demise. However, if both the population and price of walrus started to tumble, it must have badly undermined the resilience of the settlements," says co-author Bastiaan Star of the University of Oslo. "Our study suggests the writing was on the wall."

Analysis using carved artefacts would risk damage, so researchers examined pieces of "rostrum": the walrus skull and snout to which tusks remained attached during shipment, creating a protective "package" that got broken up in the ivory workshops of medieval trading centres such as Dublin, Trondheim and Bergen.

In total, the team studied 67 rostra taken from sites across Europe, dating between the 11th and 15th century. Ancient DNA (25 samples) and stable isotopes (31 samples) extracted from samples of bone, as well as tusk socket size, provided clues to the animals' sex and origins.

The stable isotope analysis was conducted by Cambridge's Dorothy Garrod Laboratory for Isotopic Analysis, and the DNA analysis by Oslo's Department of Biosciences.

The researchers also studied traces of "manufacturing techniques" - changing styles of butchery and skull preparation - to help place the walrus remains in history.

While impossible to determine exact provenance, the researchers detected a shift in European walrus finds around the 13th century to walruses from an evolutionary branch most prevalent in the waters around Baffin Bay.

These animals must have been hunted by sailing northwest up the Greenland coast, and more recent specimens were smaller and often female. "If the original hunting grounds of the Greenland Norse, around Disko Bay, were overexploited, they may have journeyed as far north as Smith Sound to find sufficient herds of walrus," said Barrett.

Norse artefacts have previously been found among the remains of 13th and 14th century Inuit settlements in this most northern of regions. One former Inuit camp on an islet off Ellesmere Island contained the rivets of a Norse boat - quite possibly a hunting trip that never returned.

"Ancestors of the Inuit occupied northern Greenland during the time of the Norse colonies. They probably encountered and traded with the Norse," said Barrett. "That pieces of a Norse boat were found so far north hints of the risks these hunters might have ended up taking in their quest for ivory."

Barrett points out that the Inuit of the region favoured female walruses when hunting, so the prevalence of females in Greenland's later exports could imply a growing Norse reliance on Inuit supply.

He says that hunting season for the Norse would have been short, as seas were choked with ice for much of the year. "The brief window of summer would have barely been sufficient for rowing the many hundreds of miles north and back."

The legend of Erik the Red itself may mask what Barrett calls "ecological globalisation": the chasing of natural resources as supply dwindles. Recent research revealed that Greenland might have been settled only after Icelandic walruses were hunted to exhaustion.

Ultimately, having been highly prized for centuries, the marbled appearance of walrus ivory fell out of favour as West African trade routes opened up, and the homogenous finish of elephant ivory became de rigueur in the 13th century.

One account suggest that in the 1120s, Norse Greenlanders used walrus ivory to secure their own bishopric from the King of Norway. By 1282, however, the Pope requests his Greenland tithes be converted from walrus tusk into silver or gold.

"Despite a significant drop in value, the rostra evidence implies that exploitation of walruses may have even increased during the thirteen and fourteenth centuries," said Barrett.

"As the Greenlanders chased depleted walrus populations ever northwards for less and less return in trade, there must have come a point where it was unsustainable. We believe this 'resource curse' undermined the resilience of the Greenland colonies."

The research was funded by the Leverhulme Trust, The Research Council of Norway and the Nansenfondet.

Credit: Museum of Archaeology and Anthropology, University of Cambridge.

Caption: This is an example of an elaborately-carved ecclesiastical walrus ivory plaque from the beginning of the medieval walrus ivory trade, featuring the figure of Christ, together with St. Mary and St. Peter, and believed to date from the 10th or 11th century. Found in North Elmham, Norfolk, UK, in the 19th century, and currently exhibited in the University of Cambridge's Museum of Archaeology and Anthropology.