National Institutes of Health grant will fund research to evaluate a dietary agent as a prototype for new orally-administered tobacco cessation agents. 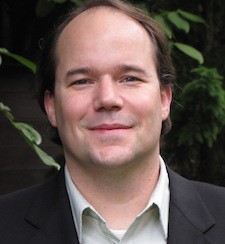 Newswise — HILLSBORO, Ore. -- Pacific University School of Pharmacy associate professor John Harrelson and his research team have been awarded a three-year grant of $375,127 from the National Institute on Drug Abuse within the National Institutes of Health to investigate new treatments for tobacco addiction. The NIH grant will fund research to evaluate a dietary agent, cinnamaldehyde, as a prototype for new orally-administered tobacco cessation agents with a mechanism of action that is unique from currently approved drugs.

Cinnamaldehyde is a natural product that provides the characteristic aroma to cinnamon oil and cinnamon powder. The team's preliminary research, which was supported by a New Investigator Grant from Oregon Health and Science University's Medical Research Foundation, grants from the Pacific Research Institute for Science and Mathematics, as well as faculty development and research incentive grants from Pacific University, indicates that cinnamaldehyde is an inhibitor of a key enzyme that metabolizes nicotine. This is significant because previous studies have shown that differences in nicotine metabolism influence smoking behavior.

"Studies from several labs have shown that individuals who metabolize nicotine slowly smoke fewer cigarettes than rapid nicotine metabolizers," he said. "Our current research is focused on investigating how cinnamaldehyde inhibits the nicotine metabolizing enzyme and using this information to design more potent and selective inhibitors, as well as to further evaluate cinnamaldehyde as a potential cessation agent."

Harrelson noted that compared to the variety of drugs available for many other diseases, such as depression and high blood pressure, the treatment options for nicotine addiction are severely limited.  Presently, there are only three pharmacological options approved in the U.S. to combat a disease that contributes to more than six million deaths worldwide annually.

“Considering the sheer number of individuals who are addicted to tobacco products, and the variety of factors that influence nicotine addiction and cessation, it is a major challenge to personalize treatment for each person with so few cessation options available," Harrelson said. "Our hope is that we can provide new options that will be attractive and effective for a portion of tobacco users who are currently unwilling or unable to use current cessation options for various reasons. For example, some individuals may be willing to try an option that is based on a compound present in a common spice such as cinnamon.”

Even though the dangers of smoking are well known, tobacco addiction continues to be a major health problem. Smoking is predicted to contribute to more than eight million deaths worldwide per year by 2030. “Decreasing the number of smokers even modestly would be significant," Harrelson noted. "A decrease of five percent would represent 2.1 million fewer smokers in the U.S. alone."

Harrelson also noted that slowing nicotine metabolism could be expected to provide some health benefit even for those individuals who are unable to completely quit smoking. “Overcoming nicotine addiction is a tremendous challenge.  Slowing nicotine metabolism could provide some health benefits and delay the onset of disease by decreasing overall cigarette consumption and exposure to the carcinogens present in tobacco products.”

Harrelson's grant will fund research through June 2019. The work will be conducted in labs at the university's School of Pharmacy in Hillsboro and the Chemistry Department in Forest Grove. Harrelson's team consists of co-investigators Brendan Stamper and Fawzy Elbarbry of the School of Pharmacy, co-investigator Jeannine Chan (School of Natural Sciences) and five expert consultants from across the United States and Canada.

In addition to the potential to develop new treatments, Harrelson said the grant will contribute to Pacific's overall research infrastructure by providing excellent interdisciplinary training opportunities for both undergraduate and pharmacy students.