Paper Predicts a Future Without CarnivoresWould Be Truly Scary 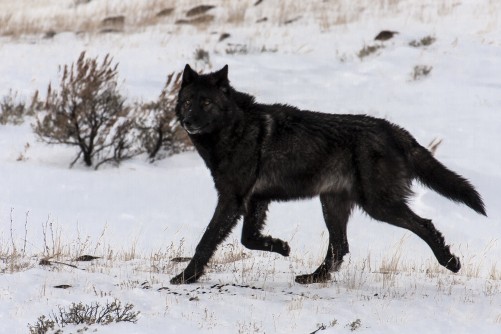 Gray wolf in Yellowstone National Park. Gray wolves are one of the world’s most widely distributed mammals and the most studied large carnivore. 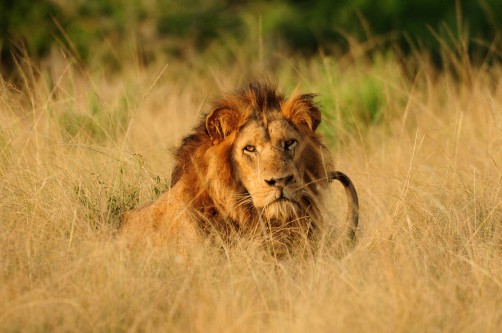 African lions occupy only 17% of their historical range and have declined dramatically in number due to habitat loss and indiscriminate killing in defense of humans and livestock.

Newswise — NEW YORK (January 9, 2014) — A fascinating paper released today from a team of leading scientists, including Dr. Joel Berger of the Wildlife Conservation Society and University of Montana, reports on the current status of large carnivores and the ecological roles they play in regulating ecosystems worldwide, and finds that a world without these species is certainly scarier than a world with them.

From sea otters that keep sea urchins in check and enable the rise of kelp beds thus increasing the productivity in inland coastal areas to pumas that mediate the browsing of mule deer and thus enhance the growth and reproduction of woody plants, the scientists profile seven of the 31 largest species of the order Carnivora and their well-studied ecological effects.

The paper, “Status and Ecological Effects of the World’s Largest Carnivores,” appears in the January 10, 2014 issue of the journal, Science. More than 100 published studies were reviewed to offer a comprehensive look at the state of carnivores and their impacts on the world today.

WCS Executive Vice President of Conservation and Science John Robinson said, “This important paper explores how carnivores regulate the structure and functioning of ecosystems and what happens when they are lost. For many people, it will be an eye-opener and hopefully bring about a change in attitudes and a deeper appreciation of these key species. Around the world, WCS continues to work to preserve the ecosystems that are vital to carnivores and to understand the critical benefits they provide to both wildlife and people.”

Among their many impacts, carnivores are a benefit to ecotourism. Yellowstone National Park’s restored wolf population, for example, brings in tens of millions of dollars in tourist revenue each year. And when wolves are absent, the effect on natural selection is dramatic. “In Badlands National Park, we have observed bison born with deformed hooves or portions of their legs missing,” said WCS Conservation Scientist and author of The Better to Eat You With, Joel Berger. “Historically, these bison would have been selected out for predation by wolves, contributing to the overall health of the herd. Today, without wolves, these bison survive and reproduce. This is not the way healthy ecosystems are maintained.”

However, many of the largest carnivores are listed as threatened on the International Union for the Conservation of Nature (IUCN) Red List, and most are still declining in number. These ‘top or apex predators’ have one great competitor: humans.

The authors note that “large-carnivore population declines are typically precipitated by multiple, and sometimes concurrent, human threats including habitat loss and degradation, persecution, utilization (such as for traditional medicine, trophy hunting or furs), and depletion of prey.”

Oregon State University professor and lead author of the paper, William J. Ripple said, “Globally, the ranges of carnivores are collapsing and many of these species are at risk of either local or complete extinction. It is ironic that large carnivores are disappearing just as we are learning about their important ecological and economic effects.”

Looking to the future, the scientists expect that the loss of apex predators will bring degradation to ecosystems that include reductions in plant diversity, biomass and productivity as well as wide-ranging impacts to other species. Greater rates of herbivory and concurrent decline of plant species may hasten global warming and desertification.

Critical to living with carnivores, the scientists conclude, is an understanding of the benefits they provide and where human/predator conflicts arise. Linking policy issues facing people such as population growth, meat consumption and exploitation of wild prey, livestock production, greenhouse gas emissions, food security, deforestation and desertification, and water quality/quantity with carnivore conservation is a necessary step toward coexistence. 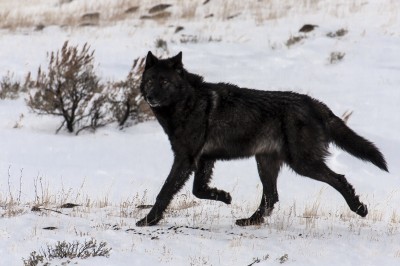 Caption: Gray wolf in Yellowstone National Park. Gray wolves are one of the world’s most widely distributed mammals and the most studied large carnivore. 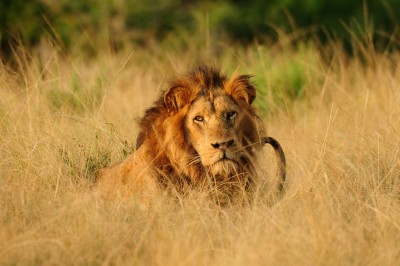 Caption: African lions occupy only 17% of their historical range and have declined dramatically in number due to habitat loss and indiscriminate killing in defense of humans and livestock.