15-Feb-2021 11:30 AM EST, by Perelman School of Medicine at the University of Pennsylvania contact patient services
favorite_border 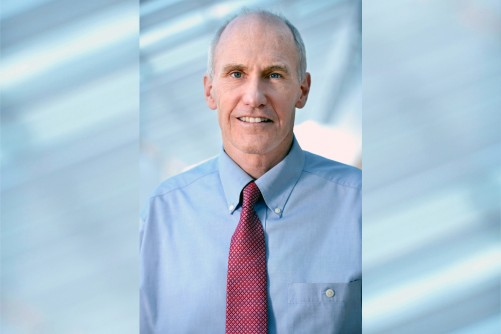 Carl June, MD, the Richard W. Vague Professor in Immunotherapy in the department of Pathology and Laboratory Medicine in the Perelman School of Medicine at the University of Pennsylvania and director of the Center for Cellular Immunotherapies at Penn’s Abramson Cancer Center

Newswise — PHILADELPHIA— International cancer cell therapy pioneer Carl June, MD, the Richard W. Vague Professor in Immunotherapy in the department of Pathology and Laboratory Medicine in the Perelman School of Medicine at the University of Pennsylvania and director of the Center for Cellular Immunotherapies at Penn’s Abramson Cancer Center, has been named a 2021 Dan David Prize Laureate.

The Dan David Prize is endowed by the Dan David Foundation, headquartered at Tel Aviv University, which annually awards three prizes of $1 million each to globally inspiring individuals and organizations, honoring outstanding contributions that expand knowledge of the past, enrich society in the present, and promise to improve the future of the world.

June has been recognized in the “future” category for his contributions to molecular medicine, including his groundbreaking work in developing chimeric antigen receptor (CAR) T cell therapy, which in August 2017, became the first U.S. Food and Drug Administration-approved personalized cellular therapy for cancer. June will share the prize with Steven Rosenberg, MD, PhD, chief of the Surgery Branch at the Center for Cancer Research, National Cancer Institute, and Zelig Eshhar, PhD, an immunologist at the Weizmann Institute of Science and the Tel Aviv Sourasky Medical Center.

“This global honor could not be more well deserved,” said University of Pennsylvania President Amy Gutmann. “Carl June is among the preeminent scientists in the world. After more than 20 years of pioneering research in his lab at Penn, Carl’s absolute determination to develop personalized cellular therapy for treating cancer is transforming the face of medicine and bringing hope to patients around the globe. The Dan David Award is a fitting recognition of his monumental achievements in medicine.”

“Dr. June is one of Penn’s most distinguished faculty members, and we are thrilled that he is being honored with the Dan David Prize for his work, which launched an immunorevolution that has reshaped the way we approach our fight against cancer,” said J. Larry Jameson, MD, PhD, Executive Vice President of the University of Pennsylvania for the Health System and Dean of the Perelman School of Medicine. “I consider his contributions to the field of oncology to be among the most impressive in any medical or scientific field, and a crucial accomplishment in Penn’s longtime role as a pioneering institution that makes breakthrough medical advances.”

“I am honored and humbled to receive the Dan David Prize,” said June, who also serves as the director of the Parker Institute for Cancer Immunotherapy at Penn. “This is especially meaningful to me to be given the award along with Steven Rosenberg and Zelig Eshhar, who have been my long-term mentors and colleagues over the past 30 years. I also want to thank my wife Lisa and our five children who, along with my team at Penn, have been partners during this journey. Finally, I would like to thank the Dan David Foundation and Tel Aviv University for promoting science to the lay public during the global challenge facing all of us with the pandemic.”

June and his lab discovered several basic scientific principles of how the cells in the immune system work to fight cancer and infections in the 1980s and 1990s. His lab would go on to conduct the first clinical evaluation of gene-modified T cells, initially in people with HIV/AIDS and then in patients with advanced leukemia using CAR T cell therapy, the approach that retrains a patient’s own immune cells to attack cancer. The cellular therapy was awarded “Breakthrough Therapy” status by the FDA for acute leukemia in children and adults in 2014 and was approved as the first personalized cellular therapy for cancer, Kymriah, in 2017. It is now in use for the treatment of pediatric and adult blood cancer patients worldwide.

Newswise — June, who has published more than 500 manuscripts, has received numerous prizes and honors, including election into the Institute of Medicine in 2012, the American Academy of Arts and Sciences in 2014, and the National Academy of Sciences in 2020, and the Paul Ehrlich and Ludwig Darmstaedter Prize. In 2017, he was named a fellow of the American Association for Cancer Research Academy and received the David A. Karnofsky Memorial Award from the American Society of Clinical Oncology.

The Dan David Prize laureates donate 10 percent of their prize money to postgraduate students in their respective fields, thereby contributing to the community and fostering a new generation of scholars.

Ezekiel J. Emanuel, Vice Provost of Global Initiatives of the University of Pennsylvania, received the Dan David prize in 2018 for his contribution to the field of bioethics. Past laureates also include cellist Yo-Yo Ma, former U.S. Vice-President Al Gore, and BRCA scientist Mary-Claire King, MD.

“Professor June and his co-laureates perfectly embody the spirit of the Dan David Prize and my father’s vision in creating it,” said Ariel David, director of the Dan David Foundation and son of the prize founder. “Their seminal research in developing T cells to treat various forms of cancer is already saving lives across the world but, thanks to recent developments in gene editing techniques, it also offers the promise of further breakthroughs in the fight against this and other diseases. The idea of recognizing past achievements while supporting further discovery is at the core of the Prize’s values, and I am very proud to see these values reflected in the work and life stories of this year’s laureates.”