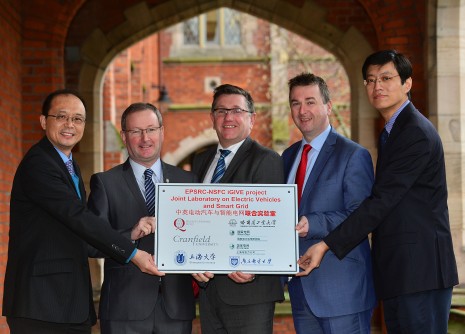 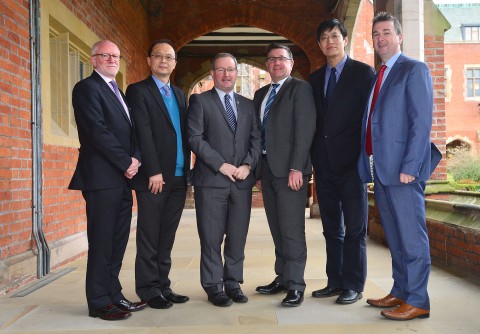 Newswise — A group of UK Russell Group Universities, led by Queen’s University Belfast, has been selected to build major collaborations with the top ten engineering institutions in China.

This prestigious award by the British Council is aimed at building higher education links and helping to improve the quality of engineering research and teaching in China.

The consortium is the first of its kind to partner to the E9 Chinese Excellence League - the top ten engineering institutions in China. It will be led by Queen’s, joined by University College London, The University of Manchester, Cardiff University, University of Warwick, and University of Birmingham. The group represents one quarter of the Russell Group of research intensive universities in the UK, with world leading research and education excellence in engineering.

During a delegation to Shanghai by Jo Johnson MP in September, the Department of Business, Energy & Industrial Strategy agreed to fund the significant £200,000 award through the British Council.

The funding will see the successful universities working closely with E9, which will enable the UK universities to create a critical mass on a cluster of key engineering areas, such as energy and advanced manufacturing, and will help maintain the UK’s global standing in light of increasing international competition. It will also allow China to make the transition from a big manufacturer to a manufacturing industry superpower.

Queen’s University’s Vice-Chancellor Professor Patrick Johnston recently visited China as part of a Russell Group delegation to explore collaboration with elite universities in mainland China. He commented: “The UK-China partnership is a strong example of Queen’s University’s commitment to making a positive impact in both research and education on a global scale.

“Queen’s has long historic links with China, beginning with Sir Robert Hart who graduated from Queen’s in 1853 and became Inspector-General of China’s Imperial Maritime Custom Service. Our friendship with China is epitomised by this current partnership, led by Professor Mark Price and Professor Kang Li.

“This work will develop our institutional collaborations further, strengthening our links with both the UK and China. The award from the British Council is an indication of the international significance of this work, reaffirming our global reputation for excellence.”

Pro-Vice-Chancellor for Engineering and Physical Sciences, Professor Mark Price, who is leading the partnership for Queen’s University, commented: “I am delighted, and honoured, to be leading this international collaboration of some of the best engineering institutions in the world, here in the UK and in China.

“We have made many great friends in China and by working together we are now achieving great things in research and education. As a group, these 16 institutions have outstanding teams and we look forward to becoming even stronger by developing a more co-ordinated and synergised approach to our research and teaching. Together, we can tackle the major challenges facing the world and make a difference for everyone. We have exciting times ahead!”

He said: “We at British Council Northern Ireland would like to congratulate Queen’s University on their success. International research collaboration between Northern Ireland and countries like China are vital if we are to build understanding and nurture partnerships. The global challenges we now face are huge – and there is an obvious and natural reason why we should strengthen relations between world-class universities like Queen’s University and those in China, for the mutual benefit of both countries.

“Through this collaboration we can help to solve today’s major challenges – with the solutions increasingly requiring working across boundaries, disciplines and international borders. Engaging with and strengthening our links with China will continue to be an important element in the development and growth of our economy.”