14-Feb-2014 11:00 AM EST, by Malignant Hyperthermia Association of the United States (MHAUS)
favorite_border

MHAUS remembers one of the pioneers in the study of Malignant Hyperthermia, Dr. Michael Denborough of Australia (July, 11, 1929 to February 8, 2014) 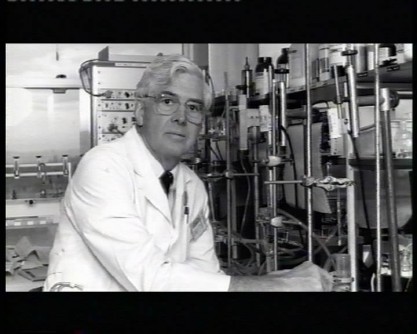 MHAUS remembers one of the pioneers in the study of Malignant Hyperthermia, Dr. Michael Denborough of Australia (July, 11, 1929 to February 8, 2014)

Newswise — “MHAUS mourns the death of one of the pioneers in the study of Malignant Hyperthermia, Dr. Michael Denborough (July, 11, 1929 to February 8, 2014) of Australia, says MHAUS President Henry Rosenberg, M.D. Dr. Denborough and colleagues were the first to describe the disorder that was later named Malignant Hyperthermia. He did seminal work in describing the clinical and genetic basis for human MH. He also worked with pigs who developed “porcine stress syndrome” and showed how those animals could be a model for human MH.

Later in his life he worked hard as an advocate for anti-nuclear proliferation.

He was a great scientist, and a wonderful human being.”

History:In 1961, Michael Denborough was one of two doctors who described a young man in Melbourne, Australia, with a fractured tibia who was more concerned about receiving general anesthesia than about his fractured leg because 10 of his family members had developed uncontrolled hyperthermia and death during general anesthesia with ether. The anesthesiologists, therefore, decided to proceed with general anesthesia using halothane, a recently introduced general anesthetic agent. After 10 minutes of halothane anesthesia, the patient became tachycardic, hypotensive, hypoxemic, and hyperthermic, and the halothane was discontinued. He was packed in ice and subsequently recovered uneventfully. The patient's family was investigated by Dr. Michael Denborough, an internist and research fellow with an interest in genetics, who noted that the pattern of deaths appeared to follow an autosomal dominant inheritance. He later determined that serum creatine phosphokinase (CK) levels were elevated in many of the family members.

Denborough's publication was the first to suggest that an inherited syndrome could be the cause of an anesthetic-induced fatal hyperthermic crisis. Subsequent cases of anesthetic-related fulminant hyperthermia accompanied by rhabdomyolysis and muscle rigidity were reported in the 1960s. Because of its high mortality rate (> 70%) and consistent presence of elevated body temperature, this syndrome was referred to as "malignant hyperpyrexia" or "malignant hyperthermia." Since that time, our knowledge of the inheritance, pathophysiology, and treatment of MH has grown considerably. Anesthesiologists have become adept at prospectively identifying susceptible patients and diagnosing acute MH early in its course, which has led to a drastic decrease in mortality from MH, to less than 5% in developed countries. More at http://www.medscape.org/viewarticle/491434_2.

What is Malignant Hyperthermia:Malignant Hyperthermia (MH) is inherited genetic disorder found in an estimated 1 out of 2,000 people and triggered by certain anesthetics and/or the drug succinylcholine, and most often experienced in individuals undergoing routine surgery but, in rare cases, MH can happen without anesthesia. The disorder is due to abnormally increased levels of cell calcium in the skeletal muscle. Symptoms include body temperature of up to 107 degrees, muscle rigidity, system-wide organ failure, and possible death.

About the Malignant Hyperthermia Association of the United States (MHAUS): MHAUS was founded families who lost their children to MH or could not find information about MH. In 1981 they found each other - and a doctor performing MH testing – and agreed “to make current information about MH available to all who need it!”

Since 1981 MHAUS has asked fostered the following: the World Health Organization (WHO) to add MH to its list of recognized diseases and disorders. In 1983 the first MHAUS healthcare professional and patient teaching conference. In 1992 the FDA ordered pharmaceutical companies that manufacture succinylcholine to change the package insert to indicate that the drug should not be used routinely in children. In 1995 the MH 24-hour Hotline was formalized and MHAUS merged with the North American MH Registry, which had been established in 1987. In 1997 the MHAUS website was formed along with the Neuroleptic Malignant Information Service of MHAUS. In 1998 the MH ID Tag program was created. In 2000 the MH Procedure Manual was created for ambulatory surgery centers, hospitals, and office based surgery suites. In 2001 the MH Patient Liaison Committee was formed. In 2003 a new mutation in ryanodine receptor gene was discovered and appears to be causal for MH. Read more at: www.mhaus.org.

The mission of Malignant Hyperthermia Association of the United States is to promote optimum care and scientific understanding of MH and related disorders. MH episodes can happen at any time and MHAUS will always be ready to provide assistance when you need it.

But the best way protect your family and patients is to be prepared before it’s too late. Get Involved with MHAUS today to find out how.