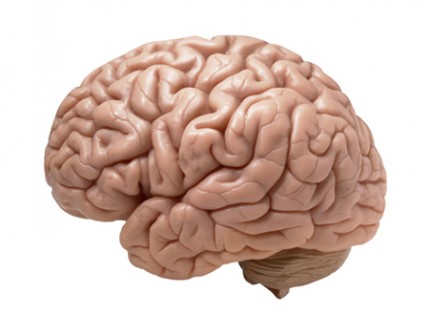 Thinness of the cerebral cortex, the brain’s wrinkled outer layer of tissue, was found to be predictor of likelihood to drink heavily by age 18.

The findings are published in the current issue of American Journal of Psychiatry.

“Underage alcohol consumption is a significant problem in this country,” said senior author Susan F. Tapert, PhD, professor of psychiatry. “Being able to identify at-risk children before they begin drinking heavily has immense clinical and public health implications. Our findings provide evidence that it’s possible to predict which adolescents are most likely to begin drinking heavily by age 18.”

Underage drinking is common in the United States, with approximately two-thirds of 18-year-olds reporting alcohol use. Though illegal, the Centers for Disease Control says drinkers between the ages of 12 and 21 account for 11 percent of all alcohol consumed in the United States.

The adverse consequences of adolescent drinking are well-documented: higher rates of violence, missing school, drunk driving, driving with a drunk driver, suicide and risky sexual behavior. Alcohol consumption accounts for more than 5,000 adolescent deaths each year in the U.S.

Individual consequences are no less onerous, with adolescent drinking contributing to memory, learning and behavioral problems, changes in brain development with long-lasting effects and greater likelihood for abuse of other drugs.

A mix of social, psychological and biological mechanisms are believed to contribute to alcohol use during adolescence. Demographic risk factors include being male, having higher levels of psychological problems and associating positive outcomes with alcohol (i.e. drinking is fun).

The authors note that past neuropsychological and neuroimaging studies have suggested it might be possible to quantify the underlying behavioral mechanisms of risk for substance abuse. These include poorer performance on tests of executive functioning, comparatively less brain activation of working memory, inhibition and reward processing and less brain volume in regions associated with impulsivity, reward sensitivity and decision making.

In the American Journal of Psychiatry study, 137 adolescents between the ages of 12 and 14 who were “substance-naïve” (97 percent had never tried alcohol) underwent a battery of neuropsychological tests and functional magnetic resonance imaging of their brains. They were then assessed annually. By age 18, just over half of the youths (70) were moderate to heavy users of alcohol (based on drinking frequency and quantity); the remaining 67 study participants continued to be nonusers.

Among the findings, 12- to 14-year-olds were more likely to begin drinking by age 18 if:

The study did not extend to the question of early marijuana use because only 15 percent of the sample reported eventually using marijuana more than 30 times, but the authors said it was possible that the reported risk factors for alcohol use also apply to marijuana and other illicit substances. They said further and larger studies are necessary.

“The value of this particular study is that it provides a documented path for other researchers to follow, to replicate and expand upon our findings,” said Tapert. “Ultimately, of course, the goal is to have a final, validated model that physicians and others can use to predict adolescent alcohol use and prevent it.”