Robotic Surgery May Improve Outcomes in Mouth and Throat Cancer 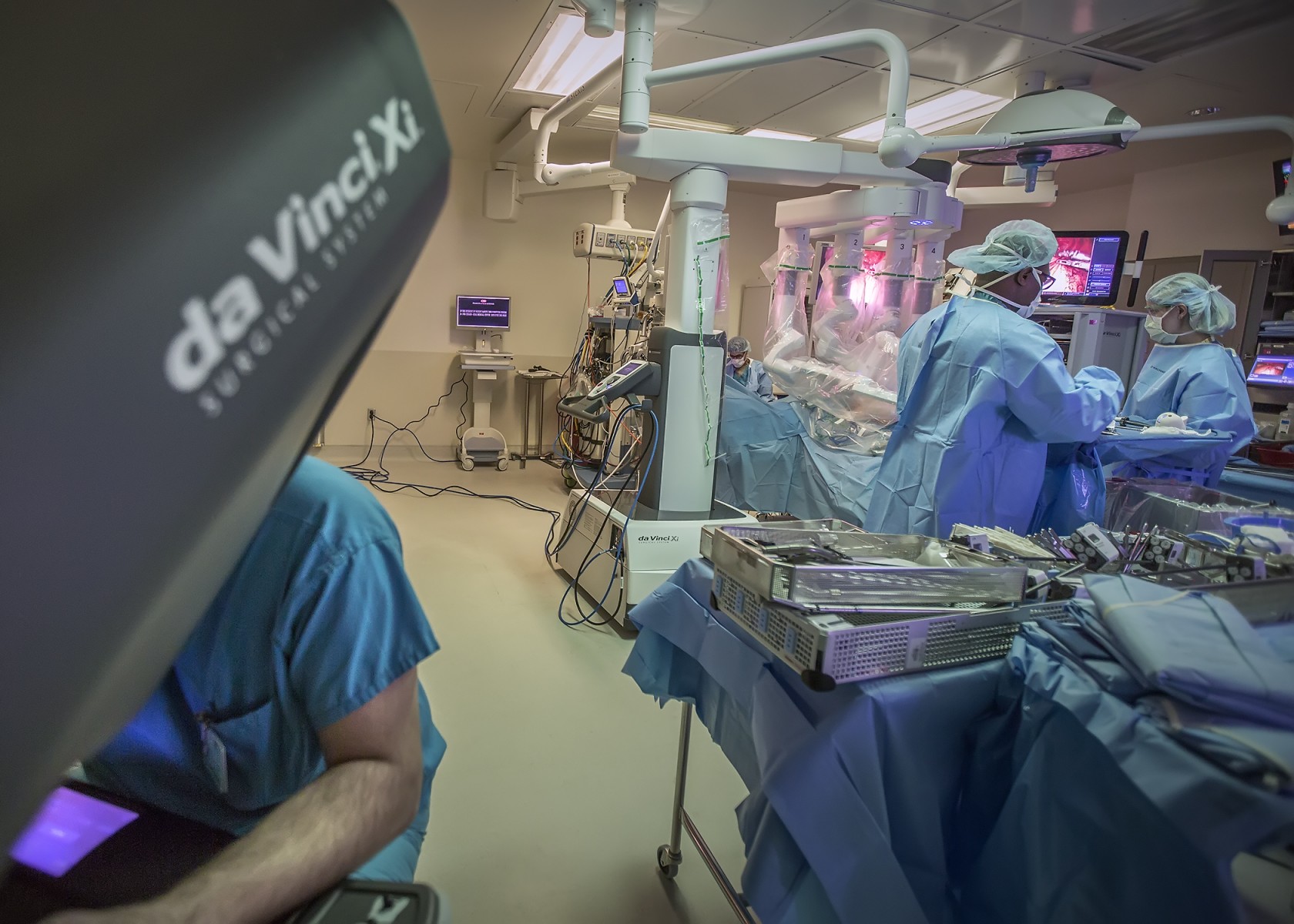 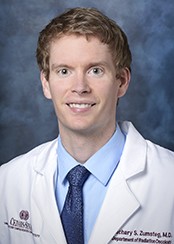 “At a minimum, robotic surgery for oropharyngeal cancer patients seems safe and effective compared to what’s been the standard of care for many years,” said Zachary S. Zumsteg, MD, assistant professor of Radiation Oncology at Cedars-Sinai.

Newswise — LOS ANGELES (Aug. 20, 2020) - Robotic surgery for patients with early stage, oropharyngeal squamous cell cancer is associated with improved health outcomes, including better long-term survival, according to a Cedars-Sinai study published Thursday in JAMA Oncology. Oropharyngeal cancer occurs in the back of the throat and includes the base of the tongue and tonsils. ­­

Transoral robotic surgery is a minimally invasive procedure in which a surgeon uses a computer-enhanced system to guide an endoscope – a flexible tube with a light and camera attached to it – to provide high-resolution, 3D images of the back of the mouth and throat, an area that is difficult to reach with conventional tools. Two robotically guided instruments, acting as a surgeon’s arms, work around corners to safely remove tumors from surrounding tissue.

The Cedars-Sinai retrospective, observational study, which used data from the National Cancer Database, included 9,745 surgical patients – 2,694 of whom underwent transoral robotic surgery between 2010 and 2015. The authors found that the five-year overall survival rate for patients with early-stage disease who underwent robotic surgery was 84.5%, compared with 80.3% for patients who had non-robotic surgery, after adjusting for differences in health and other characteristics of the two patient groups.

“At a minimum, robotic surgery for oropharyngeal cancer patients seems safe and effective compared to what’s been the standard of care for many years,” said Zachary S. Zumsteg, MD, assistant professor of Radiation Oncology at Cedars-Sinai, referring to standard surgery, radiation therapy and chemotherapy. He is the study’s senior and corresponding author. Anthony T. Nguyen, MD, PhD, a resident in the Department of Radiation Oncology at Cedars-Sinai, is the study’s lead author.

The Cedars-Sinai study observed that the proportion of patients undergoing transoral robotic surgery for early-stage oropharyngeal cancer increased dramatically after the U.S. Food and Drug Administration approved the surgery for that cancer in 2009 – from 18.3% in 2010 to 35.5% in 2015, according to the researchers’ findings. Additionally, the proportion of facilities performing transoral robotic surgery during that same period more than doubled, from 6.3% to 13.9%.

“Our purpose in doing this study was to see how this new technology, which has never been tested in a randomized, controlled trial, has influenced patterns of treatment and outcomes since its FDA approval,” Zumsteg said. “There is a learning curve with any new surgical technique, and new ones don’t always translate into equal or improved outcomes.”

Referring to their study results as “hypothesis-generating,” the researchers hope it will inform future randomized, controlled clinical trials,” Nguyen said.

“Meanwhile, it’s reassuring to our patients that their survival rate is the same if not better with robotic surgery and they have the potential for a better quality of life,” Nguyen said.

The study was supported by Cedars-Sinai Cancer. The authors report no conflicts of interest related to this work.

Read a cancer survivor’s empowering story on the Cedars-Sinai blog: “Climbing Beyond Cancer”

Caption: “At a minimum, robotic surgery for oropharyngeal cancer patients seems safe and effective compared to what’s been the standard of care for many years,” said Zachary S. Zumsteg, MD, assistant professor of Radiation Oncology at Cedars-Sinai.