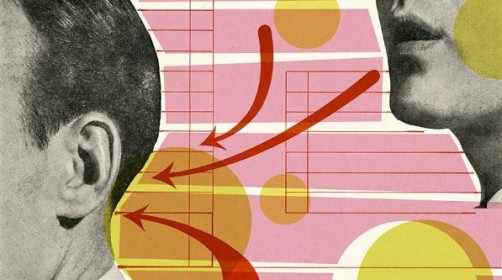 Some people can pass a hearing test but have trouble understanding speech in a noisy environment. New research identifies a new mechanism for this condition just years after its discovery.

Newswise — Patients who complain they can’t hear their friends at a noisy restaurant, but pass a hearing test in their doctor’s office, may be describing hidden hearing loss.

Now, less than six years since its initial description, scientists have made great strides in understanding what hidden hearing loss is and what causes it. In research published in Nature Communications, University of Michigan researchers report a new unexpected cause for this auditory neuropathy, a step toward the eventual work to identify treatments.

“If people can have hidden hearing loss for different reasons, having the ability to make the right diagnosis of the pathogenesis will be critical,” says author Gabriel Corfas, Ph.D., director of the Kresge Hearing Research Institute at Michigan Medicine’s Department of Otolaryngology – Head and Neck Surgery.

Corfas published the research with co-author Guoqiang Wan, now with Nanjing University in China. They discovered using mice that disruption in the Schwann cells that make myelin, which insulates the neuronal axons in the ear, leads to hidden hearing loss. This means hidden hearing loss could be behind auditory deficits seen in acute demyelinating disorders such as Guillain-Barré syndrome, which can be caused by Zika virus.

Corfas and Wan used genetic tools to induce loss of myelin in the auditory nerve of mice, modeling Guillain-Barré. Although the myelin regenerated in a few weeks, the mice developed a permanent hidden hearing loss. Even after the myelin regenerated, damage to a nerve structure called the heminode remained.

Synapse loss versus myelin disruptionWhen the ear is exposed to loud noises over time, synapses connecting hair cells with the neurons in the inner ear are lost. This loss of synapses has previously been shown as a mechanism leading to hidden hearing loss.

In an audiologist’s quiet testing room, only a few synapses are needed to pick up sounds. But in a noisy environment, the ear must activate specific synapses. If they aren’t all there, it’s difficult for people to make sense of the noise or words around them. That is hidden hearing loss, Corfas says.

“Exposure to noise is increasing in our society, and children are exposing themselves to high levels of noise very early in life,” Corfas says. “It’s clear that being exposed to high levels of sound might contribute to increases in hidden hearing loss.”

While continuing this work, Corfas started to investigate other cells in the ear, which led to uncovering the new mechanism.

There are no current treatments for hidden hearing loss. But as understanding of the condition improves, the goal is for the research to lead to the development of drugs to treat it.