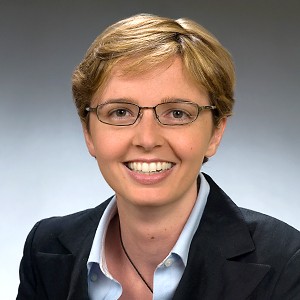 Newswise — New research from an American University professor finds that a weak dollar may be good for emerging market economies, not just for the United States. Treasury Secretary Steve Mnuchin’s stated at the World Economic Forum in Davos that a weak dollar is good for the United States, but this study finds that other countries may also benefit. A co-authored study from Valentina Bruno, an associate professor at the university’s Kogod School of Business, finds that emerging market stock prices benefit from a weak dollar, but it also cautions against going all in on investing when the dollar is weak.

In a working paper titled “Currency depreciation and emerging market corporate distress,” Bruno examined non-financial publicly traded firms in 18 emerging market economies that issued at least one bond between 2002 and 2014.

“We found the US dollar is a key barometer of global credit conditions,” Bruno said of the study. “When the dollar depreciates, there is more dollar credit available to borrowers, loosening financial conditions globally. When the dollar weakens, foreigners can borrow more in dollars.”

This investment strategy, they discovered, is not good in the long term.

“Easy financial conditions may open [firms] up to vulnerabilities associated with currency mismatch and an appreciation of the dollar,” she adds. “A strengthening dollar sends the credit cycle into reverse. Our research finds that firms that exploit favorable financing conditions associated with a weaker dollar are also the ones that will suffer the most when the cycle turns, through deleveraging and the repayment of dollar debts.”

The research, and co-authored Hyun Song Shin of the Bank for International Settlements, also echoes a caution from the International Monetary Fund. In “The Current Economic Sweet Spot Is Not the New Normal,” published on the IMF’s blog, the organization reminds policy makers and elected officials that easy financial conditions can lead to decades of hard times.  “As important as they have been to the recovery, easy financial conditions and fiscal support have also left a legacy of debt – government, and in some cases, corporate and household.”

The full paper can be read here.

About American University
American University is a leader in global education, enrolling a diverse student body from throughout the United States and nearly 140 countries. Located in Washington, D.C., the university provides opportunities for academic excellence, public service, and internships in the nation’s capital and around the world.