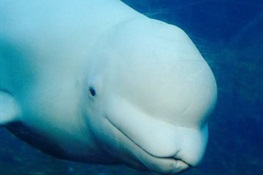 2. Scientists examined the effects of vessels on beluga whales (Delphinapterus leucas) in the Tarium Niryutait Marine Protected Area in the Mackenzie River estuary between 2015 and 2018 with acoustic recorders placed near the only shipping lane in the protected area.

3. Beluga vocalizations decreased significantly when ships were within five kilometres of the acoustic recorder, suggesting that the cetaceans either avoid the vessels or vocalize less; future studies are needed to determine long-term consequences of vessel traffic on belugas and formulate management decisions to reduce impacts.