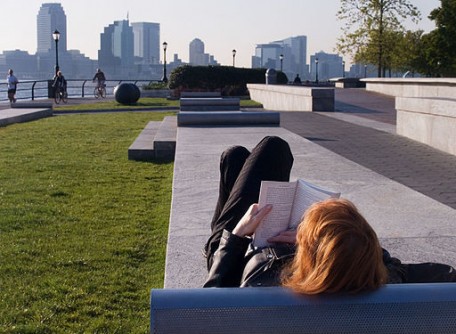 Newswise — BUFFALO, N.Y. – Everyone needs an occasional break from the social ramble, though spending too much time alone can be unhealthy and there is growing evidence that the psychosocial effects of too much solitude can last a lifetime.

But newly published research by a University at Buffalo psychologist suggests that not all forms of social withdrawal are detrimental.

In fact, the research findings published in the journal Personality and Individual Differences suggest that one form of social withdrawal, referred to as unsociability, is not only unrelated to negative outcomes, but linked positively to creativity.

“Motivation matters,” says Julie Bowker, an associate professor in UB’s Department of Psychology and lead author of the study, which is the first study of social withdrawal to include a positive outcome.

Bowker’s study results are reminiscent of realities that surface in literature, from Thoreau’s retreat to Walden to Thomas Merton’s work as a cloistered monk, but for all the conversation and examples about the benefits of withdrawing to nature or reconnecting to the self, the pursuit has remained something that hasn’t been well investigated in the psychological literature, according to Bowker.

“When people think about the costs associated with social withdrawal, often times they adopt a developmental perspective,” she says. “During childhood and adolescence, the idea is that if you’re removing yourself too much from your peers, then you’re missing out on positive interactions like receiving social support, developing social skills and other benefits of interacting with your peers.

“This may be why there has been such an emphasis on the negative effects of avoiding and withdrawing from peers.”

But, in recent years, Bowker says there is growing recognition for the different reasons why youth withdraw from and avoid peers, and that the risk associated with withdrawal depends on the underlying reason or motivation.

Some people withdraw out of fear or anxiety.  This type of social withdrawal is associated with shyness. Others appear to withdraw because they dislike social interaction.  They are considered socially avoidant.

But some people withdraw due to non-fearful preferences for solitude.  These individuals enjoy spending time alone, reading or working on their computers.  They are unsociable.  Unlike shyness and avoidance, research consistently shows that unsociability is unrelated to negative outcomes.  But, Bowker’s study is the first to link it to a positive outcome, creativity.

“Although unsociable youth spend more time alone than with others, we know that they spend some time with peers.  They are not antisocial. They don’t initiate interaction, but also don’t appear to turn down social invitations from peers.  Therefore, they may get just enough peer interaction so that when they are alone, they are able to enjoy that solitude.  They’re able to think creatively and develop new ideas – like an artist in a studio or the academic in his or her office,” says Bowker.

In the study, shyness and avoidance were related negatively to creativity.  Bowker thinks that “shy and avoidant individuals may be unable to use their solitude time happily and productively, maybe because they are distracted by their negative cognitions and fears”

For the study, 295 participants reported on their different motivations for social withdrawal. Other self-report measures assessed creativity, anxiety sensitivity, depressive symptoms, aggression, and the behavioral approach system (BAS), which regulates approach behaviors and desires, and the behavioral inhibition system (BIS), which regulates avoidant behaviors and desires.

Bowker says there is some overlap in the types of social withdrawal. Someone might be high in shyness, but also have some tendency toward unsociability. But, the results from her study show that when the research controls for all the subtypes, the three types of social withdrawal are related differently to outcomes.  Not only was unsociability related positively to creativity, but the study findings also showed other unique associations, such as a positive link between shyness and anxiety sensitivity.