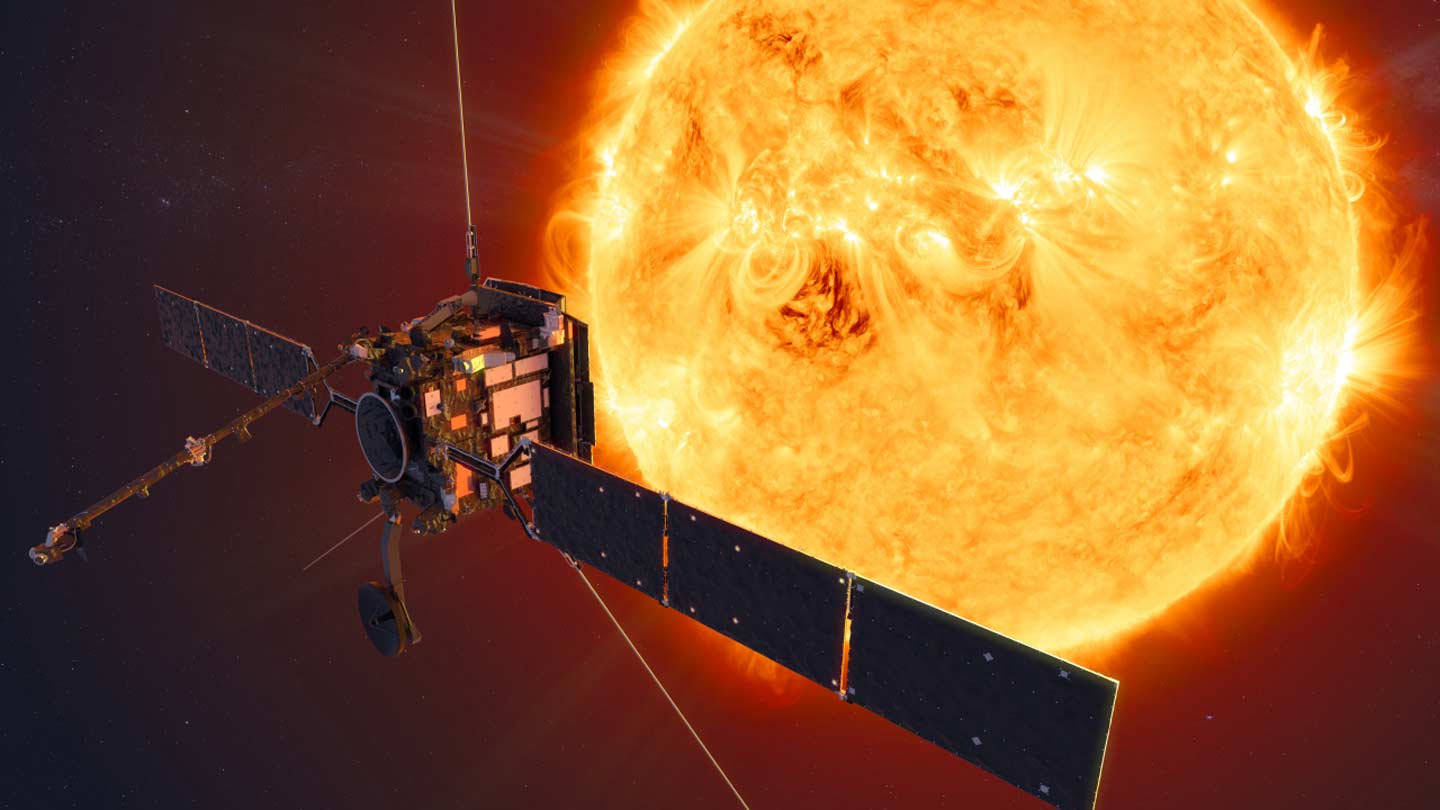 A member of the National Academy of Sciences, Dr. Gary Zank is the director of UAH’s Center for Space Plasma and Aeronomic Research and the Aerojet Rocketdyne chair of the UAH Department of Space Science.

Newswise — HUNTSVILLE, Ala. (Feb. 4, 2020) – The University of Alabama in Huntsville (UAH) will have a major role in exploring an expected massive data stream that will follow the launch of the European Space Agency (ESA) Solar Orbiter, a mission that will fly over the sun’s poles and on which UAH’s Dr. Gary Zank is a co-primary investigator on the magnetometer team.

Solar Orbiter (SO) is scheduled to launch Feb. 7 from Cape Canaveral aboard an Atlas V 411 rocket. NASA is a strong ESA mission participant. The mission is expected to help scientists understand how the sun creates and controls the giant bubble of plasma that surrounds the whole solar system and influences the planets within it.

The solar mission is similar to that of NASA’s Parker Solar Probe (PSP), although SO will not go as close to the sun as PSP.

“Solar Orbiter has similar instrumentation as PSP but of course it was developed by different groups and scientists,” says Dr. Zank, director of the UAH Center for Space Plasma and Aeronomic Research (CSPAR) and the Aerojet Rocketdyne chair of the Department of Space Science.

“What is unique about SO is its trajectory, which will take it over the polar regions of the sun. By contrast PSP, although it will fly closer to the sun than SO, remains in the ecliptic plane – the plane in which the planets and the sun lie.”

Because of its orbit, PSP can’t explore in detail the huge polar coronal holes that form during the period of solar minimum, the period of least solar activity in the 11-year solar cycle of the sun. But for the first time SO will take high-resolution images of the solar poles as well as collecting other data.

“The polar orbit is important because the sun during solar minimum is dominated by a very steady high-speed solar wind of about 700-800 kilometers per second (km/s), that emanates from the northern and southern coronal holes,” Dr. Zank says.

The coronal holes are long lasting and become larger as the solar cycle progresses. They eventually dominate much of the solar wind except in the ecliptic, which retains a slow solar wind of 350-400 km/s.

“The acceleration mechanisms for these two classes of winds are thought to be quite different,” Dr. Zank says. “So, SO complements PSP in that the combination provides a full 360-degree coverage of the sun and allows us to investigate the different physical processes thought to be responsible for forming the solar wind. This will allow us to answer that critical question for both missions. This makes the combination of the two spacecraft enormously exciting and it’s why I am very happy to be on both teams.”

Dr. Zank’s SO magnetometer team will use that instrument to measure the magnetic fields in the solar wind and corona. On PSP, he is involved in the plasma data. UAH already receives large streams of data from PSP and it will also do so from SO.

“We will basically explore the data returned by SO in its own right, relating it to theoretical models, but our engagement in both missions will allow us to combine data sets and explore the questions of solar wind origin and coronal heating from a more global perspective,” Dr. Zank says.

The spacecraft and its 10 instruments will make a close approach to the sun every five months. In-situ instruments aboard are an energetic particle detector, a magnetometer, radio and plasma waves detector and a solar wind plasma analyzer. The remote sensing instruments are an extreme ultraviolet imager, a coronagraph, a polarimetric and helioseismic imager, a heliospheric imager and an instrument for spectral imaging of the coronal environment.

“This truly is the golden age for solar physics,” he says. “These are the two most important missions of discovery to solve a question that has been with us since the dawn of the space age. How and from where does the solar wind originate and what gives it its unique characteristics? Very exciting!”

Caption: A member of the National Academy of Sciences, Dr. Gary Zank is the director of UAH’s Center for Space Plasma and Aeronomic Research and the Aerojet Rocketdyne chair of the UAH Department of Space Science.