Newswise — A five-story, classic-revival, brick building with a rich history in Washington, D.C., has a new owner. Thanks to the generosity of the Orrin G. Hatch Foundation and the Kem and Carolyn Gardner family, the University of Utah has purchased the buildings at 1527 and 1529 18th Street NW from the Mathematical Association of America (MAA)—the property’s owner since 1978.

In early 2022, the University of Utah will begin using the Orrin G. Hatch Center as a living and gathering place for students from the Hinckley Institute of Politics, which runs one of the nation’s most enduring and prestigious Washington, D.C., internship programs. This will be in keeping with the property’s recent history as a space to advance education.

“The Orrin G. Hatch Center represents a tremendous step forward in the history of the university and the Hinckley Institute of Politics,” said Jason Perry, vice president for government relations and institute director. “A permanent residence in Washington, D.C., puts the U in good company with peer schools from the Association of American Universities. Our vision is that this new addition becomes a treasured home for University of Utah interns, faculty and alumni living in or visiting the Washington, D.C., area.”

Perry says the $13 million purchase was made possible through the generosity of private donors and favorable terms from the MAA. “We are especially grateful to our colleagues at the Mathematical Association of America for making this purchase possible. We look forward to continuing the association’s legacy in using this historic landmark as a convening space for conversation on important issues of the day.”

For over four decades, the property has served as MAA headquarters for staff, members and the broader mathematical science community. Over the years, it was the convening space for not only MAA leadership but also the Joint Policy Board for Mathematics and Conference Board of the Mathematical Sciences.

“We are delighted that the University of Utah will be able to make use of this majestic building,” said Michael Pearson, Executive Director of the MAA.  “It's encouraging to know that the building remains committed to education, enabling students to build a better future, which furthers MAA’s vision.”

In the last few years, the MAA’s business model has progressed to keep pace with technological advances, industry trends and evolving community needs. Relocating to a new, more modern facility will better suit the organization’s growth and serve the mathematical community while also spurring the kinds of collaboration and teamwork that will advance the organization’s mission. The new MAA headquarters will be located in the same neighborhood and will be announced at a later date.

Since 1965, Hinckley’s national program provides more than 100 students annually with full-time, paid internships in a variety of government institutions, public advocacy groups and consulting firms. As the program has grown, the list of host offices has diversified and Hinckley is now able to pair students from nearly all majors with an internship related to their field.

Housing has consistently been a major challenge. Each semester, an already competitive pool of interns has been narrowed as dictated by available housing. Acquiring the Orrin G. Hatch Center will allow the Hinckley Institute’s national internship program to house up to 50 interns per semester and provide access for university leadership and staff.

“Orrin Hatch sponsored over 2,000 interns during his Senate service, giving them their first experience in Washington and helping them launch careers in both the public and private sectors,” said Matt Sandgren, Hatch Foundation Executive Director. “With the establishment of the Orrin G. Hatch Center, we will carry on the Senator’s legacy by providing a living-learning center in the heart of our nation’s capital that will be home to thousands of students for decades to come. This is a fitting tribute to a man who dedicated his life to helping others, especially those in the rising generation.”

Located steps from Dupont Circle and Embassy Row, and nine blocks from the White House, 1529 18th Street NW is perfectly situated for student interns. The historic property consists of two large, interconnected brownstones and a separate stand-alone carriage house to serve as a conference and event space. The residential facilities will be named in honor of Senator Orrin G. Hatch, Utah’s longest-serving U.S. Senator; and the Carriage House will be named in honor of Carolyn Barnes Gardner.

As the Washington, D.C., Hinckley Internship Program turns 55 this year, this milestone purchase is fitting as it marks over half a century of internships, lasting professional networks established, career trajectories honed, lifelong friendships made, and student lives transformed. In addition, it allows the U to join peer institutions in the Association of American Universities such as Michigan State, Stanford, Johns Hopkins, Carnegie Mellon and the University of California system in establishing a permanent residence in D.C.

“I entered public service with a simple goal in mind: to help those who could not help themselves and to expand economic opportunity for all,” said Orrin Hatch. “I sought to achieve this goal through legislation, but also by building a robust internship program that would give young Americans the opportunity to gain hands-on experience working in Washington. Over the years, these interns went on to become soldiers, federal judges, educators, business leaders and public officeholders themselves. I knew I wanted to extend the same opportunities to the next generation, which is why I partnered with the University of Utah to establish the Orrin G. Hatch Center in Washington, DC. It’s a tremendous honor to have the university’s D.C. campus named after me, and I want to thank everyone involved who made this possible.”

About the University of Utah

The University of Utah is the state’s flagship institution of higher education, with 18 schools and colleges, more than 100 undergraduate and 90 graduate degree programs and an enrollment of more than 32,000 students. In 2019, the university was selected as a new member of the Association of American Universities—an invitation-only, prestigious group of 65 leading research institutions marked by excellence in academic expertise and research impact, student success and securing resources in support of core missions. The U strives to be a model public university in delivering unmatched value in higher education and health care while making social, economic and cultural contributions that improve the quality of life throughout the state, the nation and the world. The U's reputation for excellence draws top-tier faculty and attracts motivated students from across the country and internationally. These students bring with them diverse experiences and outlooks—representing traditional and nontraditional students alike—thereby enhancing the exceptional educational experience the U offers.

About the Mathematical Association of America

The Mathematical Association of America is the world’s largest community of mathematicians, students and enthusiasts. We accelerate the understanding of our world through mathematics because mathematics drives society and shapes our lives. Learn more at maa.org. 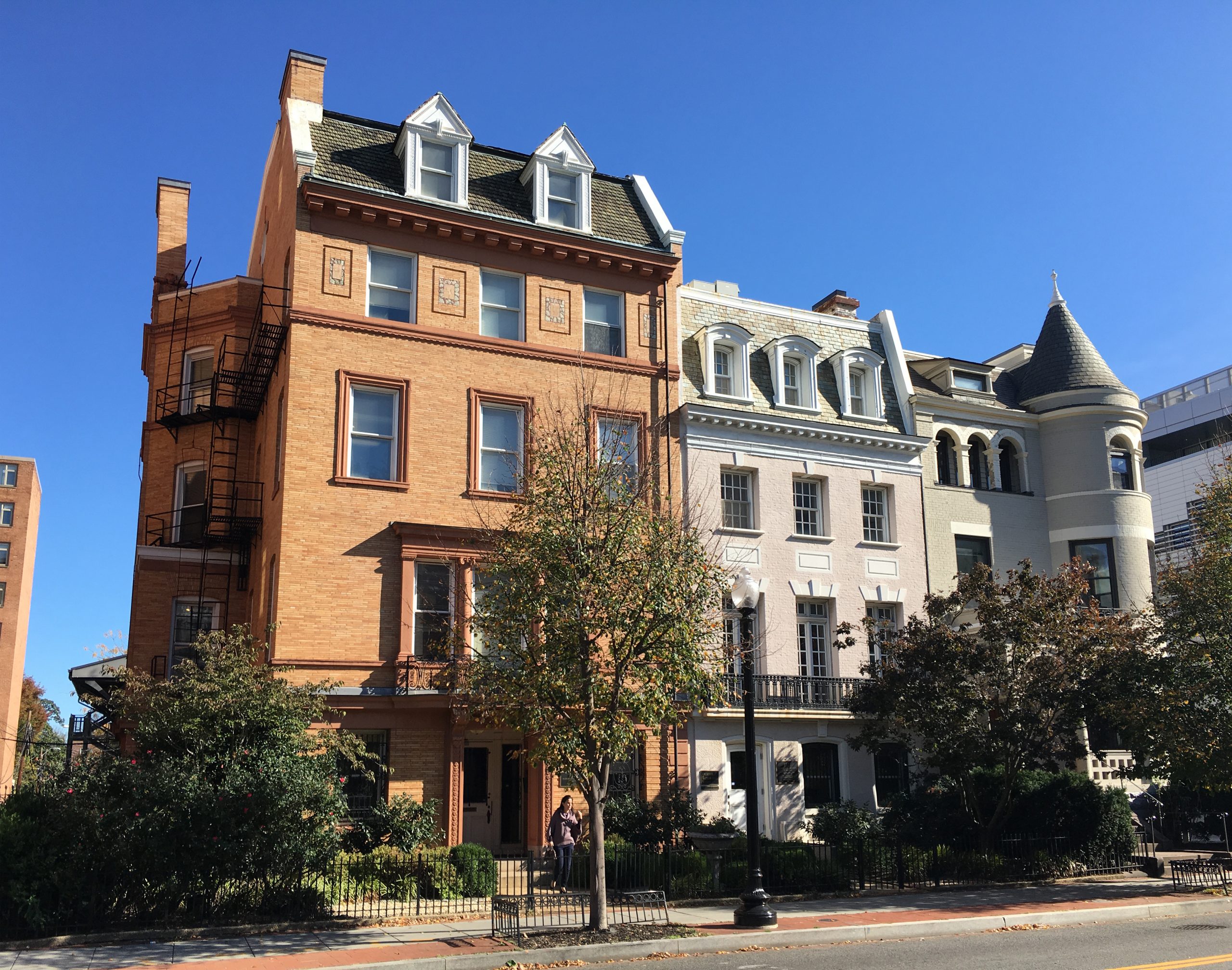 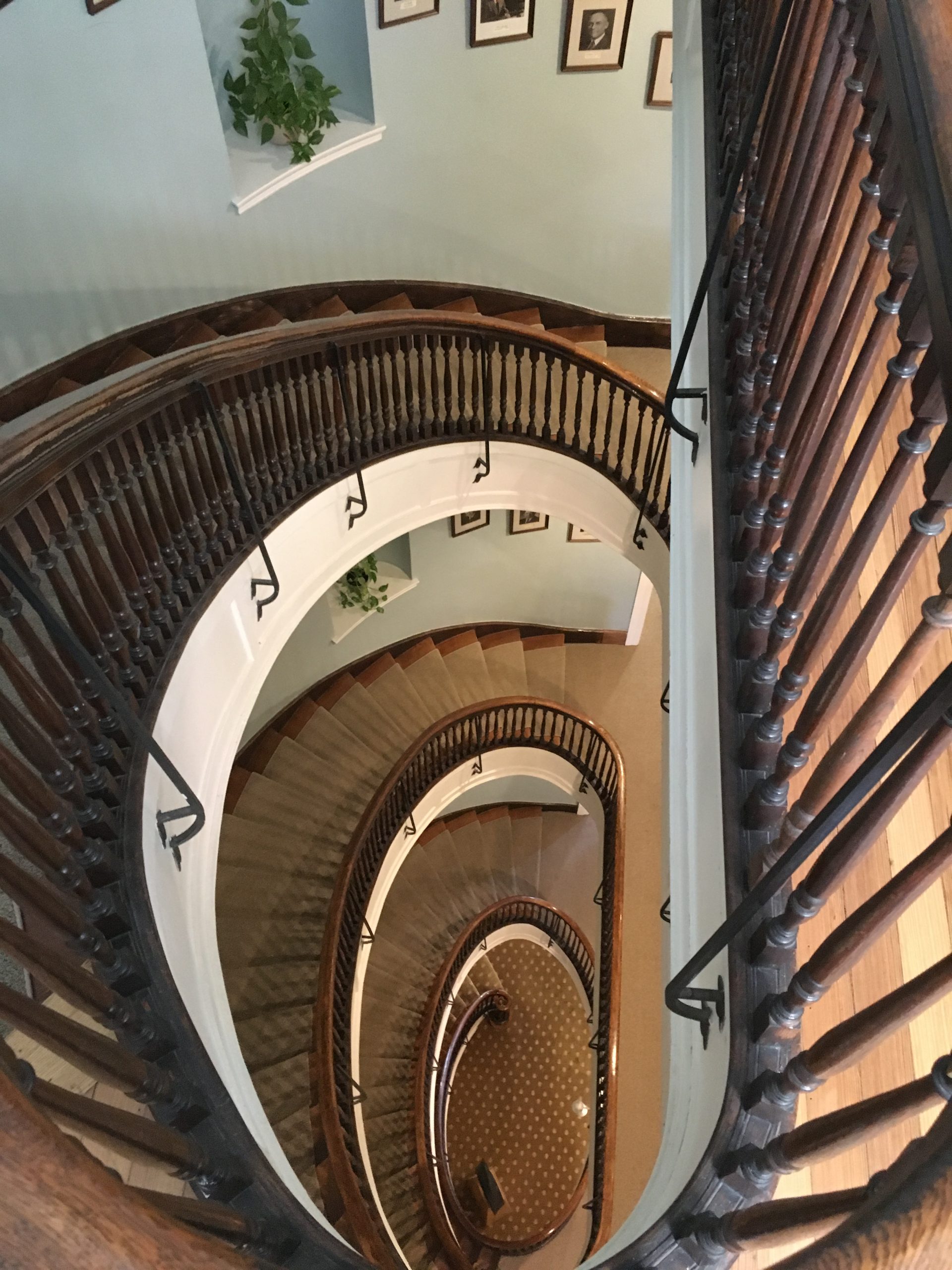 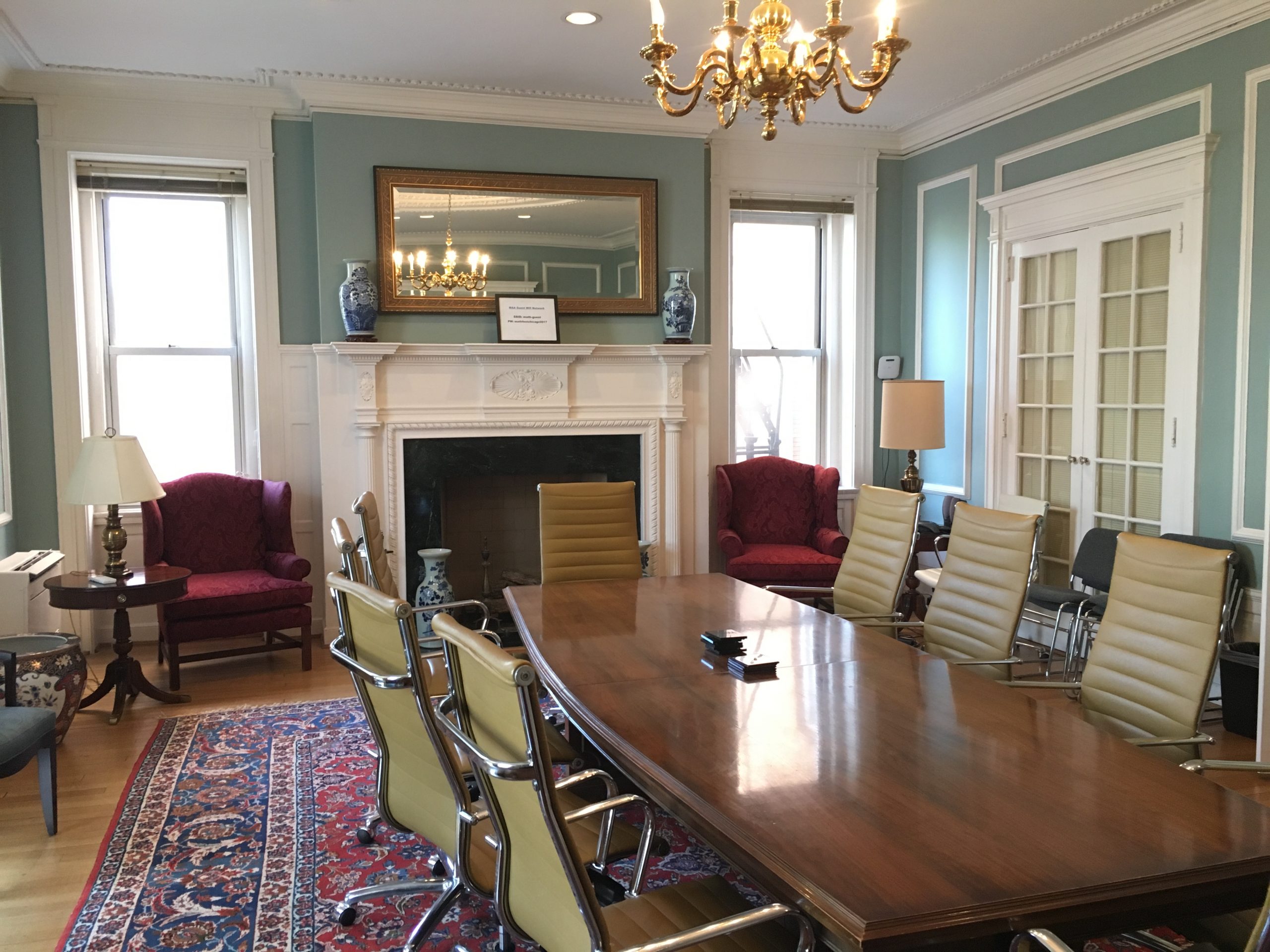 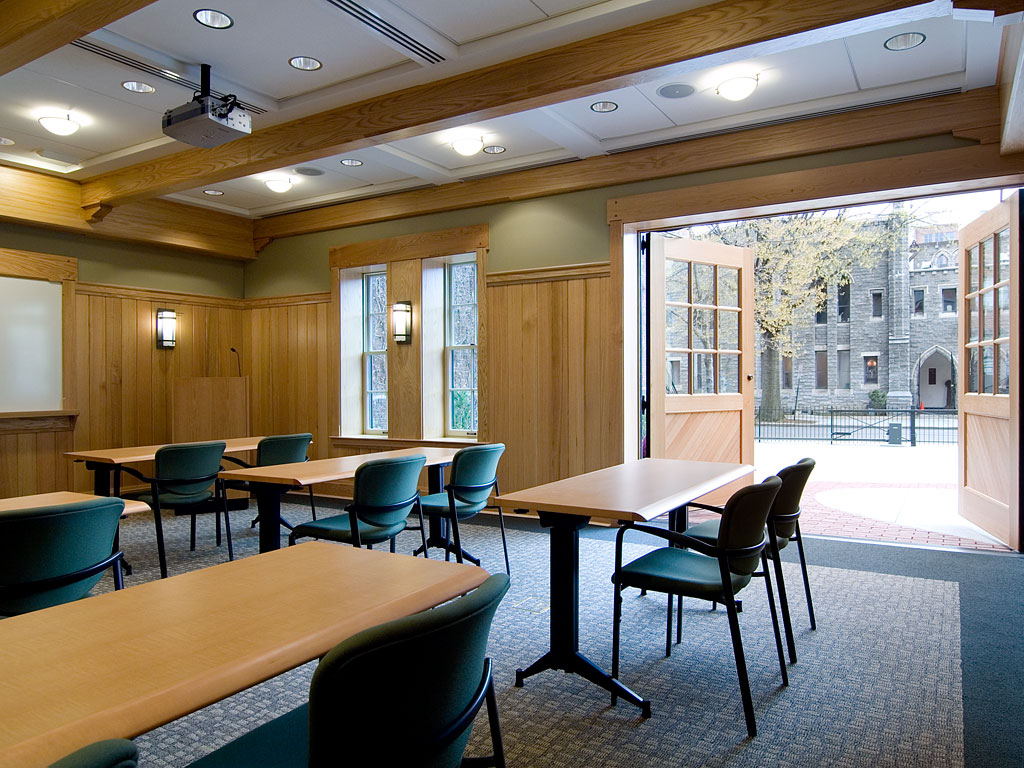 Caption: Staircase from the 4th floor of the University of Utah's Hatch Center in Washington, D.C. 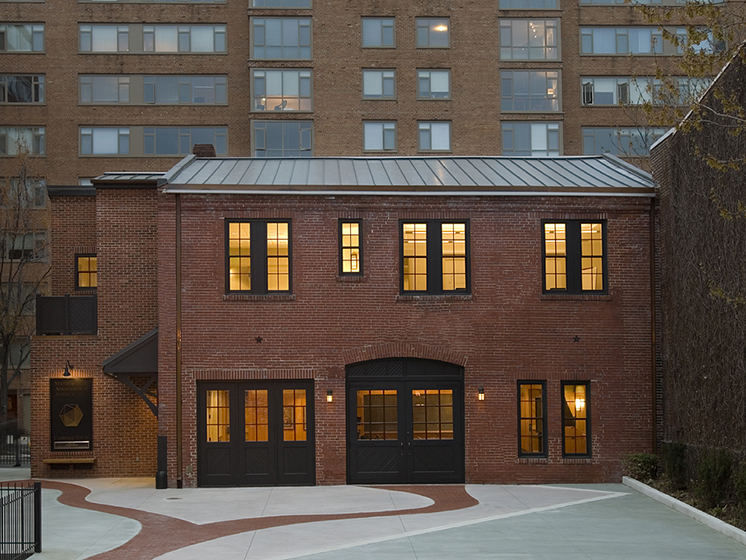