Newswise — ATLANTA—Researchers have discovered that a virus-like particle vaccine can prime the body’s immune response and prevent the severe respiratory disease that results when patients given an early form of a vaccine for respiratory syncytial virus (RSV) are exposed to RSV, according to a study led by Georgia State University.

This study offers a solution to the formalin inactivated respiratory syncytial virus (FI-RSV) vaccine that did not protect children, but rather caused severe respiratory illness, vaccine-enhanced respiratory disease (ERD), after infection with RSV.

The researchers found immunizing mice with virus-like particles containing RSV fusion proteins before administering the FI-RSV vaccine and exposing mice to RSV prevented FI-RSV vaccine-enhanced lung inflammation and the invasion of eosinophils, which are disease-fighting white blood cells. The study’s findings are published in the journal Virology.

ERD that results from FI-RSV vaccination has led to hospitalization in 80 percent of patients and the deaths of two children. It is characterized by mucus production in the airways, severe lung inflammation, immune responses by T helper type 2 (Th2) cells and infiltrations of eosinophils into the lining of the respiratory tract.

RSV, the original disease that scientists were working to prevent, is a common respiratory virus that causes mild, cold-like symptoms, but it can be serious for infants and older adults. It is the most common cause of bronchiolitis (inflammation of the small airways in the lung) and pneumonia (infection of the lungs) in children under one year of age in the United States. RSV is also a major cause of respiratory illness in older adults, according to the Centers for Disease Control and Prevention.

“This study provides insight into mechanisms responsible for ERD caused by FI-RSV vaccination and developing safe RSV vaccines,” said Dr. Sang-Moo Kang, lead author and professor in the Institute for Biomedical Sciences at Georgia State. “We demonstrated that priming mice with virus-like particles that present RSV fusion proteins shifted immune response and resulted in preventing ERD. A vaccine that primes protective innate and adaptive immune responses that prevent ERD still remains to be developed, but our findings could pave the way to creating a safe vaccine with these capabilities.”

After 15 weeks, the control mice and mice from the two immunization groups were infected with RSV to determine the efficacy of protection against RSV and assess ERD. Body weight changes were monitored, bronchoalveolar lavage fluids were collected for viral titers and lung tissue was obtained for histology and cellular analysis. 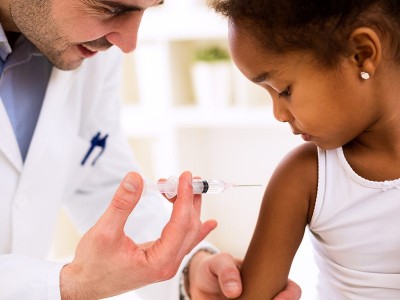 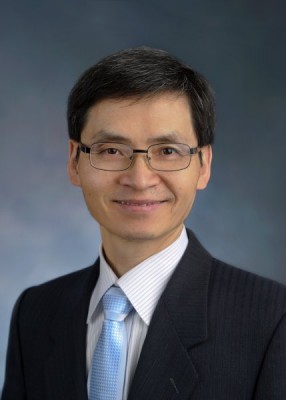