Visual Intelligence Is Not the Same as IQ 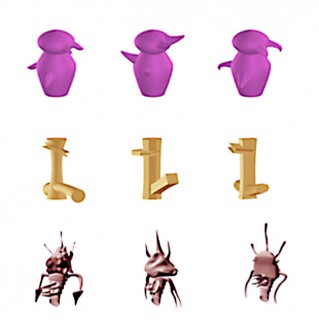 The Novel Object Memory Test is based on individual’s ability to recognize greebles, ziggerins and sheinbugs (top to bottom) — novel objects that Gauthier and her colleagues have invented to study visual intelligence. 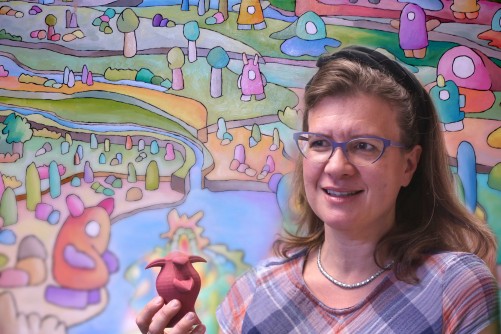 Isabel Gauthier holding a three-dimensional model of a greeble, one of the novel objects used in her test of visual intelligence. 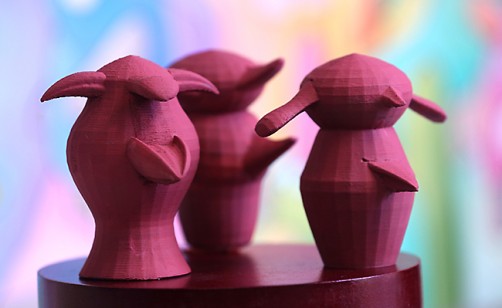 Greebles are novel objects that Gauthier created in order to study visual memory and recognition.

Newswise — Just because someone is smart and well-motivated doesn’t mean he or she can learn the visual skills needed to excel at tasks like matching fingerprints, interpreting medical X-rays, keeping track of aircraft on radar displays or forensic face matching.

That is the implication of a new study which shows for the first time that there is a broad range of differences in people’s visual ability and that these variations are not associated with individuals’ general intelligence, or IQ. The research is reported in a paper titled “Domain-specific and domain-general individual differences in visual object recognition” published in the September issue of the journal Cognition and the implications are discussed in a review article in press at Current Directions in Psychological Science.

“People may think they can tell how good they are at identifying objects visually,” said Isabel Gauthier, David K. Wilson Professor of Psychology at Vanderbilt University, who headed the study. “But it turns out that they are not very good at evaluating their own skills relative to others.”

In the past, research in visual object recognition has focused largely on what people have in common, but Gauthier became interested in the question of how much visual ability varies among individuals. To answer this question, she and her colleagues had to develop a new test, which they call the Novel Object Memory Test (NOMT), to measure people’s ability to identify unfamiliar objects.

Gauthier first wanted to gauge public opinions about visual skills. She did so by surveying 100 laypeople using the Amazon Mechanical Turk crowdsourcing service. She found that respondents generally consider visual tasks as fairly different from other tasks related to general intelligence. She also discovered that they feel there is less variation in people’s visual skills than there is in non-visual skills such as verbal and math ability.

The main problem that Gauthier and colleagues had to address in assessing individuals’ innate visual recognition ability was familiarity. The more time a person spends learning about specific types of objects, such as faces, cars or birds, the better they get at identifying them. As a result, performance on visual recognition tests that use images of common objects are a complex mixture of people’s visual ability and their experience with these objects. Importantly, they have proven to be a poor predictor of how well someone can learn to identify objects in a new domain.

Gauthier addressed this problem by using novel computer-generated creatures called greebles, sheinbugs and ziggerins to study visual recognition. The basic test consists of studying six target creatures , followed by a number of test trials displaying creatures in sets of three. Each set contains a creature from the target group along with two unfamiliar creatures, and the participant is asked to pick out the creature that is familiar.

Analyzing the results from more than 2000 subjects, Gauthier and colleagues discovered that the ability to recognize one kind of creature was well predicted by how well subjects could recognize the other kind, although these objects were visually quite different. This confirmed the new test can predict the ability to learn new categories.

The psychologists also used performance on several IQ-related tests and determined that the visual ability measured on the NOMT is distinct from and independent of general intelligence.

“This is quite exciting because performance on cognitive skills is almost always associated with general intelligence,” Gauthier said. “It suggests that we really can learn something new about people using these tests, over and beyond all the abilities we already know how to measure.”

Although the study confirms the popular intuition that visual skill is different from general intelligence, it found that individual variations in visual ability are much larger than most people think. For instance, on one metric, called the coefficient of variation, the spread of people was wider on the NOMT than on a nonverbal IQ test.

“A lot of jobs and hobbies depend on visual skills,” Gauthier said. “Because they are independent of general intelligence, the next step is to explore how we can use these tests in real-world applications where performance could not be well predicted before.” 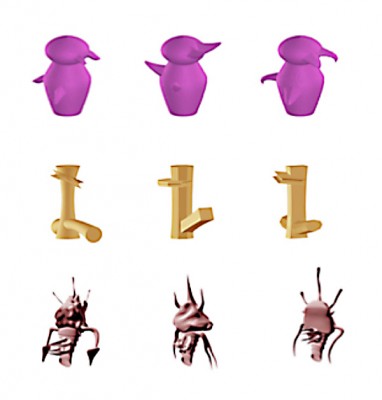 Caption: The Novel Object Memory Test is based on individual’s ability to recognize greebles, ziggerins and sheinbugs (top to bottom) — novel objects that Gauthier and her colleagues have invented to study visual intelligence. 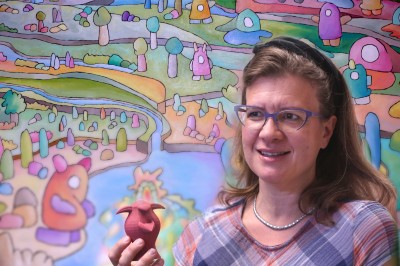 Caption: Isabel Gauthier holding a three-dimensional model of a greeble, one of the novel objects used in her test of visual intelligence. 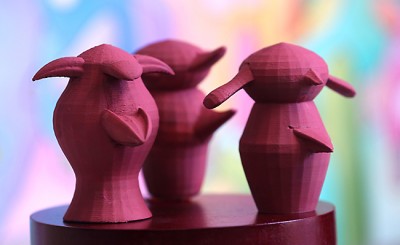 Caption: Greebles are novel objects that Gauthier created in order to study visual memory and recognition.