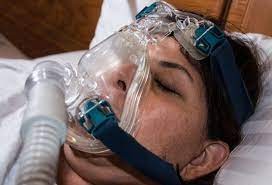 In “Effect of Weight Loss on Upper Airway Anatomy and the Apnea Hypopnea Index: The Importance of Tongue Fat,” Richard J. Schwab, MD, and co-authors report on a study that used magnetic resonance imaging, or MRI, to measure the effect of weight loss on the pharyngeal structures surrounding the upper airway, which extends from the mouth to the larynx. The study is the first to show that weight loss reduces tongue fat in people with OSA.

Patients with OSA stop breathing repeatedly for short periods during sleep. Obesity is the primary risk factor for OSA, and previous studies have shown that decreases in body weight result in decreases in the Apnea/Hypopnea Index (AHI), a measure of how often a patient’s breathing stops completely or partially while sleeping.

In a previous study, Dr. Schwab, professor of medicine and chief of the Division of Sleep Medicine at the Perelman School of Medicine at the University of Pennsylvania, showed that tongue fat was increased in obese patients with sleep apnea compared to obese controls without sleep apnea. He conducted the present study “to determine if weight loss would decrease tongue fat and improve sleep apnea.”

The study included 67 participants with mild to severe OSA who were obese. Through diet or weight loss surgery, the patients lost nearly 10 percent of their body weight on average over six months. Overall, the participants’ AHI scores improved by 30.7 percent as measured by polysomnograpy, or sleep study.

The study also found that weight loss resulted in reduced pterygoid (one of the jaw muscles that controls chewing) and pharyngeal lateral wall [muscles on the sides of the airway] volumes. Both these changes also improved OSA, but not to the same extent as reduced tongue fat. Weight loss was not associated with other upper airway changes.

The authors believe that their findings present a potential new therapeutic target for OSA: tongue fat. They suggest that future studies could be designed to explore whether certain low-fat diets are better than others in reducing tongue fat and whether cold therapies used to reduce stomach fat might be applied to reducing tongue size.

This study was supported by the National Institutes of Health.