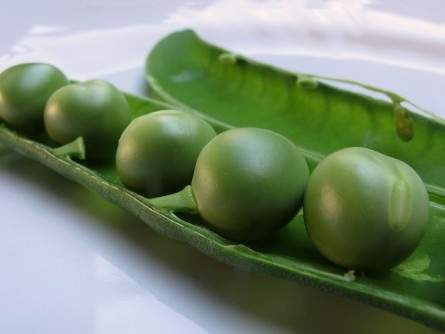 Newswise — Gregor Mendel is considered by many to be the father of genetics. Yet, because his work was not fully appreciated in its time, little is known about Mendel himself. Primary sources, such as letters he wrote, are rare; only a few dozen pieces of his correspondence remain—in contrast, over 15,000 of Charles Darwin’s letters survive. Without adequate source material to settle the subject, Mendel’s intentions in studying plants have long been the subject of debate. In GENETICS,van Dijk et al. report on two newly unearthed newspaper articles that provide some insight into Mendel’s motivations.

Standard interpretations of Mendel’s intentions agree that he was trying to figure out the rules of inheritance. However, others have argued that this explanation is biased by a modern perspective that knows his eventual findings, rather than truly considering what prompted him to begin his experiments in the first place. Some versions of this “revisionist” view hold that Mendel was primarily concerned with whether new species could be produced from hybridization. Although strong feelings exist in each camp, with so few primary sources, Mendel’s motives have remained primarily a matter of speculation.

Van Dijk and his colleagues found two previously overlooked articles in a database of scanned newspapers. The first, published on July 26, 1861, is a glowing account of Mendel performing “very instructive experiments, which are aimed at improving the vegetable and flower varieties cultivated in our region.” It discusses the “truly surprising” results of his work with artificial fertilization, including the production of “towering vegetable bushes” bearing plentiful (and tasty) fruit.

The second article was a rather pointed response to the first, published just four days later: “Without wanting to offend Professor Mendl [sic], for we honor every endeavor to approach truth in a practical manner, we must make [the newspaper’s] readers aware of the true value of the matter, which the reporter has somewhat exaggerated.”

The authors of the response then detail some of the ways the original newspaper report distorted the practical implications of Mendel’s work. For example: “Concerning the bastardization of beans, peas or fisols and cucurbits; the seed catalogs from France, England and Germany list so many varieties of excellent quality that it is hardly noteworthy to mention the economic importance of these very small scale experiments.” In other words, it might be interesting science, but the immediate implications were considered minimal at the time.

In some ways, these two articles are reminiscent of a phenomenon that continues to occur in science communication today: the ramifications of new science can be over-exaggerated when reported to a broad audience. Notably, however, the second article suggests that Mendel was actively seeking to answer a scientific question. Combining the new evidence with scholarship on Mendel’s scientific and horticultural influences, the authors make the case that Mendel’s motivations evolved: his practical interests in breeding sowed the seeds of a pursuit of pure science.

How Mendel’s Interest in Inheritance Grew out of Plant Improvement