Why We Have Chins 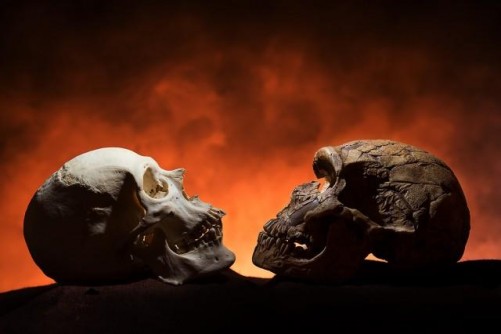 A Chin Up Notice how the modern skull, on the left, has a point at the bottom of the face compared to the Neandethal-era skull on the right. The reason: Only modern humans have chins. 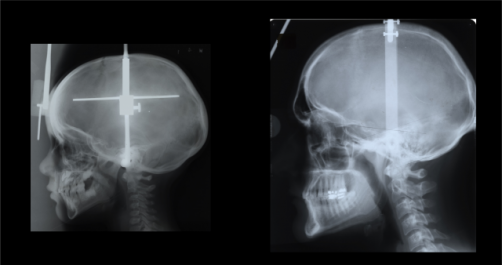 Chin prominence University of Iowa researchers find that we develop chins as our head size increases, from childhood to adulthood. At about 4 years of age (left), we have little indication of a chin, but by our 20s, we have a prominent point at the bottom of our faces.

Newswise — Look at a primate or a Neanderthal skull and compare it with a modern human's. Notice anything missing?

We have one feature that primates, Neanderthals, archaic humans—any species, for that matter—don’t possess: a chin.

“In some way, it seems trivial, but a reason why chins are so interesting is we’re the only ones who have them,” says Nathan Holton, who studies craniofacial features and mechanics at the University of Iowa. “It’s unique to us.”

New research led by Holton and colleagues at the UI posits that our chins don’t come from mechanical forces such as chewing, but instead results from an evolutionary adaptation involving face size and shape—possibly linked to changes in hormone levels as we became more societally domesticated.

The finding, if true, may help settle a debate that’s gone on intermittently for more than a century why modern humans have chins and how they came to be.

Using advanced facial and cranial biomechanical analyses with nearly 40 people whose measurements were plotted from toddlers to adults, the UI team concludes mechanical forces, including chewing, appear incapable of producing the resistance needed for new bone to be created in the lower mandible, or jaw area. Rather, they write in a paper published online in the Journal of Anatomy, it appears the chin’s emergence in modern humans arose from simple geometry: As our faces became smaller in our evolution from archaic humans to today—in fact, our faces are roughly 15 percent shorter than Neanderthals'—the chin became a bony prominence, the adapted, pointy emblem at the bottom of our face.

“In short, we do not find any evidence that chins are tied to mechanical function and in some cases we find that chins are worse at resisting mechanical forces as we grow,” says Holton, assistant professor and anthropologist in the Department of Orthodontics at the UI College of Dentistry. “Overall, this suggests that chins are unlikely related to the need to dissipate stresses and strains and that other explanations are more likely to be correct.”

More intriguing, UI anthropologists led by Robert Franciscus think the human chin is a secondary consequence of our lifestyle change, starting about 80,000 years ago and picking up great steam with modern humans' migration from Africa about 20,000 years later. What happened was this: Modern humans evolved from hunter-gatherer groups that were rather isolated from each other to increasingly cooperative groups that formed social networks across the landscape. These more connected groups appear to have enhanced the degree to which they expressed themselves in art and other symbolic mediums.

Males in particular became more tranquil during this period, less likely to fight over territory and belongings, and more willing to make alliances, evidenced by exchanging goods and ideas, that benefited each and all.

The change in attitude was tied to reduced hormone levels, namely testosterone, resulting in noticeable changes to the male craniofacial region: One big shift was the face became smaller—retrenching in effect—a physiological departure that created a natural opportunity for the human chin to emerge.

“What we’re arguing is that modern humans had an advantage at some point to have a well-connected social network, they can exchange information, and mates, more readily, there’s innovation,” says Franciscus, who was on the team that first laid out the theory in a paper published last August in the journal Current Anthropology and is a contributing author on the current paper, “and for that to happen, males have to tolerate each other. There had to be more curiosity and inquisitiveness than aggression, and the evidence of that lies in facial architecture.”

The new study buttresses that argument, in that it seems to rule out the chin arose from mechanical exertion, such as chewing.

The researchers examined how the jaw region generally reacted to two forces—vertical bending and wishboning. In wishboning, one side of the jaw is pulled outward, resulting in compression in the outer part of the chin. In vertical bending, the ramus—the posterior more or less vertical part on each side of the lower jaw—splays outward, tensing the chin area. In both instances, the thinking went, the chin area is being mechanically stressed; on a microscopic level, new bone is being created, much like lifting weights creates little tears that allows new muscle to be created. Thus, arose the theory that mechanical forces, such as chewing, led to our chins.

But in examinations from periodic measurements of participants’ heads from 3 years of age to more than 20 years old, the UI researchers found no evidence that these imperceptible mechanical forces led to new bone in the chin region. Instead, they found nearly the opposite: Individuals with the most mechanical resistance had chins most similar to a 3 -or 4-year-old—meaning they didn’t have much of a chin at all.

What the researchers did notice is chin “growth” has more to do with how each feature in our face adapts as our head size increases, much like you’d fit individual pieces together in an expanding, shape-shifting, three-dimensional puzzle.

Children, for example, have flat, nearly imperceptible chins, much like what’s seen in Neanderthals. That bony prominence only becomes visible as our heads and faces grow into adulthood.

“Our study suggests that chin prominence is unrelated to function,” Holton says, “and probably has more to do with spatial dynamics during development.”

Contributing authors, all from the UI, include: Laura Bonner, Jill Scott, Steven Marshall and Thomas Southard. The study was funded by the Department of Orthodontics, in the UI College of Dentistry. 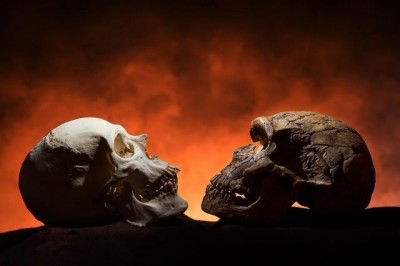 Caption: A Chin Up Notice how the modern skull, on the left, has a point at the bottom of the face compared to the Neandethal-era skull on the right. The reason: Only modern humans have chins. 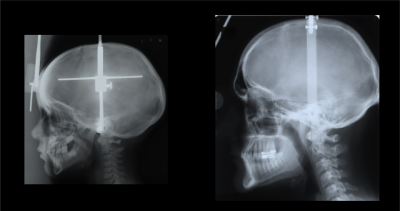 Caption: Chin prominence University of Iowa researchers find that we develop chins as our head size increases, from childhood to adulthood. At about 4 years of age (left), we have little indication of a chin, but by our 20s, we have a prominent point at the bottom of our faces.