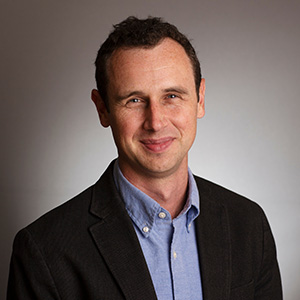 Newswise — Young adults and adolescents who are prescribed opioids for the first time may be at a slightly greater risk of developing a substance-related problem later in life, according to a new study co-authored by Indiana University researchers. However, the risk may not be as high as previously thought.

The study was published today in JAMA Pediatrics and co-authored by Patrick Quinn, an assistant professor at the IU School of Public Health-Bloomington.

The researchers looked at the health and other national records of Swedish individuals age 13 to 29, from 2007 to 2013, who were prescribed an opioid for the first time. Their goal was to further investigate whether prescribing opioids, such as codeine or oxycodone, during adolescence and young adulthood leads to a greater risk of substance-related problems.

"By using several rigorous research designs, we found that there was not a huge difference -- in fact, the difference was smaller than some previous research has found. But the study still shows that even a first opioid prescription may lead to some risk," Quinn said. "Our findings highlight the importance of screening for substance use disorders and other mental health conditions among patients with pain, including those receiving opioid therapy."

Quinn and his team used health data from Sweden because the country has nationwide records, which makes it easier to document people's prescriptions. They conducted a number of tests, including comparing youth and adolescents who were prescribed opioids with those whose pain was treated with a non-opioid pain medication. They also compared twins and other siblings of multiple births, one who was prescribed opioids and others who were not.

Across the board, the opioid recipients' risk was 1 to 2 percent greater than other people's risk. Quinn cautioned that further research is needed to determine how much of that risk is truly caused by opioid prescription and how much is caused by other factors, such as whether opioid recipients experienced more impairing pain.

The opioid epidemic in the U.S. has brought about welcome prescription policy changes, Quinn said, but it is important to have solid data that can help guide these decisions.

Other authors on the paper include Kimberly Fine of the IU School of Public Health-Bloomington; Martin Rickert, Ayesha Sujan and Brian D'Onofrio, all of the IU Bloomington College of Arts and Sciences' Department of Psychological and Brain Sciences; Katja Boersma of Örebro University; and Zheng Chang, Johan Franck, Paul Lichtenstein and Henrik Larsson, all of the Karolinska Institute.