Newswise — COVID-19 has devastated lives and communities and will have a horrendous impact on the economy, but it has also revealed some environmental truths that we as humans may not want to hear. Lockdown is showing us that our lifestyles, in the main our reliance on motorized methods of transportation, have an insidious and detrimental impact on our environment and ultimately our health.

Rob Lillywhite, from the School of Life Sciences at the University of Warwick reviews the impacts of covid-19 and the environment, from transport, noise pollution and aerial pollutants.

The UK is currently running its biggest ever environmental experiment, but it’s not one that was planned. The lockdown response to COVID-19 has fundamentally changed how large parts of society behave and that behavioural change may have big consequences for our environment and possibly public health. If there is a light in the dark of the the COVID-19 lockdown, then the environment and how we relate to it is probably a good place to start.

Let’s start with transport. Congested roads, pollution and poor air quality from road traffic are all too common in our towns and cities. But, the number of cars on our roads has fallen dramatically in the last three weeks; pictures of near empty motorways during the normal rush hour have been widely shared on social media. If you’ve been able to get out and about, it is the sheer lack of cars on the roads that is most notable with government data suggesting that motor traffic had dropped by 73% compared to pre-lockdown levels.

This difference is so fundamental that it’s hard to take in. The consequences of returning to mid-1950s levels of traffic are profound and includes large reductions in aerial pollutants, a quieter and more pleasant environment and a change in road use.

Public Health England considers air pollution to be the biggest environmental threat to health in the UK, with between 28,000 and 36,000 deaths a year attributed to long-term exposure. There is strong evidence that air pollution causes the development of coronary heart disease, stroke, respiratory disease and lung cancer, and exacerbates asthma. The main pollutants are nitrogen dioxide and small particles emitted by combustion engines in road traffic. Both are detrimental to lung function; not good at the best of times and probably worse during a respiratory pandemic.

Since the lockdown started, it has been reported that there has been a large reduction in the emission of aerial pollutants. Analysis from the National Centre for Atmospheric Science at the University of York shows that levels of nitrogen dioxide and small particle pollution are significantly lower than the levels normally seen at this time of year in most of the UK’s largest cities. Another consequence is that emissions of carbon dioxide are expected to fall by 5% this year; an unprecedented occurrence.

While the COVID-19 pandemic can never be viewed in any way as positive, there have been suggestions that the lives saved through improved air quality (and possibly less traffic fatalities) might be greater than the deaths due to the virus.

Accompanying this fall in pollutants and greenhouse gas emissions has been a huge reduction in traffic-generated noise. The European Environment Agency (EEA) states that road traffic noise is a major environmental problem affecting the health and well-being of millions of people in Europe. The consequences of long-term exposure to noise include annoyance, sleep disturbance, negative effects on the cardiovascular and metabolic system, as well as cognitive impairment in children. The EEA estimate that environmental noise contributes to 48,000 new cases of ischaemic heart disease a year as well as 12,000 premature deaths. In addition, they estimate that 22 million people suffer chronic high annoyance and 6.5 million people suffer chronic high sleep disturbance.

It is difficult to quantify the improvements in health and wellbeing from reductions in noise but anyone who lives in a noisy environment will appreciate the respite from the constant assault of noise that modern society generates. In the natural world, the reappearance of wildlife in some urban areas suggest that the effect is real.

The lack of cars, pollutants and noise has certainly affected how we behave. In many urban settings, the roads have been reclaimed by walkers, runners and cyclists who have made the most of the more pleasant environment in which to exercise. Anecdotal evidence has suggested that the amount of exercise we do has increased significantly during the COVID-19 lockdown. Quieter roads have encouraged normally sedentary people to take up exercise and allowed regular exercisers to do more.

Once we have recovered from the immediate effects of the pandemic, we need to reflect again on the influence of cars and trucks on our health and environment. The window of opportunity to implement change will be small and the fleeting but the lessons of lockdown cannot be unlearnt. We have glimpsed one future and it is important that we remember it when life slowly returns to normal. 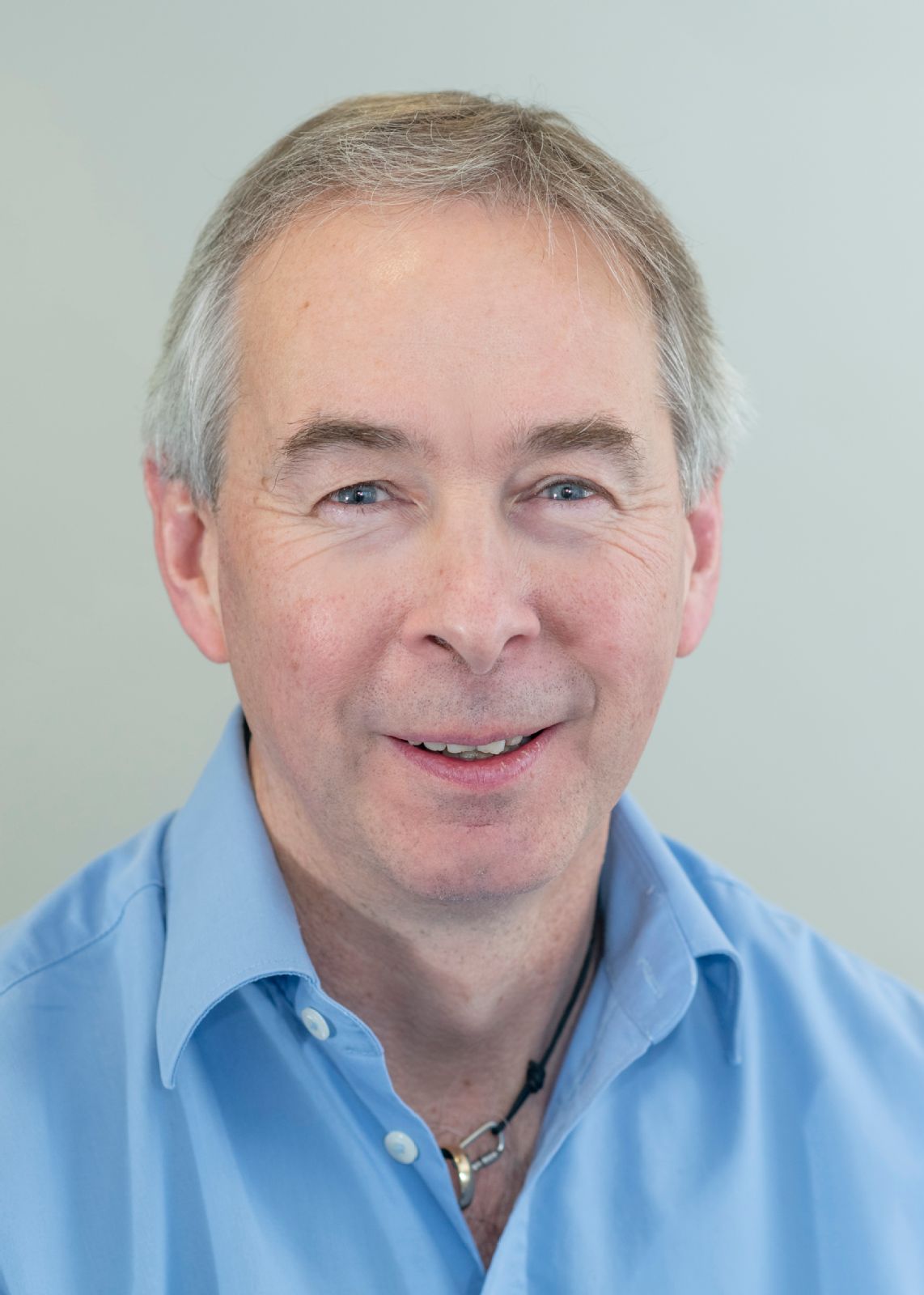 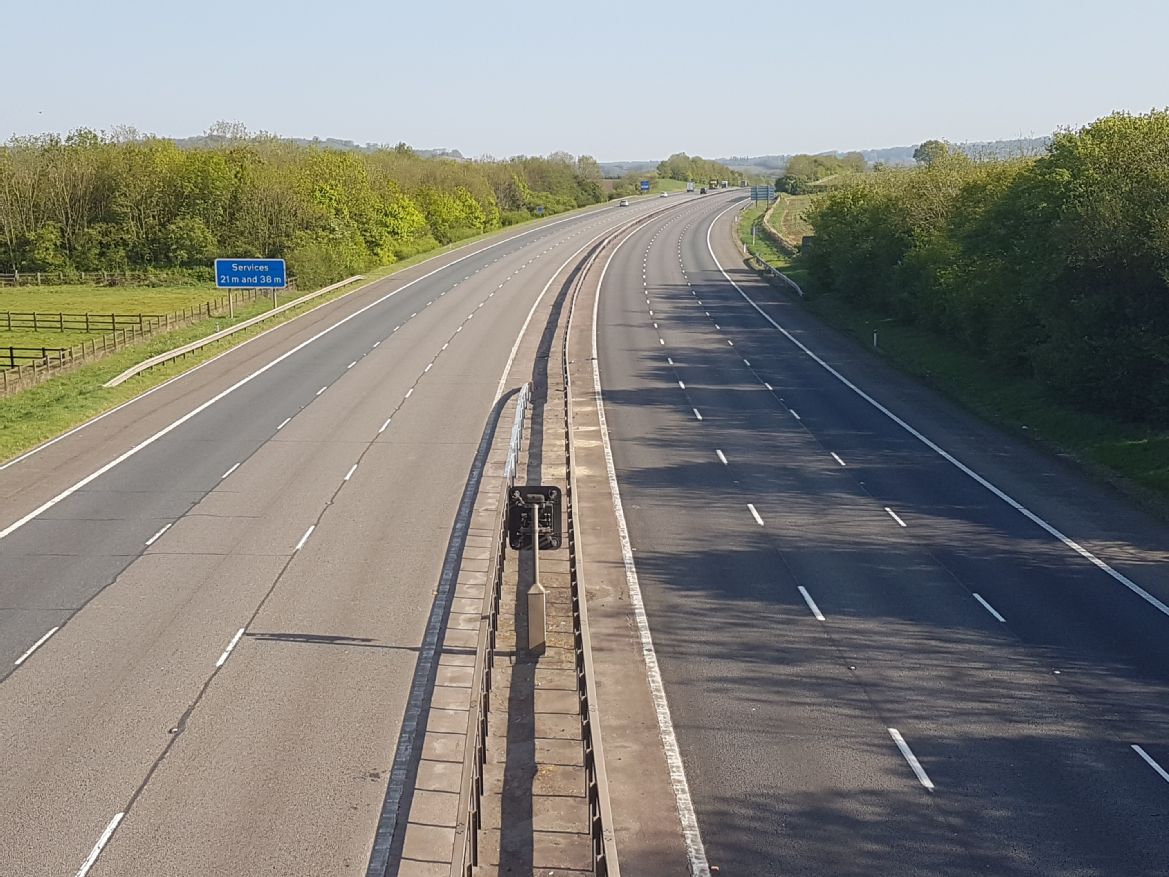 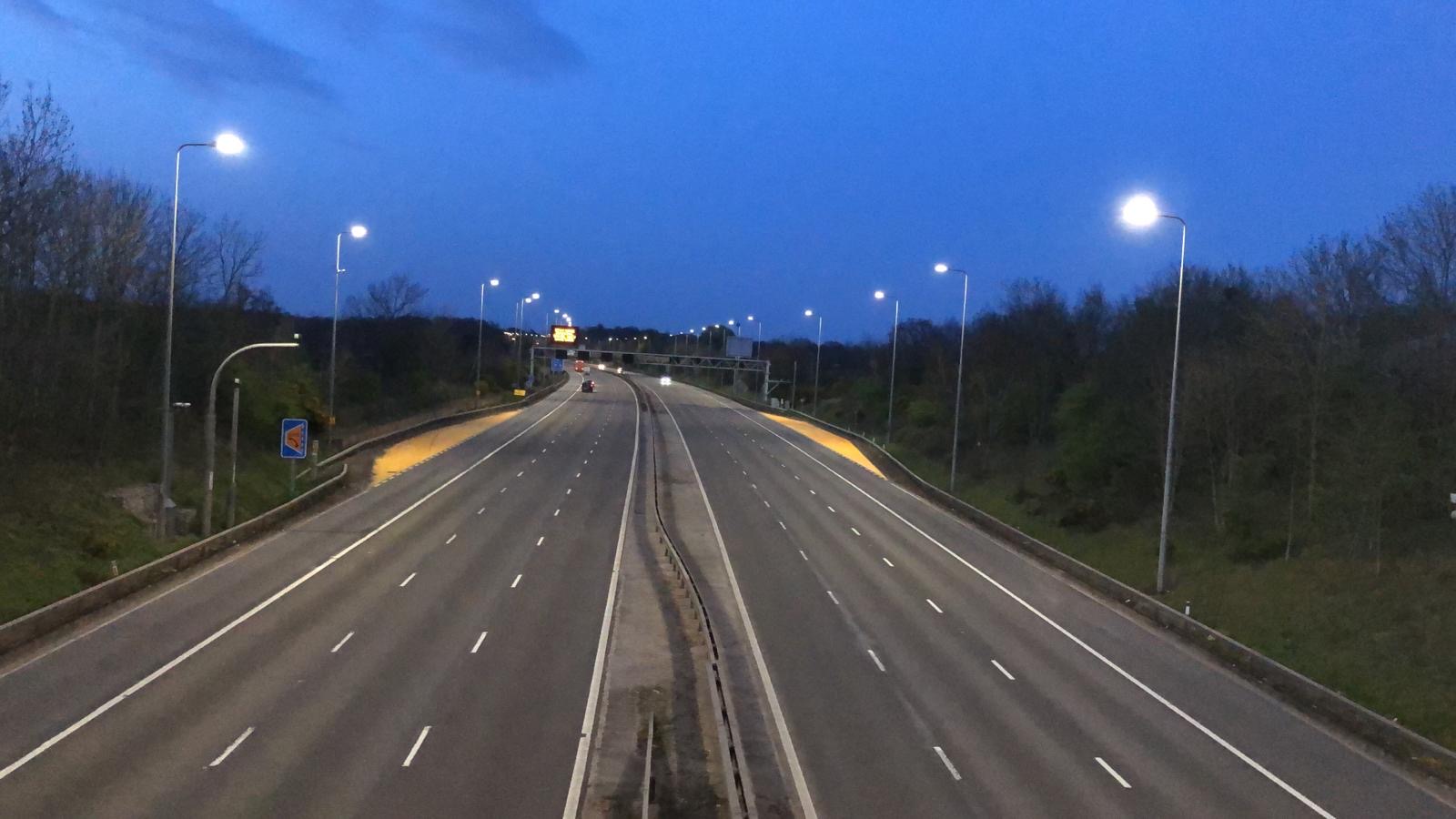 Caption: A nearly empty M42 in the evening 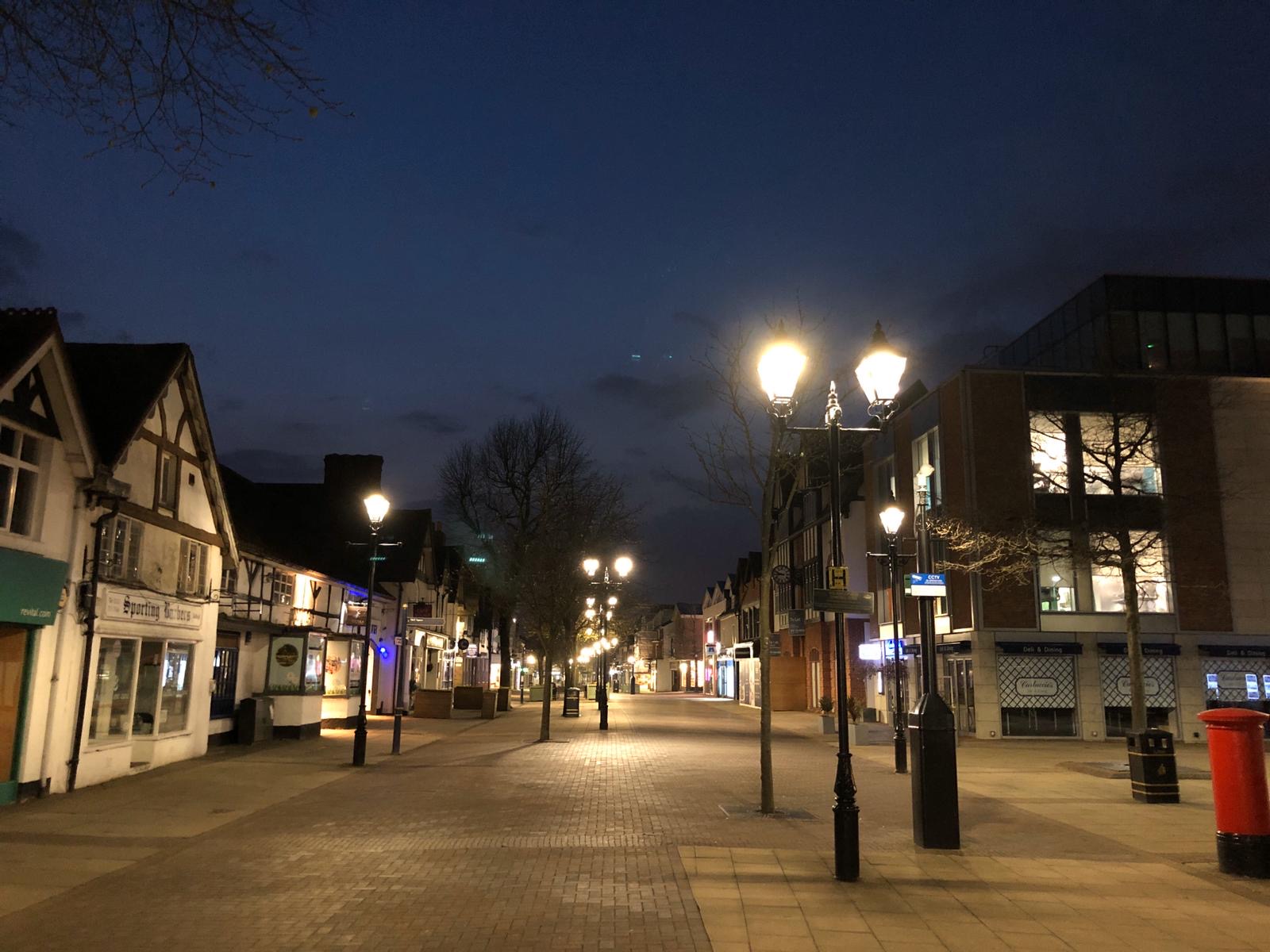