Exploring the Zoonotic Origins of COVID-19

How does the way we speak about the origins of COVID-19 affect people’s reactions to the virus?

Newswise — Around the start of the COVID-19 pandemic, there was a lot of dialog surrounding its zoonotic origins, or its transmission from animals to humans. Emerging zoonosis make up a large portion of novel diseases, including ones that have been popular in the press over the last decade – including Ebola, SARS and MERS – and likely COVID-19. Despite the fact that zoonotic origin plays little role in actual disease transmission outside of original human-animal contact, how zoonotic origins are communicated can influence risk perception and preventative behaviors, including how people interact with animals that are known to be possible sources of a disease.

A lot of animals carry coronaviruses - In the early stages of the pandemic, at least in the U.S., there were continually stories about possible zoonotic origins of COVID-19, and a whole bunch of different animals were discussed up when the first cases arrived in the U.S. There were articles about snakes, then pangolins, and even articles about dogs as a possible source. The CDC lists camels, cattle, cats and bats as potential carriers and potential sources of infection for humans. Conveying such a wide range of species as susceptible increases perceptions of risk and affects people’s intentions to engage in risk relevant behaviors.

Exotic animals can activate stereotypes - There is a potential drawback in describing exotic animal origins, particularly ones that are food-related, because it can activate cultural stereotypes associated with cultures that eat those foods. These stereotypes lead to discriminatory practices and avoidance of people from these cultures and has the potential to increase stigma. This stigma can decrease a lot of efforts to reduce the disease spread because it decreases health seeking behavior.

How are U.S. citizens reacting to different possible sources? Tyler Davis, Ph.D., a professor of psychological sciences at Texas Tech, and his team of researchers began their study after the first official U.S. case was reported in January and concluded their data collections after an official pandemic was declared in March. Using an online sample, the researchers described five different possible origins of the coronavirus, one of which was a familiar food source, pigs, the other ones were more divergent from what people in the U.S. would tend to eat as food. Each source was described using similar wording, with just the type of animal subbed out in each version.  Here is what they found:

Zoonotic origin affects people’s perceptions of risk. This was highest for snakes, which was one of the first sources to be named, and lowest for pigs, which are a more common food source. The source also affected peoples’ intentions to engage in preventative behaviors, including things like washing hands, wearing a mask, etc. When pigs were described as the source, people had lower intentions of engaging in these behaviors. People had the highest intentions of engaging in preventative behaviors when snakes were described as the source.

Rise in xenophobic behaviors - One of the more troubling manifestations of this effect was that people, after reading about exotic origins, tended to say that they had more higher intentions to avoid people of Asian descent. When pigs were described as the source, people had lowered intentions to engage in xenophobic behaviors. This kind of stigma also leads to potential reduced treatment seeking, such as going out and getting tested.

Zoonotic origin plays little role in actual disease transmission outside of original human animal contact and interacting with animals doesn't affect the current pandemic. But people behave as if it does matter. Communication about zoonotic origin influence people's risk perception and their intentions to engage in avoidance behaviors, and some of these avoidance intentions can indirectly impact stigma. And we have seen this happen in the past, for example when talking about origins of H1N1 or labeling it as Mexican flu has stigmatized Latin Americans, and with the Ebola crisis, there was stigmatization of West Africans. So exoticness can be a double-edged sword, where it makes for good headlines, But the early emphasis on this might have also led to some of the discrimination we saw early in the pandemic. Although describing exotic origins does tend to increase perceptions of risk and intentions to engage in some of those important preventative behaviors, it also has some severe drawbacks.  Full interview with Davis can be found at SRA.org

An observational study of patients in London hospitals suggests that the B.1.1.7. variant is not associated with more severe illness and death, but appears to lead to higher viral load, consistent with emerging evidence that this lineage is more transmissible than the original COVID-19 strain.

The COVID-19 pandemic has cast a harsh light on the urgent need for quick and easy techniques to sanitize and disinfect everyday high-touch objects such as doorknobs, pens, pencils, and personal protective gear worn to keep infections from spreading.

Expert can discuss the impact of physical activity on COVID-19

Narratives are a powerful tool that can help explain complex issues, but they can also serve as sources of misinformation, which presents a challenge as public health agencies work to educate people about COVID-19 vaccine.

The coronavirus pandemic continues to have a negative impact on our sleep, according to new findings from the American Academy of Sleep Medicine. 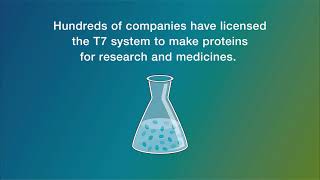 The Science Behind the Shot: Biotech Tools Developed at Brookhaven Lab Fundamental to Making COVID-19 Vaccines

You’ve probably heard that the first two vaccines approved for battling COVID-19 in the United States use a relatively new approach—injections of simple packets containing mRNA, a genetic material that instructs our cells to make coronavirus spike proteins. But the technology for generating sufficient amounts of those mRNA packets dates back to the 1980s, when F. William Studier, then a senior biophysicist at the U.S. Department of Energy’s Brookhaven National Laboratory, developed a way to harness the molecular machinery of a very different virus.

A landmark work has been published examining fatigue as a hugely important factor in human health and extremely relevant to those with “long-haul” COVID-19 symptoms.

A reporter's PressPass is required to access this story until the embargo expires on 14-Apr-2021 2:00 PM EDT The Newswise PressPass gives verified journalists access to embargoed stories. Please log in to complete a presspass application. If you have not yet registered, please Register. When you fill out the registration form, please identify yourself as a reporter in order to advance to the presspass application form.