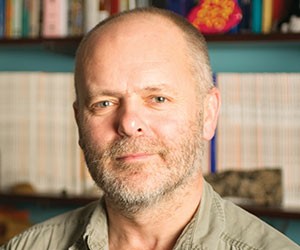 Clive Neal, professor of civil and environmental engineering and earth sciences at the University of Notre Dame and emeritus chair of the Lunar Exploration Analysis Group (LEAG)

NASA has canceled its Resource Prospector mission, which aimed to search the polar region of the moon for resources including oxygen, hydrogen and water.

Clive Neal, professor of civil and environmental engineering and earth sciences at the University of Notre Dame and emeritus chair of the Lunar Exploration Analysis Group (LEAG), is available to comment on NASA’s decision to cancel its Resource Prospector mission.

“These deposits have extremely important exploration implications, as they could be viable resources to support not only human exploration into the solar system but also a thriving lunar economy. Additionally, the deposits have unique scientific significance since they record the delivery of volatiles to the inner solar system, including Earth,” the letter stated.

The letter, co-authored by Neal and LEAG's current chair, Samuel J. Lawrence, also stated the cancellation "is viewed with both incredulity and dismay by our community, especially as the President's Space Policy Directive 1 directs NASA to go to the lunar surface."