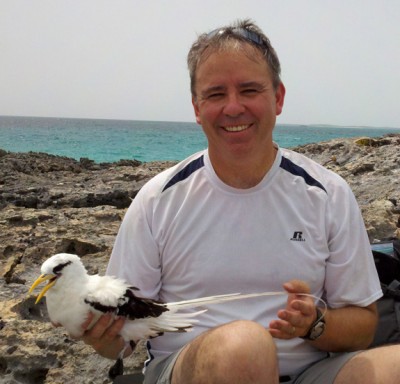 Scientists Want To Bring Loons Back To Massachusetts

To Bring Loons Back To Mass., Biologists Must Convince The Birds This Is Home

Saving the Loons: What Conservation Efforts Are Helping Maine's Iconic Loons & How Can People Help?

Loon hatches for 1st time in a century in southeastern Massachusetts

Loon hatches for 1st time in a century in southeastern Massachusetts

Biodiversity Research Institute to Lead Avian Research on $7.5 M Grant from the Department of Energy

Biodiversity Research Institute (BRI) is part of a collaborative team, led by Duke University, that has received a total of $7.5 million to assess the risks that offshore wind energy development along the East Coast may pose to birds, bats, and marine mammals. BRI’s role is to lead the avian research components for the five-year project Wildlife and Offshore Wind (WOW): A Systems Approach to Research and Risk Assessment for Offshore Wind Development from Maine to North Carolina.
20-Oct-2021 10:05:28 AM EDT

The Impact of Mercury in New York State

Biodiversity Research Institute announced that a series of scientific studies that assessed the impact of mercury on air, water, fish, and wildlife in New York State was published in the journal Ecotoxicology, an international journal devoted to presenting critical research on the effects of toxic chemicals on people and the environment.
23-Nov-2020 04:05:31 PM EST

Fifteen papers have recently been published in a special issue of the journal Ecotoxicology. Findings: at least 58 songbird species show demonstrated effects from mercury. The journal’s October 2020 issue presents results of field, laboratory, and museum studies—from Alaska to Maine to Puerto Rico.
15-Oct-2020 09:00:54 AM EDT

Biodiversity Research Institute announces the successful results of its long-term loon translocation and restoration project Restore the Call: A male loon chick that was translocated in 2015 from New York to Massachusetts returned in 2018 to the region from which it fledged, and now has formed a territorial pair, nested, and successfully hatched a chick in Fall River, Massachusetts.
08-Jul-2020 02:05:34 PM EDT

It’s “visible evidence that breeding loon populations can be restored to their former habitat.”

A conversation with Joe Ricketts and David Evers about their loon restoration project 'Restore the Call' from Biodiversity Research Institute on Vimeo.