Newswise — As China struggles to find ways to remedy the noxious haze that lingers over Beijing and other cities in the winter, researchers from Georgia Institute of Technology have cast serious doubt on one proposed cause: high levels of ammonia in the air.

The wintertime air pollution has gained attention in the scientific community in recent years, prompting some scientists to propose that ammonia, emitted into the air from agricultural activities and automobiles, could be a precursor that strongly promotes the formation of the haze.

Georgia Tech researchers countered that theory in a study published September 21 in the journal Scientific Reports. The study was sponsored by the National Science Foundation.

“With China and other countries exploring ways to reduce air pollution, it’s important to understand the chemistry behind how that haze forms,” said Rodney Weber, a professor in Georgia Tech’s School of Earth & Atmospheric Sciences. “What we’ve found is that the atmospheric ammonia is not a large driver of those air conditions, as has been proposed.”

The researchers used advanced computer modeling to examine the chemistry of how sulfur dioxide and nitrogen oxide – two gases pumped into the atmosphere from coal-burning power plants and other fossil fuel combustion – interact to form sulfate aerosol, one major cause of the haze that can wreak havoc on human and ecosystem health.

“Typically, sulfate aerosol is produced through a chemical reaction that oxidizes sulfur dioxide to form sulfate particulates,” said Athanasios Nenes, a professor and Johnson Faculty Fellow in the School of Earth & Atmospheric Sciences and the School of Chemical & Biomolecular Engineering. “In that process, water is absorbed by the sulfate as it is produced and tends to make the particle very acidic, which shuts down certain pathways for further sulfate formation.”

Some scientists have recently suggested that Beijing’s high levels of ammonia – which is a base, or on opposite side of the acidity scale – could subvert the normal sulfate process, keeping the particle neutral long enough to form much higher concentrations of sulfate through a new chemical pathway.

The researchers at Georgia Tech tested that theory with a computer model that performed a thermodynamic simulation of the aerosol conditions over cities in the East China Plains. The researchers tested numerous atmospheric scenarios by altering the mix of aerosols, gases and meteorological conditions several ways. Consistently, the model showed that elevated ammonia had relatively little impact on the acidity of the pollutant particles. Even a 10-fold increase in ammonia above normal conditions made the aerosol only a tiny amount – only one pH unit – less acidic. The effect was also true in the reverse; lowering ammonia 10-fold made the air only slightly more acidic. The researchers concluded that particles remain too acidic, even for the very high levels of ammonia in Beijing, for sulfate haze to be formed through the proposed new pathway.

“If ammonia played a big role in the production of sulfate, efforts to control it could have wide-ranging implications, such as considering limiting agricultural activities to improve air pollution of this kind,” Weber said. “But, we show that this is likely to be largely ineffective, in this case.”

The researchers found that the mildly acidic air over Beijing could promote high rates of sulfur dioxide oxidation through interaction with transition metals such as iron, copper and manganese emitted into the air from local sources such as car brakes, fly ash and mineral dust, which could be another important contributor to extreme pollution events and a source of intense particle toxicity.

Other researchers at Georgia Tech have attributed the extreme haze in China in recent years to changing weather patterns as a result of climate change.

“Controlling ammonia emissions overall seems to be the proposed strategy for mitigating air quality problems in many regions of the globe, but our work shows that it is not necessarily the most cost effective way to go,” Nenes said. “You certainly don’t want to ignore ammonia emissions, but there can be other ways to get the biggest bang for the buck in terms of air quality improvement, such as limiting sulfur dioxide and nitrogen oxide emissions from coal burning power plants.” 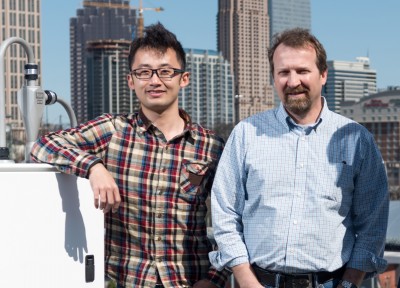 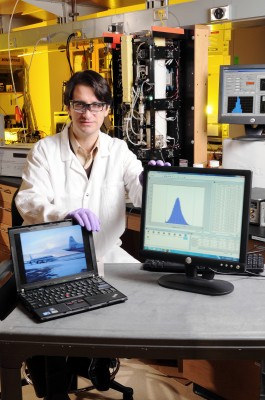 Caption: Athanasios Nenes, a professor and Johnson Faculty Fellow in the School of Earth & Atmospheric Sciences and the School of Chemical & Biomolecular Engineering