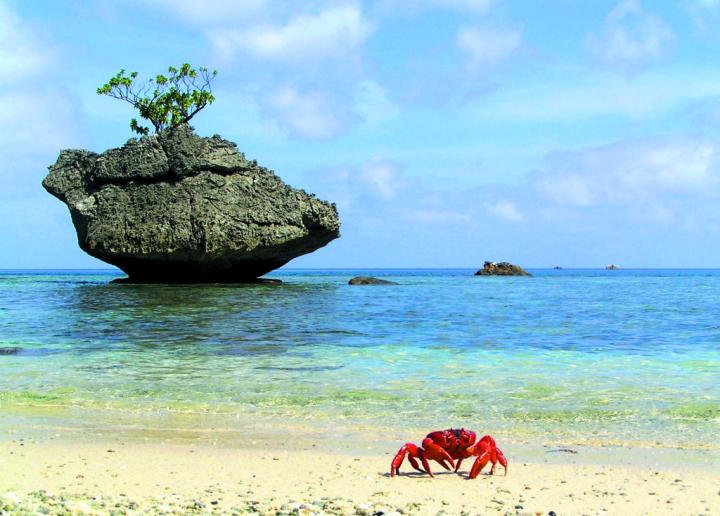 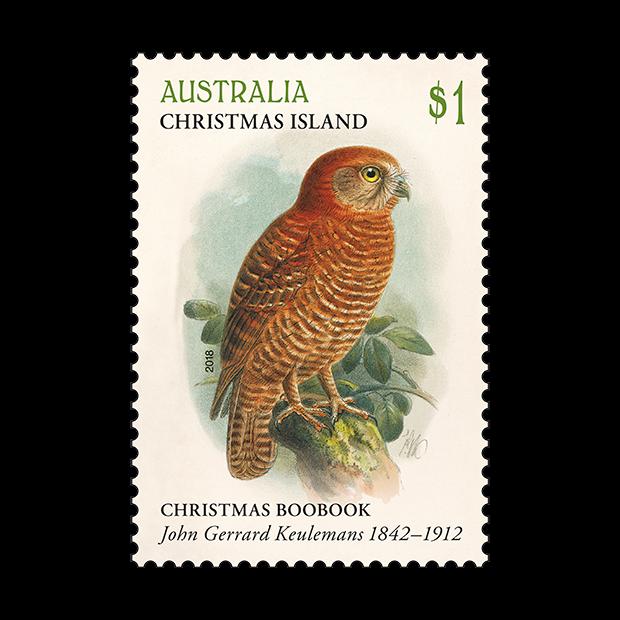 The Christmas boobook (Ninox natalis), also known more specifically as the Christmas Island hawk-owl, is one of the island's rare species, featured on a postage stamp. 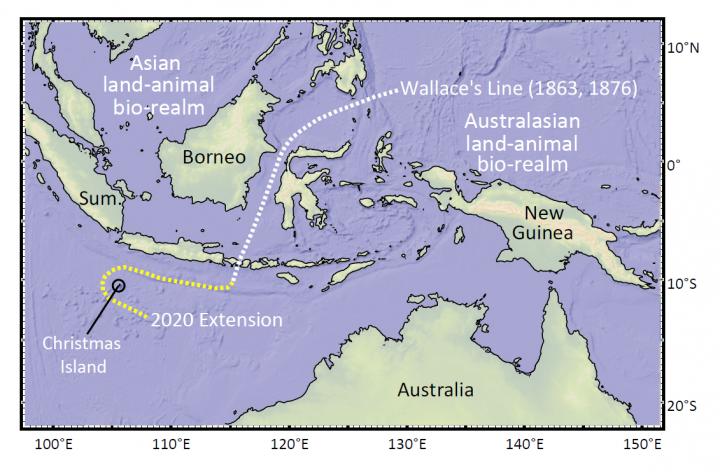 The new alterations needed for the Wallace line.

Newswise — The world's animal distribution map will need to be redrawn and textbooks updated, after researchers discovered the existence of 'Australian' species on Christmas Island.

The University of Queensland's Professor Jonathan Aitchison said the finding revises the long-held understanding of the location of one of biology and geography's most significant barriers - the Wallace line.

"The Wallace line - named after its discoverer Alfred Russel Wallace - delineates major biological division separating the species with Asian origins from those with Australasian ones," Professor Aitchison said.

"It runs along the narrow seaways separating Bali from Lombok, and Borneo from Sulawesi.

"To the west are the tigers, elephants, rhinoceroses and orang-utans of Eurasia and to the east, the marsupials and monotremes that are synonymous with Australia."

"Unexpectedly, half of Christmas Island's land mammal and land reptile species - two rats, two skinks and one gecko - have a genetic heritage to Australia's side of the divide," Dr Ali said.

"It was a highly surprising discovery.

"The ancestors of these species would have most likely have been washed over on uprooted trees of vegetation mats and transported in by a major oceanic current known as the Indonesian Throughflow.

"The Indonesian Throughflow is part of the global heat conveyor belt, and follows deeper waters that delineate the Wallace line.

"It's caused by the westernmost Pacific Ocean surface topography being slightly higher than its Indian Ocean counterpart.

"That's right - it's a little mind-bending - but the 'sea-level' varies slightly in different parts of the world."

Professor Aitchison said the species' journey must have occurred within the last five million years, as this is when Christmas Island emerged to form a new landmass.

"Christmas Island existed as a coral atoll from about 40 to 17 million years ago," Professor Aitchison said.

"But in response to a tectonics phenomenon originally described by Darwin, it subsided beneath the ocean surface and disappeared.

"It re-surfaced only five million years ago thanks to some flexing tectonic plates - 300 to 350 kilometres to the south of where it is now located - from then on land plants and animals could begin to establish new populations.

"We're excited to see what other weird and wonderful discoveries are ahead."

Caption: The Christmas boobook (Ninox natalis), also known more specifically as the Christmas Island hawk-owl, is one of the island's rare species, featured on a postage stamp.

Caption: The new alterations needed for the Wallace line.