Economic Disparities a Growing Concern for Cancer Diagnosis and Treatment 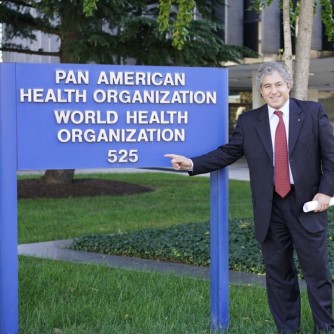 The most recent global cancer data from the WHO highlights the growing differences in mortality rate among regions of the world bearing very different economic circumstances. Given that cancer has been globally responsible for the death of 8.8 million individuals in 2015 and that the number of new cases is expected to rise by about 70% over the next two decades, these new figures are cause for concern looking at the rise of Cancer among economically weak regions.

“This problem,” adds prof. Giordano, “is a major driver for the expected increase of cancer cases and deaths, especially among children and children-bearing women in these countries also due to the higher risk connected to specific infective agents for which there are no widespread prevention programs as well as limited access for women and children to what we now consider basic care in other parts of the world.” “The Limited access to sustainable diagnosis and treatment in economically weak regions disclosed by these reports,” states prof. Pierluigi Scalia, director of ISOPROG Onlus, an Italian non profit research organization, “is not only restricted to third world countries, but it is likely to be witnessed within countries with higher income when comparing different regions of the same country.” “For example,” says prof. Scalia, “we could expect the same trend due to lack of access to basic sustainable care when comparing large cities to the peripheries such it can be seen throughout the US and as it is still a problem in countries like Italy between the northern and the southern regions. In all these cases, the incidence of cancer in children and economically weak part of our society is expected to rise.”