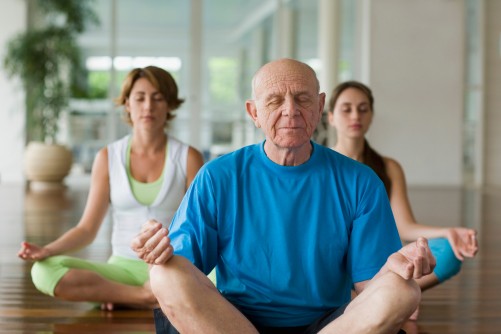 The rate of your biological clock influences how long you'll live.

Why do some people lead a perfectly healthy lifestyle yet still die young? A new international study suggests that the answer lies in our DNA.

The findings are published in today’s edition of the journal Aging.

“Our research reveals valuable clues into what causes human aging, marking a first step toward developing targeted methods to slow the process,” said principal investigator Horvath, a professor of human genetics and biostatistics at UCLA’s David Geffen School of Medicine and Fielding School of Public Health.

Drawing on 13 sets of data, including the landmark Framingham Heart Study and Women’s Health Initiative, a consortium of 25 institutions analyzed the DNA in blood samples collected from more than 13,000 people in the United States and Europe.

Applying a variety of molecular methods, including an epigenetic clock developed by Horvath in 2013, the scientists measured the aging rates of each individual. The clock calculates the aging of blood and other tissues by tracking methylation, a natural process that chemically alters DNA over time. By comparing chronological age to the blood’s biological age, the scientists used the clock to predict each person’s life expectancy.

“We were stunned to see that the epigenetic clock was able to predict the lifespans of Caucasians, Hispanics and African-Americans,” said first author Brian Chen, a postdoctoral fellow at the National Institute on Aging. “This rang true even after adjusting for traditional risk factors like age, gender, smoking, body-mass index, disease history and blood cell counts.”

The group’s findings, however, don’t bode well for everyone.

“We discovered that 5 percent of the population ages at a faster biological rate, resulting in a shorter life expectancy,” Horvath said. “Accelerated aging increases these adults’ risk of death by 50 percent at any age.”

For example, two 60-year-old men, Peter and Joe, both smoke to deal with high stress. Peter’s epigenetic aging rate ranks in the top 5 percent, while Joe’s aging rate is average. The likelihood of Peter dying within the next 10 years is 75 percent compared to 60 percent for Joe.

The preliminary finding may explain why some individuals die young – even when they follow a nutritious diet, exercise regularly, drink in moderation and don’t smoke. “While a healthful lifestyle may help extend life expectancy, our innate aging process prevents us from cheating death forever,” Horvath emphasized. “Yet risk factors like smoking, diabetes and high blood pressure still predict mortality more strongly than one’s epigenetic aging rate.”

Scientists have long searched to identify biomarkers for biological age, according to coauthor Dr. Douglas Kiel, a professor at Harvard Medical School and a senior scientist for the Institute of Aging Research at Hebrew SeniorLife.

“In geriatric medicine, we are always struck by the difference between our patients’ chronological age and how old they appear physiologically,” said Kiel. “This study validates the use of DNA methylation as a biomarker for biological age. And if we can prove that DNA methylation accelerates aging, we can devise strategies to slow the rate and maximize a person’s years of good health.”

The precise role of epigenetic changes in aging and death, however, remains unknown, said coauthor Dr. Themistocles Assimes, an assistant professor of cardiovascular medicine at Stanford University School of Medicine.

“Do the epigenetic changes associated with chronological aging directly cause death in older people?” said Assimes. “Perhaps they merely enhance the development of certain diseases--or cripple one’s ability to resist the progression of disease after it has taken root. Future research is needed to address these questions.”

Larger studies focused only on cases with well-documented causes of death will help scientists tease out the relationship between epigenetic age and specific diseases, he added.

By 2017, according to the World Health Organization, the number of people worldwide over age 65 will outnumber those under age 5 for the first time in recorded history. By 2050, the proportion of the global population over 60 will double from 11 to 22 percent. Many countries will be ill-prepared to keep pace with the high costs associated with disease and disability as more people live longer, said Horvath.

“We must find interventions that prolong healthy living by five to 20 years. We don’t have time, however, to follow a person for decades to test whether a new drug works.” said Horvath. “The epigenetic clock would allow scientists to quickly evaluate the effect of anti-aging therapies in only three years.”

The University of California has applied for a provisional patent on the epigenetic clock.