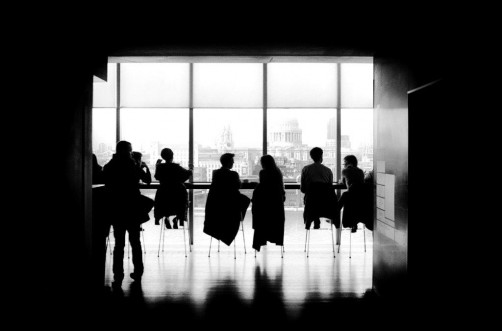 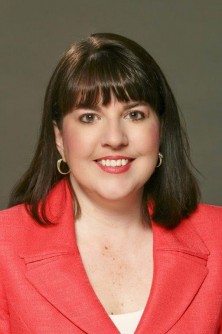 Newswise — Women in public relations are more likely than men to seek allies and form coalitions before they give ethics counsel to senior leaders, while men are more likely to rely on presenting research, according to a Baylor University study.

The study also showed that while senior public relations executives in the study overall tend to use “rational approaches,” such as research, case studies and appeals about what is right and lawful, success depends on building relationships with colleagues in other departments so that they have backup when ethical issues arise.

“A PR person can be the conscience, but are they listened to? Are they respected? Are they at the table?” one woman said. “You can be doing everything right, but if nobody is listening to you, it really doesn’t matter a whole lot. Except that you can sleep at night.”

The study — “The Use of Influence Tactics by Senior Public Relations Executives to Provide Ethics Counsel” — is published in the Journal of Media Ethics.

The article highlights the need for younger PR practitioners to seek out senior PR executives as mentors before and during confrontation of ethics issues, said lead author Marlene Neill, Ph.D., assistant professor of journalism, public relations and new media in Baylor’s College of Arts & Sciences and author of the book “Public Relations Ethics: PR Pros Tell Us How to Speak Up and Keep Your Job.”

"What inspired us to do this research were findings from a study I did in 2016," Neill said. "Results indicated the Milliennials did not feel prepared to give ethics counsel, were unlikely to speak up and didn't even expect to face ethical dilemmas. We decided to conduct this study to instruct them how to do this effectively based on the experiences of senior executives working in our field."

Researchers conducted through in-depth interviews with an elite selection of 55 public relations executives, many of them with Fortune 500 companies. They included members of the *Public Relations Society of America (PRSA) College of Fellows and The Arthur W. Page Society, with the combined sample averaging 33 years in PR. They represented 19 states and industries including government, healthcare, telecommunications, financial services and energy.

Interviewees discussed ways to exert influence, ethics training and whether they are of value as an ethics counselor.

“Some see it as being of little use; some recommend the PR practitioner take a modest role in encouraging consideration of ethics among multiple leaders,” Neill said. But others felt strongly that they should be an “organizational conscience” when they think company actions might pose an ethical dilemma with troubling consequences.

One reason to do so is that without “boat-rocking” with straightforward tactics within an organization, some may turn outside the company by whistleblowing or leaking information to stakeholders, media or government officials.

“Our study found that building relationships was critical for practitioners to ensure that other executives would listen to and respect their counsel,” Neill said. “That doesn’t mean they always won the debate, but relationship building has to do with building respect and trust.”

While the interviewees’ most common approach to influencing was rational, followed by coalition-building, “some said they relied on persistence and assertiveness if they felt an issue was so objectionable they could not stay silent,” Neill said. “A few people turn to ingratiation, such as flattery.”

When it comes to differences in how genders approach the role of ethics counselor, one reason women may recruit allies is that they tend to be outnumbered by men in the boardroom, Neill said.

One woman said that “Going in force can help your case. But sometimes it can backfire . . . you know, if somebody wants to kill the messenger. But if several people come to you with the same messaging, I think you take notice.”

Another woman said that she was “reprimanded for being so forthright. So, I didn’t do it that way anymore.”

Some women were wary of using emotional appeals.

Because of stereotypes about women being emotional in the workplace, “I probably erred in the other direction,” one woman said.

Men, meanwhile, were more likely to prefer informational sources of power such as research and case studies, Neill said. But both genders said they ask questions, discuss, listen, share alternatives or solutions and recommend.

A few men and women used more confrontational descriptions, such as saying, “We absolutely put our foot down” and “Tell them it’s wrong.” But in the case of women, “some of these more confrontational accounts were used in connection with allies or coalitions,” Neill said.

In a few cases, men and women gave examples of resigning accounts or refusing to accept new clients if they decided the client’s business was not worth the ethical cost.

Some of the common ethics issues centered around communication, such as open disclosure of information, inaccurate information or sending fake letters to an editor. Others were business challenges, such as abusive behavior toward subordinates, misuse of public funds, smear campaigns and conflicts of interest.

Neill said that because the study was limited to 55 individuals, a larger study and surveys of senior PR executives in other nations would be valuable. She and a colleague next plan to study to women’s leadership experiences.

*PRSA College of Fellows is an exclusive group of approximately 350 senior professionals, each with at least 20 years of experience in PR, Accreditation in Public Relations and recognition for distinguished careers. The Arthur W. Page Society is open by invitation to chief communications officers of Fortune 500 corporations and leading nonprofit organizations, chief executive officers of PR agencies and senior professors from business and communications schools.

The study was funded by The Arthur W. Page Center for Integrity in Public Communication and supported by the PRSA Board of Ethics and Professional Standards and PRSA College of Fellows.