Extreme Preterm Infant Death or Disease May Be Predicted by Biomarker

The biomarker may identify newborns at risk for lung disease and enable novel therapy approaches. 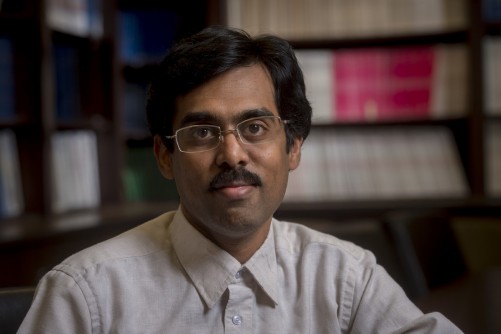 Newswise — BIRMINGHAM, Ala. – Tests of cells collected from the umbilical cord blood vessel walls at birth can predict death or poor pulmonary outcomes in extremely preterm infants, say researchers at the University of Alabama at Birmingham.

“Now that we know there is useful information from cells we obtain from the umbilical cord, we could use their bioenergetics as a biomarker and for therapy approaches before bronchopulmonary dysplasia develops,” said Jegen Kandasamy, M.D., a neonatologist and assistant professor of pediatrics at UAB, and corresponding author of a study detailing the findings.

Bronchopulmonary dysplasia, or BPD, is a lung-function abnormality that affects one-fourth to one-half of extremely low birthweight premature infants, mostly those who need to be given prolonged duration of oxygen therapy. This therapy creates reactive oxygen species in the lung, and that stress, along with some other contributors, can lead to chronic or life-threatening lung disease because it interferes with maturation of the still-developing lung. The blocked maturation includes the tiny terminal saccules that normally continue to develop through the last 14 weeks of a full-term gestation and about five weeks more after birth.

“Every baby who is born extremely prematurely needs to have such lung injury minimized, or else it can go downhill from there,” Kandasamy said.

Researchers collected venous endothelial cells from umbilical cords of 69 infants born at 26 weeks average gestation. The average birthweight of these infants was 1.9 pounds; 34 of the infants survived without BPD, and 35 developed BPD and/or died. Of those 35, 24 survived with BPD and 11 died before BPD status could be assessed at 36 weeks gestational age.

These umbilical vascular endothelial cells were grown in culture and tested for mitochondrial energetic function and oxidant generation. Mitochondria are small organelles inside cells that are often called the powerhouses of the cell because they generate most of the cell’s ATP, a chemical form of energy. Oxidative stress can damage mitochondria, causing the release of dangerous reactive oxygen species.

Kandasamy and colleagues found that the endothelial cells of infants who developed BPD or died — as compared to endothelial cells of infants who survived without developing BPD — had significantly lower maximal oxygen consumption rates, produced more superoxide after exposure to excess oxygen, and released more hydrogen peroxide after exposure to excess oxygen. Superoxide and hydrogen peroxide are two types of reactive oxygen species.

These changes in the endothelial cells of the infants who developed BPD or died, as well as increased damage to mitochondrial DNA and some other observed changes, indicated impaired vascular endothelial mitochondrial function. This impaired function is a potential biomarker for BPD susceptibility in preterm infants, and it could help modify therapeutic strategies to decrease the risk of poor lung outcomes.

The UAB researchers say this is the first study to suggest that mitochondrial dysfunction in human-derived vascular endothelial cells is a strong predictor for BPD risk in premature infants.

“We are the first to study these cells from a baby’s umbilical cord and compare their function to risk for diseases in the same baby,” Kandasamy said.

Kandasamy says that UAB is one of the few medical centers where this research can be done, since the academic medical center combines excellent expertise in mitochondrial biology along with strong leadership in research regarding neonatal lung injury and development. He says he helped collect the umbilical cords during two years of his neonatology fellowship at UAB, including births that occurred at 3 a.m. or other wee hours of the morning.