Newswise — A re-analysis of dinosaur skulls from northern Alaska suggests they belong to a genus that lived over a broad latitudinal range extending into the Arctic.

The plant-eating, broad-beaked dinosaurs that lived in northern Alaska some 69 million years ago belong to the genus Edmontosaurus, and not to the genus recently proposed by scientists in 2015. The finding suggests this group of dinosaurs existed over a broad latitudinal range, extending from northern Colorado all the way up into the Arctic.

The research was conducted as part of a Perot Museum of Nature and Science's project, joined by Hokkaido University and Okayama University, and published in the journal PLOS ONE.

The Liscomb Bonebed quarry in northern Alaska is rich in dinosaur fossils belonging to the family Hadrosauridae. Biological classifications, or taxonomy, of the hadrosaurid dinosaur found there has puzzled scientists since the 1980s. Scientific consensus eventually classified them as the genus Edmontosaurus, until a group of scientists proposed that the Alaskan hadrosaurids represent a unique genus and species, and named Ugrunaaluk in 2015. However, other scientists questioned the validity of the taxon.

The incompleteness and the immaturity of the Alaskan hadrosaurine fossils make their classification difficult. To overcome this problem, Ryuji Takasaki, former Ph.D. student at Hokkaido University, and his colleagues in Japan and the US specifically examined skull bones. This minimized danger of mixing bones of the two hadrosaurid clades known from the same site: Hadrosaurinae and Lambeosaurinae. Bones from body parts of immature hadrosaurine and lambeosaurine dinosaurs cannot be readily distinguished from each other.

The team compared the skull bones of Hadrosaurinae with those of other hadrosaurines, especially with known Edmontosaurus from lower latitude North America. They found enough evidence to suggest that the Liscomb Bonebed hadrosaurine bones previously named Ugrunaaluk are likely to represent an immature form of the genus Edmontosaurus.

"We recommend the conservative approach of referring them to Edmontosaurus until further discoveries of more mature individuals from the area can resolve the issue," says Takasaki.

Clarifying the taxonomy of the Liscomb Bonebed hadrosaurines can help scientists understand how they lived and evolved. "Re-attribution of the Alaskan hadrosaurines to Edmontosaurus suggests they lived over a broad range of latitudes extending from northern Colorado to northernmost Alaska," says Takasaki. The few anatomical differences among Edmontosaurus, despite of their broad range, suggest they did not evolve much in order to adapt. A small temperature gradient over that area at that time could be one reason to establish the small differences, according to the researchers.

Moreover, Yoshitusugu Kobayashi at Hokkaido University Museum, a co-author of this paper, recently named a new genus species Kamuysaurus japonicus in Hokkaido, Japan, which belongs to Edmontosaurini as Edmontosaurus does. "Taken these studies together, this group of hadrosaurs, the Edmontosaurini, were widely distributed in the northern circum-Pacific region, meaning that they were incredibly successful dinosaurs," Kobayashi commented. "It's fascinating to think they likely used the ancestral Bering Land Bridge between Asia and North America for migration in a manner similar to mammoths, woolly rhinoceroses, and early humans." 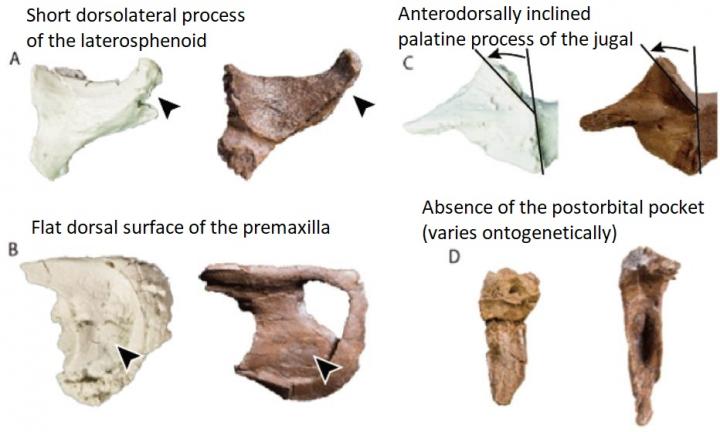 Caption: Morphological comparison between the Liscomb Bonebed hadrosaurine (left fossils) and known Edmontosaurus (right fossils). The hadrosaurid possesses a short dorsolateral process of the laterosphenoid, one of the diagnostic characters of Edmontosaurus (A). Some features previously considered unique to Ugrunaaluk were also found in Edmontosaurus or appear only transiently during the growth. (B-D) 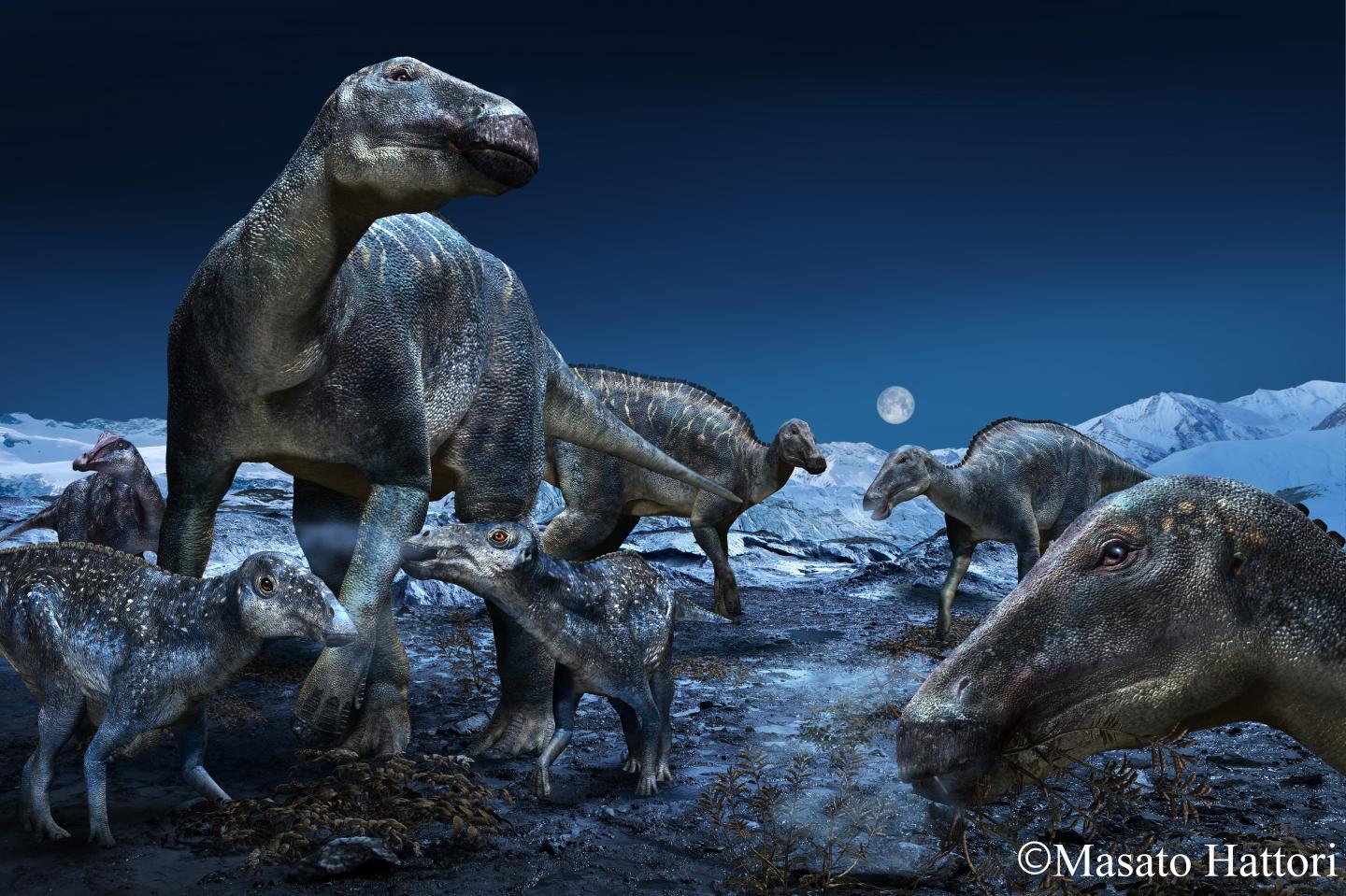 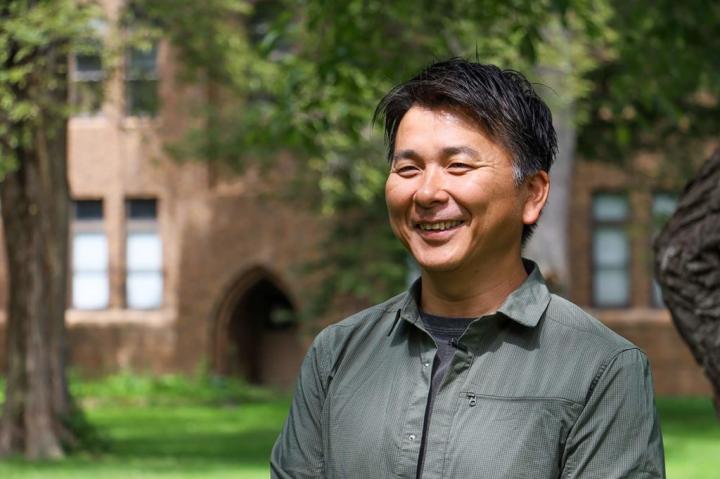 Caption: This is professor Yoshitsugu Kobayashi of The Hokkaido University Museum.