21-Feb-2020 11:30 AM EST, by Institute of Atmospheric Physics, Chinese Academy of Sciences
favorite_border 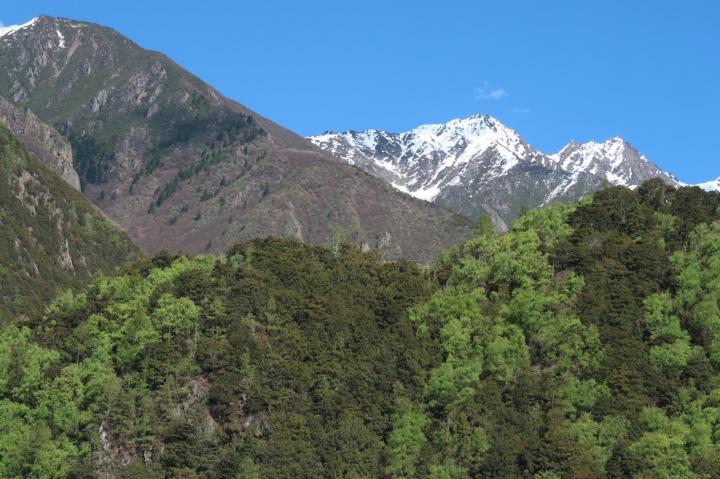 Woodland leaf-out along tree line demonstrates contrasting canopy greenness before and after leaf-out.

Newswise — Advanced leaf-out, or early sprouting and opening leaves, is a direct response to climate change. In northern hemisphere, leaf-out has advanced at a rate of 4-5 days per decade on average since 1980s, according to synthesis of over 40 satellite-derived phenology studies across decades and regions. Scientists are curious to know if, in turn, this advancement would affect climate by modulating seasonal cycles of surface energy, water, and carbon budgets.

A new study, published in Nature Climate Change on Feb 17, 2020 showed that advanced leaf-out enhances annual surface warming in the Northern Hemisphere. The study was carried out by researchers at the Institute of Atmospheric Physics with collaborators from Lawrence Berkeley National Laboratory and Nanjing University of Information Science and Technology.

"There are many studies of how vegetation is affected by climate change. However, impact of vegetation change on climate is underemphasized." said Dr. Xiyan Xu, the first author of the study.

According to the study, advanced leaf-out intensifies water vapor release. "Enhanced water vapor is transported poleward and leads to snow and cloud cover anomalies in northern high latitudes." said Xu,"That explains why there are unusual temperature hotspots in the north, which is beyond the regions of advanced leaf-out."

The warming due to earlier leaf-out is amplified in the cold regions, such as Canadian Arctic Archipelago, east and west edges of Siberia, and southeastern Tibetan Plateau, because warming causes snow cover decline.

"Snow reflects solar radiation." Explained Xu, "When there is less snow on the ground, the reflectivity of Earth's surface decreases. Then, more incoming solar radiation is absorbed by the surface, and the surface warms, consequently."

Dr. Gensuo Jia, the corresponding author of the study noted that if the warming continues, leaf-out date will shift further earlier.

"The positive feedbacks loop between climate and spring leaf phenology is likely to amplify warming in the northern high-latitudes." said Jia, "The impact of vegetation change on climate is profound in spring when snow is melting, with incoming East Asian summer monsoon, and strengthening southerly North American low-level jet."

Taking these factors into consideration, the study concludes that in early spring, if bare ground is replaced with dense canopy, it would make a great difference to seasonal transition of the climate system.