Hormone Therapy Could Lower Risk of Immunotherapy-Associated Myocarditis in Women 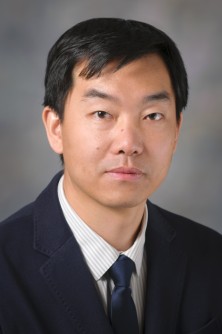 Newswise — HOUSTON ― A new preclinical study from researchers at The University of Texas MD Anderson Cancer Center and the University of California San Francisco (UCSF) has discovered the underlying cause of gender differences in immunotherapy-associated myocarditis after immune checkpoint inhibitor (ICI) treatment. Their findings point to possible treatment strategies for this side effect, which disproportionately affects female patients.

“Immune checkpoint inhibitors can be life-saving for many patients, but increasing the dose or combining with other therapies also increases the risk for myocarditis, particularly in women,” said co-corresponding author Liuqing Yang, Ph.D., associate professor of Molecular and Cellular Oncology. “With this study, we now understand the mechanisms behind this, and we’ve found several potential ways to reduce this risk without compromising the antitumor effects of treatment.”

Immune checkpoint inhibitors result in durable anti-tumor responses in many patients, but they are associated with an increased risk of cardiovascular toxicities caused by immune cells that infiltrate heart tissue. While this occurs in only about 1% of patients, these side effects can significantly increase the mortality rate in women.

Further investigation revealed the same pattern in patients with ICI-associated myocarditis, where MANF and HSPA5 proteins were decreased and immune cells were elevated compared to healthy donors. These findings suggest that MANF and HSPA5 are involved in regulating interactions between the cardiovascular and immune systems.

Infusions of recombinant MANF and HSPA5 proteins reversed these effects, improving cardiac function without affecting antitumor response after ICI, highlighting this as a possible therapeutic strategy.

“The sex differences observed in both ICI-myocarditis mouse models are especially intriguing because in non-ICI myocarditis (viral or autoimmune) in the general population, male sex is considered a risk factor and defines a more severe course,” Moslehi said. “If such an opposite sex difference in ICI-myocarditis is true, it suggests a possible interaction of immune checkpoints and sex hormones.”

Indeed, the researchers noted that serum concentrations of estrogen were significantly reduced in both males and females two weeks after ICI treatment, along with downregulation of Manf and Hspa5.

“Based on these results, we can envision several potential treatment strategies. For example, we may consider monitoring estrogen levels in patients after ICI treatment and potentially infusing them with recombinant MANF and HSPA5 proteins to bring their levels back up and improve outcomes,” Lin said. “Likewise, targeting with an ERβ agonist to increase expression of Manf and Hspa5, or blocking androgens to do the same, might reduce the risk of adverse events, allowing us to tailor these strategies to individual patient needs so we can optimize the use of immunotherapy and minimize cardiac toxicities.”

While this is a preclinical study, the authors are planning clinical trials to evaluate these approaches using drugs already approved by the Federal Drug Administration (FDA).

This work was supported by MD Anderson institutional funding, the Cancer Prevention and Research Institute of Texas (CPRIT) (RP200423, RP180259), an American Association for Cancer Research (AACR)-The Mark Foundation for Cancer Research Science of the Patient Grant, the National Institutes of Health (R01CA218025, R01CA231011, R01HL141466, R01HL155990, R01HL156021), and the U.S. Department of Defense (BC180196). A full list of collaborating authors and their disclosures can be found with the full paper here.