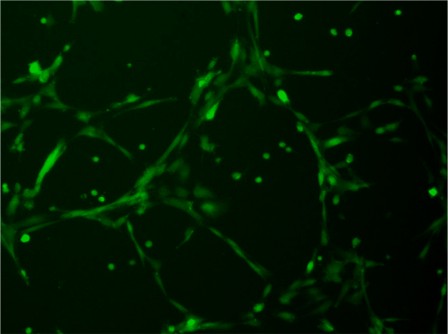 Newswise — People who inherit a mutated version of the ATF6 gene are born with a malformed or missing fovea, the eye region responsible for sharp, detailed vision. From birth, their vision is severely limited, and there is no cure. Jonathan Lin, MD, PhD, associate professor of pathology at University of California San Diego School of Medicine and Shiley Eye Institute, and team were the first to link ATF6 to this type of inherited vision impairment.

“We wanted to see if there was a way to correct this gene defect to restore function and help these patients with vision difficulties and blindness,” Lin said. “But it turns out our findings could also help advance the development of new treatments for other diseases caused by lack of blood supply to an organ, such as occurs in stroke and heart attack.”

The ATF6 protein is a transcription factor, meaning it helps turn other genes “off” or “on,” depending on what’s needed by the cell. ATF6 is normally activated when the cell is under stress due to the accumulation of unfolded or misfolded proteins. Lin’s team previously found that ATF6 is naturally “on” during stem cell development.

After Lin’s team first published the link between the ATF6 gene and this type of inherited vision loss, known as achromatopsia or cone-rod dystrophy, a few years ago, people with these conditions began contacting them from around the world. Many had never known the cause of their vision problems and they were eager to see if they had a mutated copy of the ATF6 gene. They were also eager to contribute to research that would further the understanding of the disease and efforts to find a treatment.

For this latest study, Lin’s team collected donated skin samples from a family living in New York. Three children in this family were born without fully functioning ATF6 genes. The researchers dialed the skin cells back, developmentally speaking, to produce induced pluripotent stem cells (iPSCs) — a special type of cell that can both self-renew, making more iPSCs, and differentiate, specializing into almost any other cell type.

Meanwhile, collaborators at The Scripps Research Institute screened millions of chemical compounds, using robotic technology to test each for their abilities to activate ATF6. They found 10 compounds that looked promising and gave them to Lin’s team for testing on the stem cells.

“We weren’t sure what to expect,” Lin said. “We just hoped one of these compounds would have some kind of positive effect.”

That’s why the team was particularly surprised, Lin said, when they saw the effects of one of these compounds, known as AA147. Not only did treatment with the AA147 compound activate ATF6 in stem cells, it altered the cells’ differentiation path. AA147 directed the stem cells to develop primarily into endothelial cells, which are essential for blood vessel formation.

“Normally, stem cells differentiate into many different cell types and it’s difficult to get them to produce a good amount of any one specific cell type,” Lin said. “Yet after AA147 treatment, around 70 percent of the culture turned into endothelial cells that were able to form blood vessels. That’s the most efficient way to experimentally produce blood vessels that I know of.”

Lin cautioned that AA147 is not yet a “bona fide drug” for many reasons. First, the effects they saw have so far only been replicated in cells growing in a laboratory dish, using high concentrations of AA147. They are now developing newer generations of the compound that are more potent at lower doses. Ultimately, AA147 — or some version of it — would need to undergo clinical trials for safety and efficacy before it could potentially be used to treat patients.

In the meantime, Lin said, the study provides valuable new information on ATF6’s role in human development and how its malfunctioning can lead to blindness.