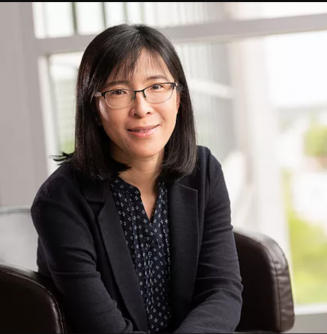 Newswise — CLEVELAND—Researchers at the Case Western Reserve University School of Medicine have identified a new target in development of Alzheimer’s disease (AD) that could lead to therapies focused on treating the neurodegenerative condition early in its progression.

The discovery helps bolster a promising approach to AD research: finding and manipulating processes earlier in the disease’s development with hopes of slowing its advance.

“This is a missing part of the puzzle,” said Xin Qi, a professor in the Department of Physiology and Biophysics at the School of Medicine and lead researcher of the study, just published in the journal Science Advances. “We’ve discovered a pathway that is accessible to detection and potential treatment, prior to much of the disease’s damage and well before clinical symptoms appear.”

First identified more than 100 years ago, AD is an age-related neurodegenerative disorder that is associated with deposits of plaques of amyloid beta protein and tangles of tau protein in the brain, along with progressive nerve cell death. The cause of AD is not known, and the greatest risk factors for developing AD are age, genetics, and a previous traumatic brain injury.

Before the defining pathological characteristics of the disease are in place, the new pathway identified by Case Western Reserve researchers can be targeted by potential therapeutics that aim to mitigate the degeneration of white matter that impairs the normal functions of brain circuitry.

“There is a growing body of evidence in the field that AD develops much earlier than previously thought, most likely decades before our current ability to clinically diagnose the condition,” said study co-author Andrew A. Pieper, the Morley-Mather Chair in Neuropsychiatry in the School of Medicine and Director of the Harrington Discovery Institute Neurotherapeutics Center at University Hospitals.

“Detecting the disease—and potentially treating it—at earlier stages will be critical to our battle against its devastating effects. The new pathway uncovered by Dr. Qi’s laboratory could be targeted for therapy before the disease has progressed to the point of causing cognitive problems,” said Pieper, also a psychiatrist at the Louis Stokes Cleveland VA Medical Center Geriatrics Research Education and Clinical Center (GRECC).

Researchers found that the pathway—known as Drp1-HK1-NLRP3—plays a key role in disrupting normal function of brain cells that produce the protective white matter sheathing for nerves, known as myelin.

The dysfunction and eventual death of these myelin-producing cells—called oligodendrocytes (OLs)—are well-established early events in AD that lead to cognitive deficits.

The new findings illuminate how OLs start to go awry: the overexpression of a certain protein (Drp1) within the recently discovered pathway.

It’s the hyperactivation of Drp1 protein that triggers inflammation and injury to OLs, culminating in a reduction of myelin—slowing communication in the brain—which leads to the degeneration of white matter and significant cognitive impairment.

A near total degeneration of OLs occurs before common symptoms of AD become apparent in most patients.

As such, researchers hope to target and manipulate the pathway with therapeutics that regulate the expression of Drp1, thereby slowing or reducing damage to myelin-producing OLs.

In fact, Qi’s lab has patented a small molecule, known as a peptide inhibitor, that regulates the expression of Drp1—putting the brakes on degeneration of brain cells.

In the study published by Science Advances, researchers found that eliminating Drp1 expression in mouse models corrected the energy-related defect in OLs associated with the hyperexpression of that protein; this approach also reduced the activation of inflammation OLs, lessened tissue damage at those brain sites and improved cognitive performance.

“Our results show promise that targeting the Drp1-HK1-NLRP3 pathway and reducing the expression of the Drp1 protein could help reduce the downstream cascade of abnormal brain functions associated with the progression of AD,” said Qi, whose lab has studied Drp1 for a decade, mostly in Parkinson’s and Huntington’s diseases.

“If therapies targeting this pathway can slow, stop or even reverse early stage AD progression, then possibly there can be a reduction or delay to later stage damage and impairments,” Qi said.

Most AD diagnoses are in patients 65 or older, so identifying the disease in younger patients can be difficult. Many patients experience a significant loss in their brain’s white matter—central to cognition, emotion and consciousness—before receiving a diagnosis.

“Identifying how AD unfolds in its earliest processes will help scientists better understand how to focus research into potential solutions for patients,” said Pieper. “The Qi lab’s findings may help in targeting AD earlier, potentially leading to better management of its symptoms and progression.”

“There have still been only a very small number of approved medications for AD since its discovery in 1907. While these medicines augment neurotransmission to provide temporary symptomatic benefit, they do nothing to slow disease progression,” said Pieper. “Identification of earlier approaches to treating AD—such as this research—is critical for society as the magnitude of AD is growing explosively with our aging population.”

University Hospitals / Cleveland, Ohio Founded in 1866, University Hospitals serves the needs of patients through an integrated network of 19 hospitals (including four joint-venture hospitals), more than 50 health centers and outpatient facilities, and 200 physician offices in 16 counties throughout northern Ohio. The system’s flagship academic medical center, University Hospitals Cleveland Medical Center, located in Cleveland’s University Circle, is affiliated with Case Western Reserve University School of Medicine. The main campus also includes University Hospitals Rainbow Babies & Children's Hospital, ranked among the top children’s hospitals in the nation; University Hospitals MacDonald Women's Hospital, Ohio's only hospital for women; University Hospitals Harrington Heart & Vascular Institute, a high-volume national referral center for complex cardiovascular procedures; and University Hospitals Seidman Cancer Center, part of the NCI-designated Case Comprehensive Cancer Center. UH is home to some of the most prestigious clinical and research programs in the nation, including cancer, pediatrics, women's health, orthopedics, radiology, neuroscience, cardiology and cardiovascular surgery, digestive health, transplantation and urology. UH Cleveland Medical Center is perennially among the highest performers in national ranking surveys, including “America’s Best Hospitals” from U.S. News & World Report. UH is also home to Harrington Discovery Institute at University Hospitals – part of The Harrington Project for Discovery & Development. UH is one of the largest employers in Northeast Ohio with 28,000 physicians and employees. Advancing the Science of Health and the Art of Compassion is UH’s vision for benefitting its patients into the future, and the organization’s unwavering mission is To Heal. To Teach. To Discover. Follow UH on LinkedIn, Facebook @UniversityHospitals and Twitter @UHhospitals. For more information, visit UHhospitals.org.