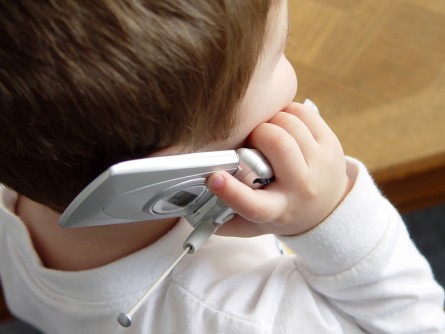 New study reports that children absorb twice as much microwave radiation from phones as do adults.

Newswise — A scholarly article on cell phone safety to be published online October 17 in the journal Electromagnetic Biology and Medicine reports the finding that cell phones used in the shirt or pants pocket exceed FCC exposure guidelines and that children absorb twice as much microwave radiation from phones as do adults.

The paper, titled “Exposure Limits: The underestimation of absorbed cell phone radiation, especially in children,” notes that the industry-designed process for evaluating microwave radiation from phones results in children absorbing twice the cellphone radiation to their heads, up to triple in their brain’s hippocampus and hypothalamus, greater absorption in their eyes, and as much as 10 times more in their bone marrow when compared to adults.

The existing process is based on a large man whose 40 brain tissues are assumed to be exactly the same. A far better system relies on anatomically based models of people of various ages, including pregnant women, that can determine the absorbed radiation in all tissue types, and can account for the increased absorption in children. It allows for cell phones to be certified with the most vulnerable users in mind—children—consistent with the “As Low As Reasonably Achievable” (ALARA) approach taken in setting standards for using radiological devices.

In the United States, the FCC determines maximum allowed exposures. Many countries, especially European Union members, use the “guidelines” of the International Commission on Non-Ionizing Radiation Protection (ICNIRP), a non-governmental agency.

Three additional authors contributed to the paper: Om P. Gandhi, ScD, of the Department of Electrical Engineering at the University of Utah; Alvaro Augusto de Salles, PhD, of the Electrical Engineering Department at the Federal University of Rio Grande do Sul in Brazil; and Yueh-Ying Han, PhD, of the Department of Epidemiology and Community Health at New York Medical College. Drs. Gandhi and De Salles serve on EHT’s Scientific Advisory Group.

Environmental Health Trust (EHT) educates individuals, health professionals and communities about controllable environmental health risks and policy changes needed to reduce those risks. Current multi-media projects include: local and national campaigns to ban smoking and asbestos; working with international physician and worker safety groups to warn about the risks of inappropriate use of diagnostic radiation and cell phones, promoting research and awareness of environmental causes of breast cancer, and building environmental wellness programs in Wyoming and Pennsylvania to address the environmental impacts of energy development, the built environment and radon. EHT was created with the goal of promoting health and preventing disease one person, one community and one nation at a time. Capitalizing on growing public interest in Dr. Devra Lee Davis’s three popular books, When Smoke Ran Like Water, a National Book Award Finalist, The Secret History of the War on Cancer, and Disconnect--The Truth about Cell Phone Radiation, What Industry Has Done to Hide It and How to Protect Your Family, as well as recent documentary films, the foundation’s website offers clear, science-based information to prevent environmentally based disease and promote health, for the general public, children, and health professionals. For more information about getting involved in the numerous special projects spearheaded by the EHT, please log on to www.ehtrust.org.