Computer models suggest seeing things out of focus as infants may help children develop the ability to recognize faces and other objects, as visual processing develops in the brain over time 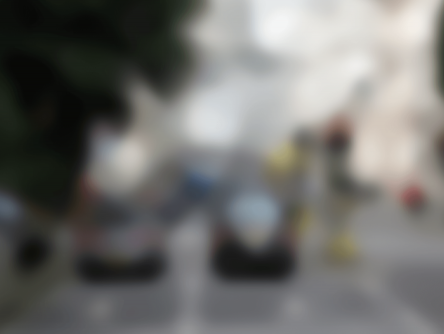 A newborn's vision is initially blurry as shown by this simulation.

Proceedings of the National Academy of Sciences; EYR01020517

Newswise — Shortly after birth when the world is a blur, babies may be learning to identify patterns. According to a new study funded by the National Eye Institute (NEI), the initial phase of blurry vision may be fundamental to the development of normal visual processing. The study appeared online October 15 in the Proceedings of the National Academy of Sciences. The NEI is part of the National Institutes of Health.

“The findings inform our understanding of how normal vision develops, which is important for addressing disorders that affect the brain’s visual processing system,” said Cheri Wiggs, Ph.D., program director for low vision and blindness rehabilitation at the NEI.

At birth, the shape of the eye does not allow images to be seen in sharp focus. As babies grow, their eyes change shape, improving visual focus. At the same time, areas of their brains that process visual images develop, forming connections and networks that help the infants recognize objects.

Children who never experience this initial phase of out of focus imagery can later have difficulty with complex visual tasks.

Such is the case for people born blind from cataracts who undergo corrective surgery later in childhood. Once treated, their visual acuity (ability to read letters on an eye chart) immediately improves.

But they’ve been observed to have long-term difficulty with facial recognition, said the study’s senior investigator Pawan Sinha, Ph.D., professor of vision and computational neuroscience at Massachusetts Institute of Technology.

“The rapid attainment of relatively high visual acuity after cataract surgery may be an important factor that pushes a child’s developmental trajectory away from the normal one, wherein acuity improves gradually after initially being quite poor,” he said.

Sinha and colleagues tested what they dubbed the “initial impoverishment benefit hypothesis” using a deep convolutional neural network—a computer-based image classification system with some similarities to the biological one. Much like the way a large number of interconnected neurons are involved in visual processing, deep neural networks rely on a constellation of many simple computing units whose connections to each other can strengthen or weaken with experience. This modifiability of connections helps them learn from errors and seek adaptations that improve classification accuracy over time. The application of such artificial intelligence systems is being explored in many fields including the detection of abnormalities on diagnostic and screening imaging tests.

“Caution needs to be exercised when using such neural networks as proxies of the human visual system,” Sinha said. There may be important differences between the two systems. “However, the initial stages of the deep networks, which are what we focused on in this study, do show striking similarities with their biological counterparts in terms of their response properties. This makes us more confident about using these stages of deep networks as approximate models of early visual processes in the mammalian brain.”

“From a practical perspective, these findings suggest a superior strategy for training deep neural networks,” he added. “Training neural networks on high resolution images has been a common default. Perhaps image recognition could be improved by drawing inspiration from human development, and training networks first with degraded images.”

The findings also suggest that children who have surgery for cataracts may benefit from a more gradual improvement in their visual acuity.

Future studies are needed to explore the initial impoverishment benefit hypothesis in other domains. For example, an analogous notion may also apply to auditory stimuli. Fetuses in the womb hear environmental sounds muffled by the amniotic medium. It could be that newborns born prematurely would benefit from an extended period of similarly muffled sounds to mimic the early auditory experiences of a full-term infant.

This press release describes a basic research finding. Basic research increases our understanding of human behavior and biology, which is foundational to advancing new and better ways to prevent, diagnose, and treat disease. Science is an unpredictable and incremental process— each research advance builds on past discoveries, often in unexpected ways. Most clinical advances would not be possible without the knowledge of fundamental basic research.